June 6, 2019 – Legendary gothic/death rock band CHRISTIAN DEATH is pleased to announce the release of their new video, “Forgiven” from the latest album, THE ROOT OF ALL EVILUTION. 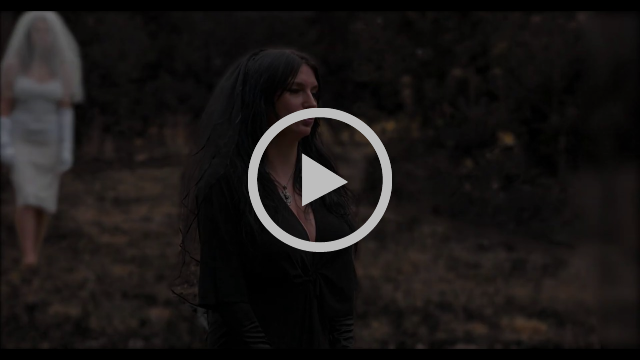 The founding fathers of American goth rock, CHRISTIAN DEATH took a relentlessly confrontational stand against organized religion and conventional morality.  They’ve set themselves up to shock, both in their cover art and their lyrics, which wallowed in blasphemy, morbidity, drug use, and sexual perversity.  CHRISTIAN DEATH has had an enormous influence on the American goth scene, shaping the sensibility of countless goth, metal, and even industrial acts that have followed.

Their self-consciously controversial tactics set them apart from the British goth scene, having more to do with L.A. punk and heavy metal, and thus the band dubbed its sound “death rock” instead; however, their sensibility was ultimately similar enough that the “goth” designation stuck in the end. Their music also relied on slow, doomy, effects-laden guitar riffs and ambient horror-soundtrack synths, and their theatrical performances were strongly influenced by British glam rockers like David Bowie and Roxy Music, as well as industrial provocateurs Throbbing Gristle.

In the beginning, not long after the local California release of the first album,ONLY THEATRE OF PAIN the band irrevocably and formally broke up. After being invited to the record release party for “Pompeii 99”a band already enjoying success in L.A., where Rozz met band leader, singer and guitarist “Valor”. Before long they were inseparable friends and Rozz was invited to join Pompeii 99.

When founding member Rozz Williams left in 1985, guitarist Valor Kand took over leadership and sent the group in a more intellectual, political, and metal-oriented direction. A subsequent dispute over ownership of the CHRISTIAN DEATH name lead many of their fans to take sides.

Recording the second album was followed by the very first CHRISTIAN DEATHtour which began in Paris and on to most European countries.  Work then began immediately on the third album, ASHES. Meanwhile, the release of a live album called THE DECOMPOSITION OF VIOLETS recorded in Hollywood was also released.

After the release of ASHES the following year, plans were underway for the second European tour.  Just weeks before the first scheduled date in Italy, Rozz announced his plans to quit the band. With no intention of cancelling the tour, Valor returned to lead vocals. The bass player became the guitarist. The guitar tech became the bass player and the tour proceeded as planned but without Rozz.

Now fronted by Valor, CHRISTIAN DEATH left California and settled in London England which they used as a base to tour Europe relentlessly in the midst of controversy, riots, bomb threats and protests by extremist Christian groups.

Nine studio and four live albums followed.  Among these releases was the critically acclaimed album SEX AND DRUGS AND JESUS CHRIST which depicted Jesus shooting heroin and included the single “Church Of No Return.”  Meanwhile in the USA, Christian organizations began burning their albums in public and on Christian Television networks.

In 1994, Valor relocated CHRISTIAN DEATH to the USA centering the band around himself with Maitri on bass and vocals. “He returned with 1994’s SEXY DEATH GOD, which many longtime fans greeted as his best and tightest effort in quite some time.”~ Steve Hue VH1.  Many US tours followed as did the live album AMEN and subsequent studio release, PORNOGRAPHIC MESSIAH.

After touring with Cradle of Filth in 2000, CHRISTIAN DEATH released one of the most metallic records in their catalog, BORN AGAIN, ANTI-CHRISTIAN featuring Dani Filth  on the song “Zodiac”

The post 9/11 period brought the album AMERICAN INQUISITION recorded on Season Of Mist Records.  The tours for this album included new territories for the band: Brazil, Chile, Peru, Ecuador. Australia, and New Zealand.

Between 2013 and 2014, the band did full tours of The Americas  with a full back catalog having digital global release.

2015 saw the release of the album THE ROOT OF ALL EVILUTION.  Touring began that autumn in Europe, went through North America in 2016 and returned to Europe, finishing in Israel.