The two Long Branch Records roster bands GHOST IRIS and FROM SORROW TO SERENITY are supporting the US giants AFTER THE BURIAL in UK and Germany! 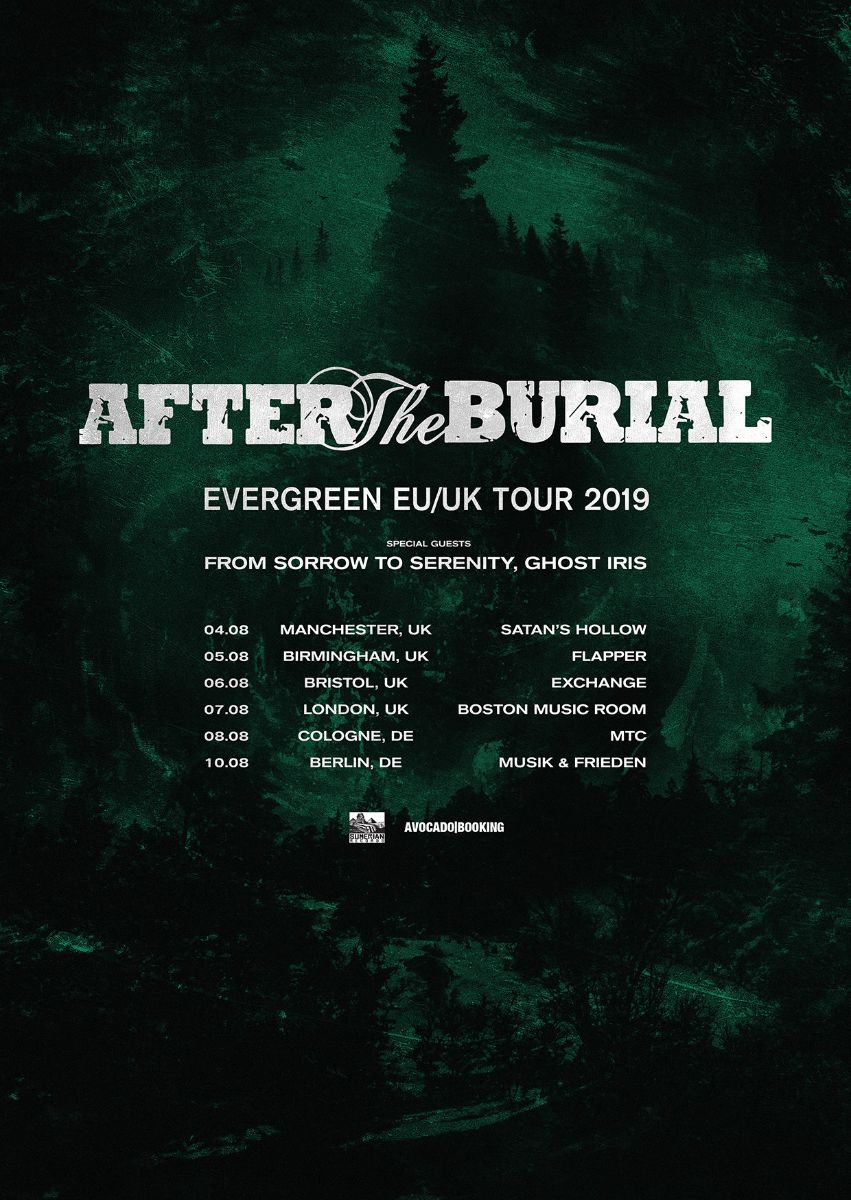 After releasing their new albums earlier this year, both GHOST IRIS and FROM SORROW TO SERENITY stay busy for the remainder of the year.

While From Sorrow To Serenity will be supporting BETRAYING THE MARTYRS in Japan in a few days and play a headline tour through the UK, the danish heavy hitters Ghost Iris just came home from a tour with SOEN and WHEEL, only to be supporting the mighty DREAM THEATER on dates in June and July. Now both announce that will be supporting US heavyweights AFTER THE BURIAL for their UK and Germany, with switching the direct support between the countries (FSTS in UK, Ghost Iris in Germany).

Here are the dates:

Alongside the tour announcement From Sorrow To Serenity also released a new video today named “Perpetrator”, taken from their latest album “Reclaim”.