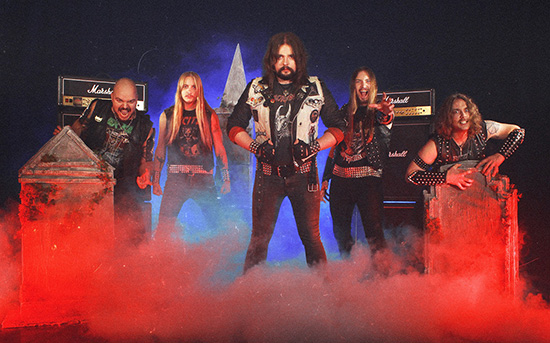 VULTURE is a Heavy Metal force to be reckoned with! The German spike-and-leather quintet has just finished recording their 2nd longplayer ‘Ghastly Waves & Battered Graves‘ for a June 7th release via Metal Blade Records.

To raise the anticipation towards the album the band will release a 7″ on April 5th entitled ‘Beyond The Blade‘! Side A features the title track while the B-side will feature the Thin Lizzy cover ‘Killer On The Loose’, on vinyl available only on this 7″. Check out the video teaser at: youtu.be/Oq224ZqVR9Y 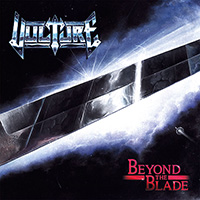 “We’re enthusiastic to finally be able to release a first glimpse of what “Ghastly Waves & Battered Graves” is gonna be about. Dive deep into the ripping riffs of ‘Beyond The Blade’ and watch out for these gloves. Something’s coming at y’all!”

About the reasons for choosing the Thin Lizzy covertune:

“Finding a fitting cover isn’t easy but this track just clicks with Vulture. You have the lyrical theme, the ripping riffs and most importantly it’s a great song by one of our favorite bands.”

VULTURE formed in 2015 and released their debut LP ‘The Guillotine’ in the summer of 2017 and straight on the boys continued their killing streak with eight massive songs that contained even more aggression and fury than their predecessors. Having added more melody and variation to their songwriting, VULTURE clearly emphasizes that they are not in line for being yet another homage to the 80s metal scene.