For some years now, these Swiss have been known as convinced and, above all, fully capable thoroughbred idealists.

Also on stage, this could be solidified in addition massively – who was ever in the gigs of the Helvetic maniacs, knows about their powerful sweatdriver factor. 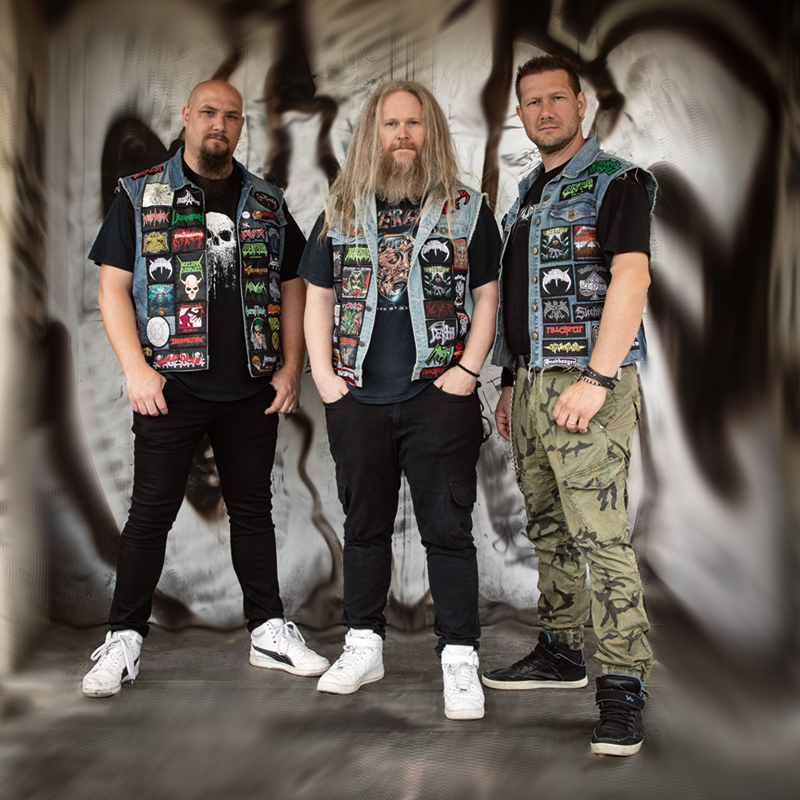 Now the musical terror continues … FREAKINGS do themselves a great honor and present the new songs with the 4th album “Rise Of Violence” as a compositional sniper combo, which has been playculturally armed to the teeth.

The trio in the frenetic adrenaline rush rattles whipping songs into the earpiece with the utmost accuracy, so that it just breaks. All three members reveal themselves motivated to the last fibers of their earthly hulls.

Blessed with a wonderfully dynamic wealth of ideas, selectively martial-centered, and at the same time structurally clever – just 100 % song-useful. 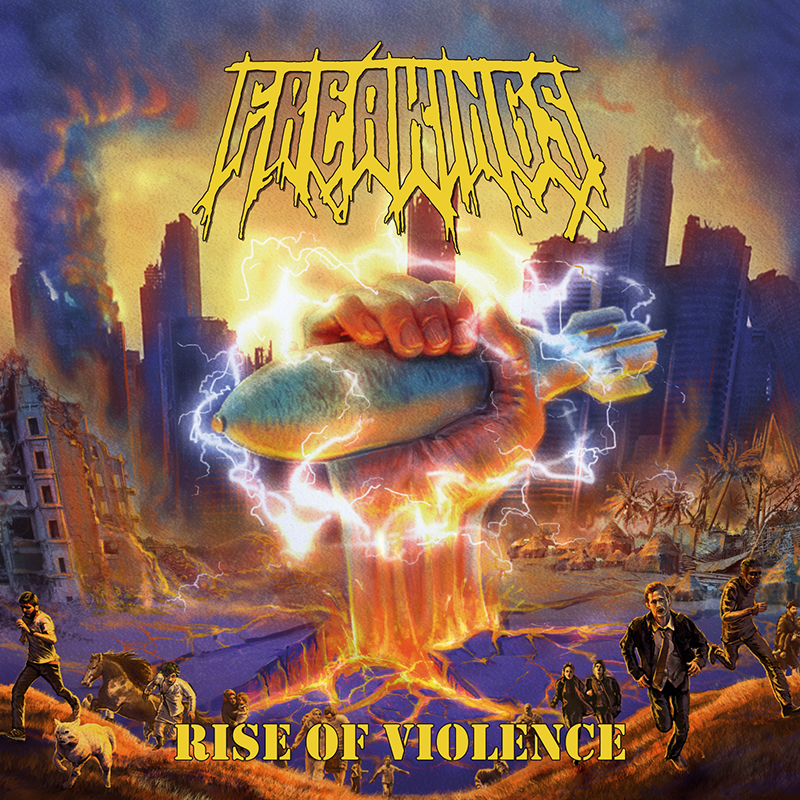 With whole thunderstorm discharges of hellishly peppered precision riffs, an insanely varied tornado drumming of the highest warning level and brutishly charismatic shouting of the sovereign class, the new material of the top trained Swiss goes in like liquid butter!!

Everything is perfectly synchronized on “Rise Of Violence”, even in the highest speeds, also the snotty gangshouts could not have been better placed. FREAKINGS set their own signs to storm!

The frenzied racing trio gives the old and new school of the genre a damn juicy, unforgettable lesson with “Rise Of Violence”! (Markus Eck)