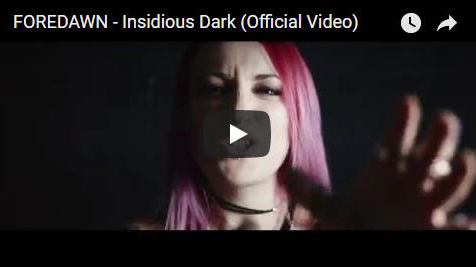 “Insidious Dark” is the first official video taken from the new album “Foredawn”,  available from today, that follows the audio stream “Nightfire”, out on the last 20th February.

The song is written by the female-fronted band FOREDAWN from Milan – Italy, devoted to an outstanding alternative metal. The single is the third song of the debut album “Foredawn”: the artistic production is by Emiliano Camellini (Wolf Theory/Mellowtoy), recordings and mix are by Frank Altare at Salvatore Addeo’s Aemme Recording  (Lecco, IT) and at 33Hz Studio, Trezzo Sull’Adda (Milan, IT).

Maybe, not everything that scares us is an enemy to fight…We try, we ask for help but…If the right way to take would be understanding and becoming who and what we are afraid of, in order to become stronger? Every chorus reminds us this main theme:

The videoclip has been shot by Lorenzo Giannotti at the ex psychiatric Hospital situated in Bovisio Masciago (Monza, IT). The lyrics are greatly represented by all the elements in the clip.The brand-new album “Foredawn” will be out on March 23rd, published by the The Jack Music Records label and it will be presented on saturday 24th March at  Legend Club, Milan  > https://goo.gl/3V7gnBwww.facebook.com/foredawn 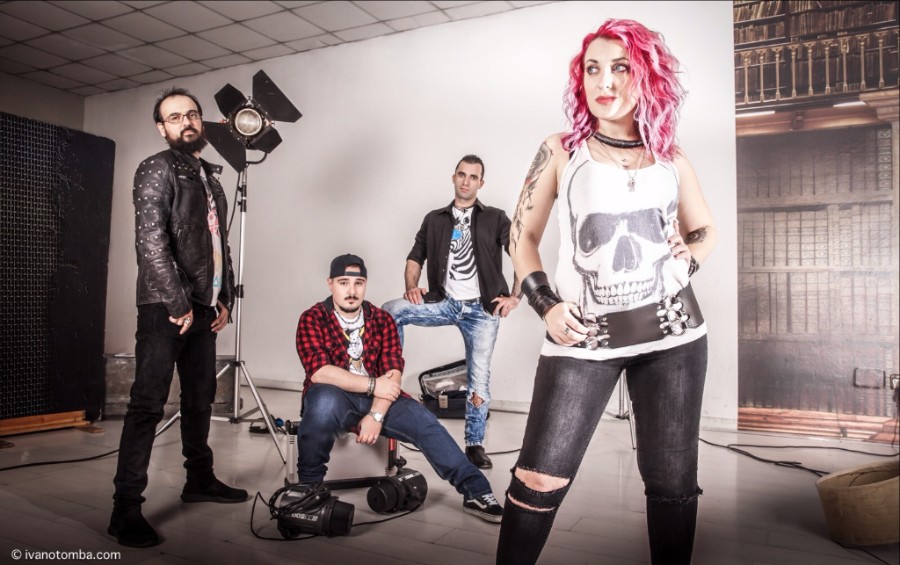 The night falls, silent and inexorable, and with it a new battle starts.Foredawn are warriors made of Light and Shadow, like everything around them. They fight a long war, hard and noiseless, in which the only weapon at disposition to face it is acceptance of his own wellbeing. During the cold and dark night, this clash is more alive than ever. At the most difficult moment, in the distance, it begins to glimpse the first dim light, that exact instant before dawn which gives hope and vigor back to the warriors exhausted by the battle, at this point. Foredawn understands they survived once again and they picks up the residual energies to tell, trough their music, all the experiences seen and lived throughout the uprising.

The energetic sounds made by instruments weaves with the voice, sinuous and powerful, like a snake wrapping his prey. Their attitude is participating in every single beat and verse. The shadow have to become light so that each one of us can, someday, shine in the obscurityForedawn is an alternative metal band from Milan, formed in 2017. The musicians already played in other bands of the scene, from which decided to take distnace, in order to give light to a new project. Irene and Ivan, sister and brother, respectively vocals ad drums, started to play together already few years ago, and they leave from the previous line-up with Iavn, the drummer, and let the new project Foredawn come into the world.

The first album “Foredawn” will be out on the next 23rd March, published by the label The Jack Music Records.