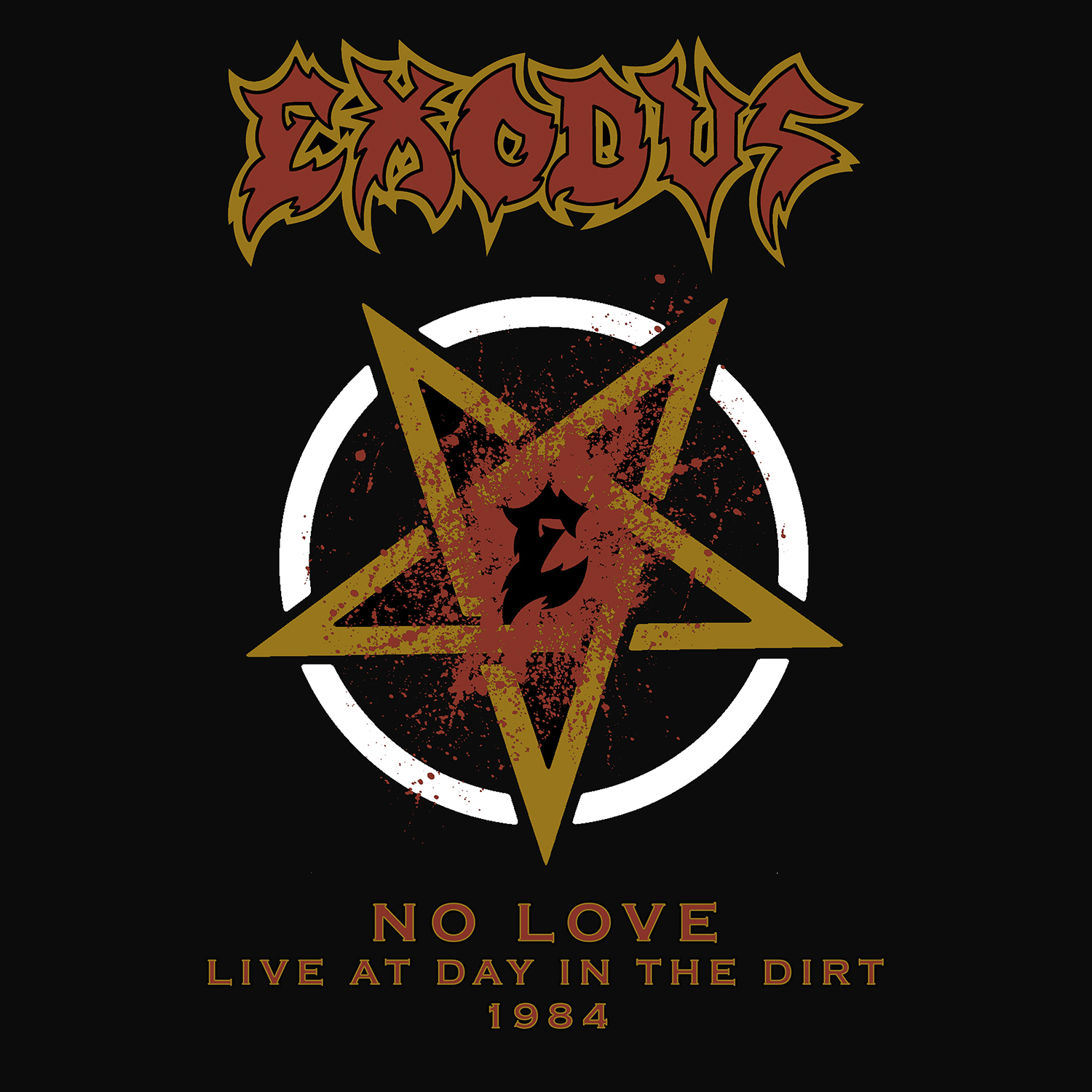 The formation of the beast we now call EXODUS began in Richmond, CA in 1979, and although many started their journey as fans a few years down the line, there is no debating that the early 80’s was a time for major growth in the world of thrash metal, especially in the Bay Area of California.

Day In The Dirt was perhaps the ultimate example of the Bay Area thrash metal underground scene in 1984. A plywood stage constructed in a Berkeley, CA park where SLAYER, SUICIDAL TENDENCIES and EXODUS played to a frenzied crowd of headbangers. It was also evident from this show, and others like it, why EXODUS was so influential on the Bay Area scene and thrash metal in general. With the eventual release of their first album »Bonded By Blood«, the band would take their music and their live show to new heights of insanity in the years that followed.

Take a trip back to that incredible time in thrash metal history with the recently unearthed live recording of ‘No Love (Live At Day In The Dirt 1984)’, and listen to the raw power of the original »Bonded By Blood« line-up of the band that started it all… EXODUS!

In celebration of their 40 year reign, EXODUS is proud to release the single ‘No Love (Live At Day In The Dirt 1984)’. Check out the track stream here: www.youtube.com/watch?v=DYLbWpL4OJ0 (Photographs: Brian Lew)

“Day In The Dirt was almost like the Bay Area thrash metal Woodstock, our own underground version on the legendary Day On The Green shows we all attended so many times. What happened that day at Aquatic Park in Berkeley has gone down in Bay Area lore as an epic day for the underground thrash scene. The brainchild of the late great Wes Robinson, we were fortunate to have been a key part of such a great show. It was Rick Hunolt’s second EXODUS show as well I believe!”

Stay tuned for more information on upcoming festivities surrounding the 40 year anniversary as well as their highly awaited eleventh album.

This Finnish thrash band started some years ago and released thier first album when they were very young. The lyrics and song titles were quite simple back then, also the music wasn’t very groundshaking. Their [Read »]