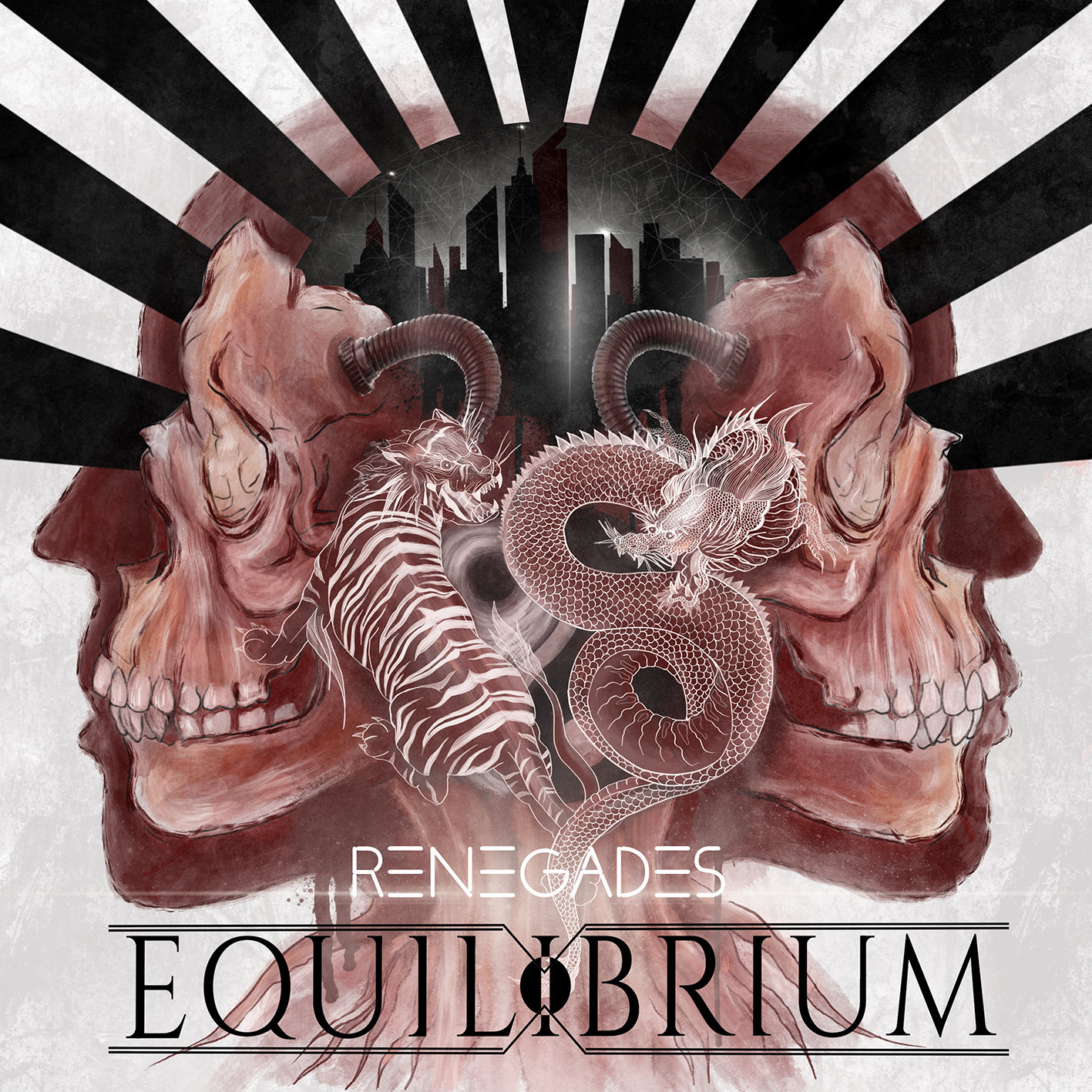 Progress without estrangement is a rare craft that very few bands truly master. All too often, a band ventures so far from its roots it that loses its trademark sound. And every so often, a band’s stagnation drains all of its charm. Finding that rare balance between the two is a huge task not easily accomplished. And yet there is a band that has been coming close to that perfect balance more and more over the course of the past few years. A band that, ironically, already bears that balance in its well-known name: EQUILIBRIUM.

Their latest, sixth record “Renegades” (out: August 16th via Nuclear Blast) is heralding a watershed, the turn of an era for this genre. This is metal at its most epic and most monumental, bearing huge songs, resting firmly in the Zeitgeist with a massive, modern production and sporting quite a number of eclectic influences. And before the bleating erupts: It’s working, it’s blending in – and above all, it’s still Equilibrium. Quite possibly more than ever.

Convince yourself, the band unveils the first digital single, the title track “Renegades”.
The song is available on all official streaming and download platforms.
Download or stream the new track here: http://nblast.de/EquilibriumRenegadesSi

“We are very excited to finally share a first song from our new album with the world. Even though all songs are pretty different from each other, ‘Renegades’ gives a good taste of what you can expect this time from EQUILIBRIUM.”

In support of this upcoming release, the band will tour Europe in early 2020 to present the new material to their fans! Direct support will come from German dark-rock band LORD OF THE LOST. Melodic death metallers NAILED TO OBSCURITY and newcomers OCEANS will be playing as the opening acts! Find all dates below!

w/ LORD OF THE LOST, NAILED TO OBSCURITY, OCEANS (*)