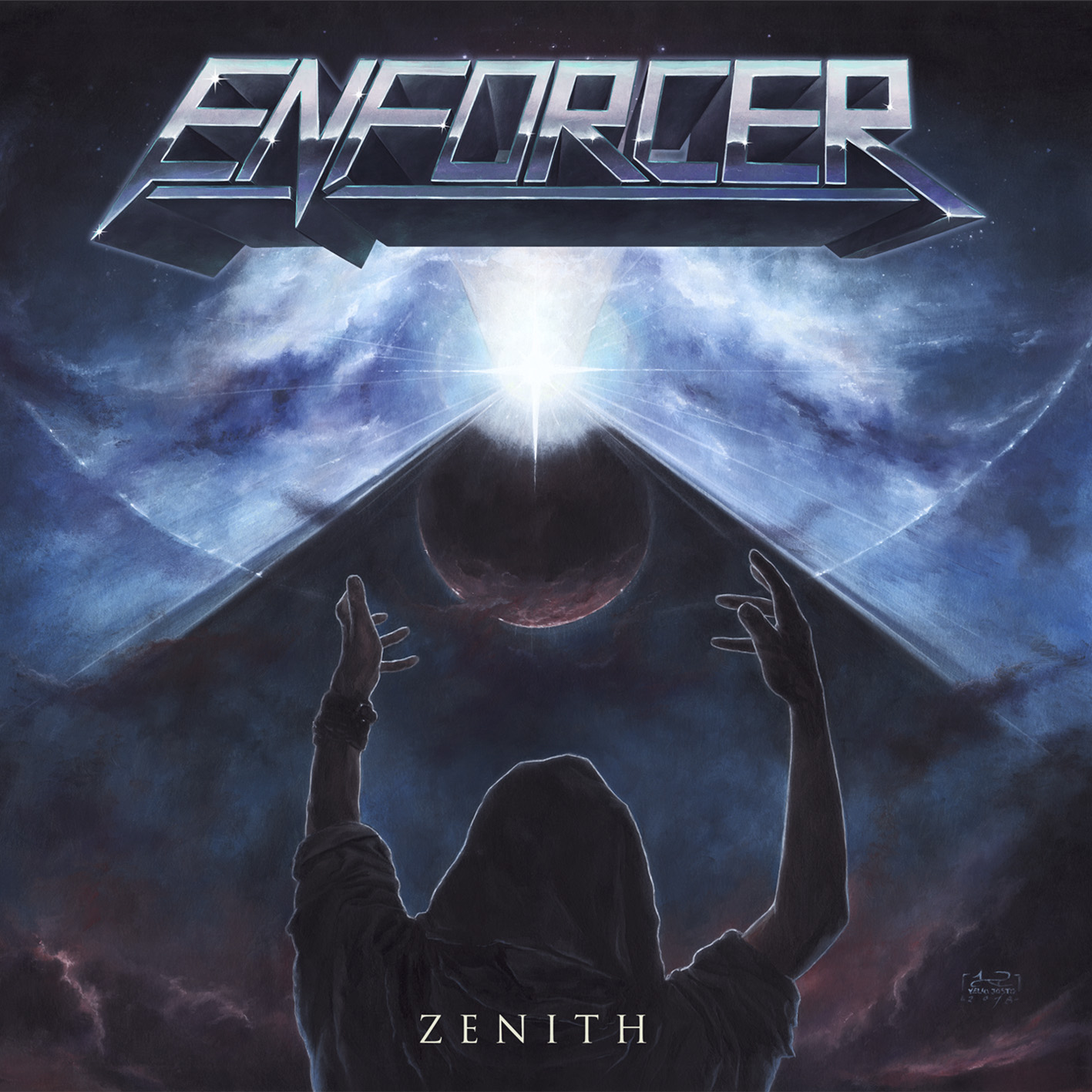 Last week, Swedish metallers ENFORCER unleashed the first single, ‘Die For The Devil’, from their forthcoming studio album »Zenith«, which will be released on April 26, 2019 through Nuclear Blast. Today the band has revealed a big surprise for their Spanish speaking fans: although »Zenith« was originally written and recorded in English, the band has decided to record a version in Spanish too! Watch and listen to the official lyric video for the album opener, ‘Muere Por El Diablo’, over on YouTube: https://www.youtube.com/watch?v=4aRHfLRHnw4

“Here’s something special for you! This is a tribute to our Latin American fans for being the best fans in the world!”

Check out the English version, ‘Die For The Devil’: https://www.youtube.com/watch?v=LSvSxlOv6F4

»Zenith« can now be pre-ordered in various formats, here: http://nblast.de/EnforcerZenith

Pre-order the album digitally to receive ‘Die For The Devil’ / ‘Muere Por El Diablo’ instantly (amazon and iTunes only)!

Pre-save the album via Spotify: http://nblast.de/ENFORCERzenithPreSave

02. Zenith Of The Black Sun

07. One Thousand Years Of Darkness

09. Forever We Worship The Dark

10. Ode To DeathBonus Track (DIGI only!)

»Zenith« contains 10 brand new anthems, bringing not only classic tunes, but also fresh blood to the band’s unique sound. In addition, guitarist Jonathan Nordwall debuts as new permament member of the group on the forthcoming record. Comments Olof Wikstrand on the new record,

“»Zenith« is definitely the most ambitious project we ever engaged ourselves in. I think all together we spent over two and a half years to write, produce and record it all. We are super excited to finally get this one out to you all. Beware the ‘Zenith Of The Black Sun’.”

With the drums having been recorded at Soundtrade Studios, Stockholm and the rest of the tracking completed at Hvergelmer Studios, Arvika, »Zenith« was produced by ENFORCER themselves. The artwork was created by Italian artist Velio Josto.