w/ RISE OF THE NORTHSTAR& OBEY THE BRAVE 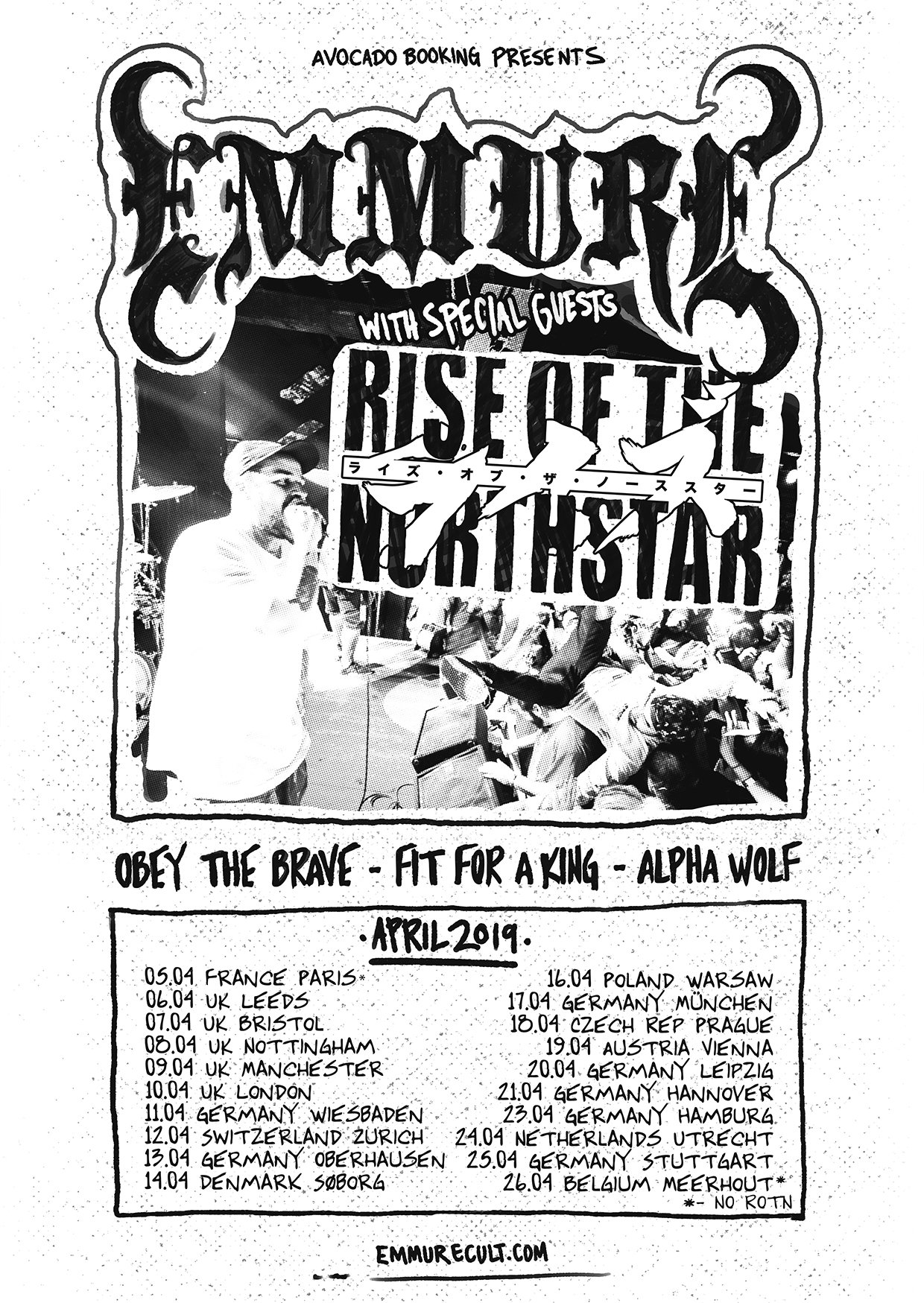 Notorious NYC deathcore mob EMMURE are pleased to announce a headline European tour this coming April 2019, with Europe’s biggest crossover band RISE OF THE NORTHSTAR appearing as special guests. Accompanying them on the road will also be OBEY THE BRAVE, FIT FOR A KING and ALPHA WOLF.

Pre-Sale starts on Monday, December 10 at 11am CET

RISE OF THE NORTHSTAR

FIT FOR A KING

In March 2017, EMMURE released their blistering latest studio album »Look At Yourself« – a brutal self-examination and observation, balancing hate, bile and perseverance, with the tempered experience of a life spent in pursuit of self-reliance and respect. It‘s beautifully expressed in a crushing barrage of riffs that never fail to push the forward-motion groove. »Look At Yourself« represented a coming of age for EMMURE, a new chapter in an aggressive autobiography that stretches back to the band’s very first album, released when singer Frankie Palmeri was barely out of his teens.

‘Flag of the Beast’

RISE OF THE NORTHSTAR released their second studio album, »The Legacy Of Shi« in October of this year. It was recorded with GOJIRA’s Joe Duplantier in his Brooklyn, NY-based Silver Cord Studios. The album contains 11 brand new songs and one additional bonus track (vinyl and Japan only) with a running time of 44, respectively 48 minutes. Over the course of the past 4 years, the internationally acclaimed band has become a household name for crossing 90s metal, rap, hardcore and Japanese culture as well as brutal and intense live shows. After the release of their globally praised debut album, »Welcame« (2014), the band embarked on countless tours, leaving dropped jaws everywhere. With their new, crushing album in store, the Northstar will rise to unknown heights. 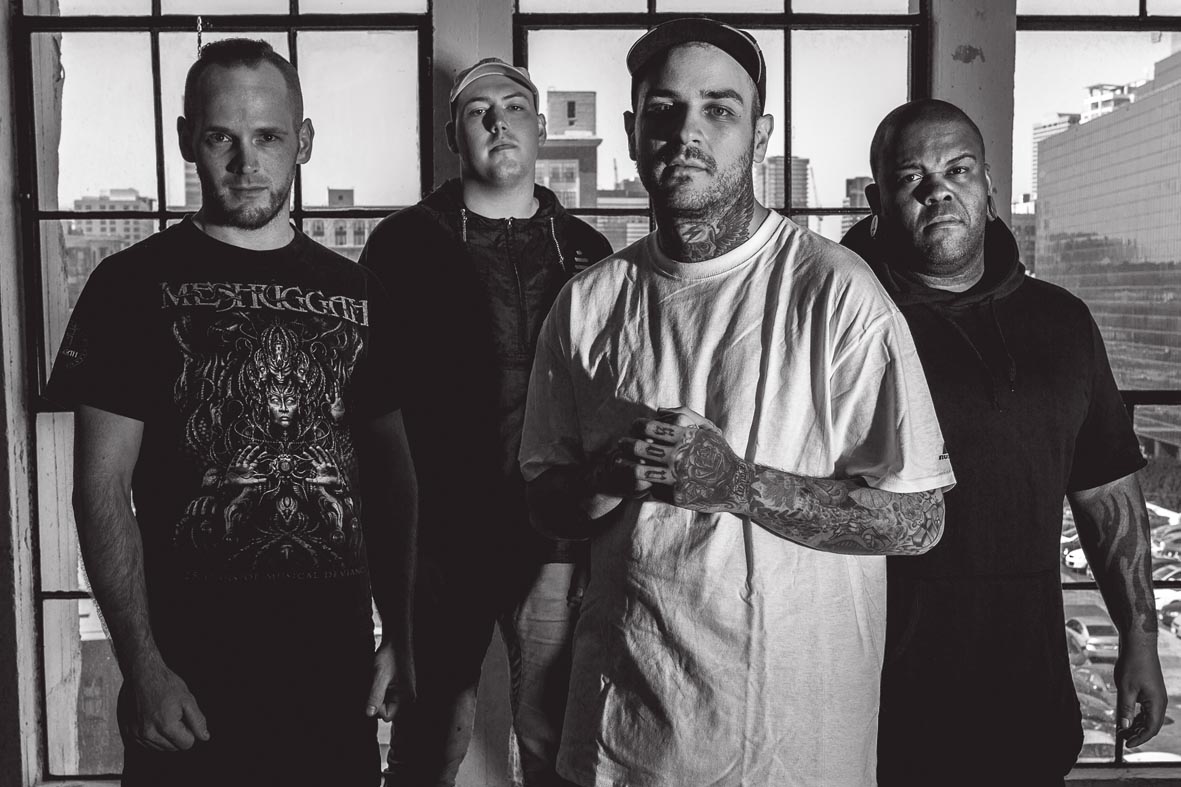 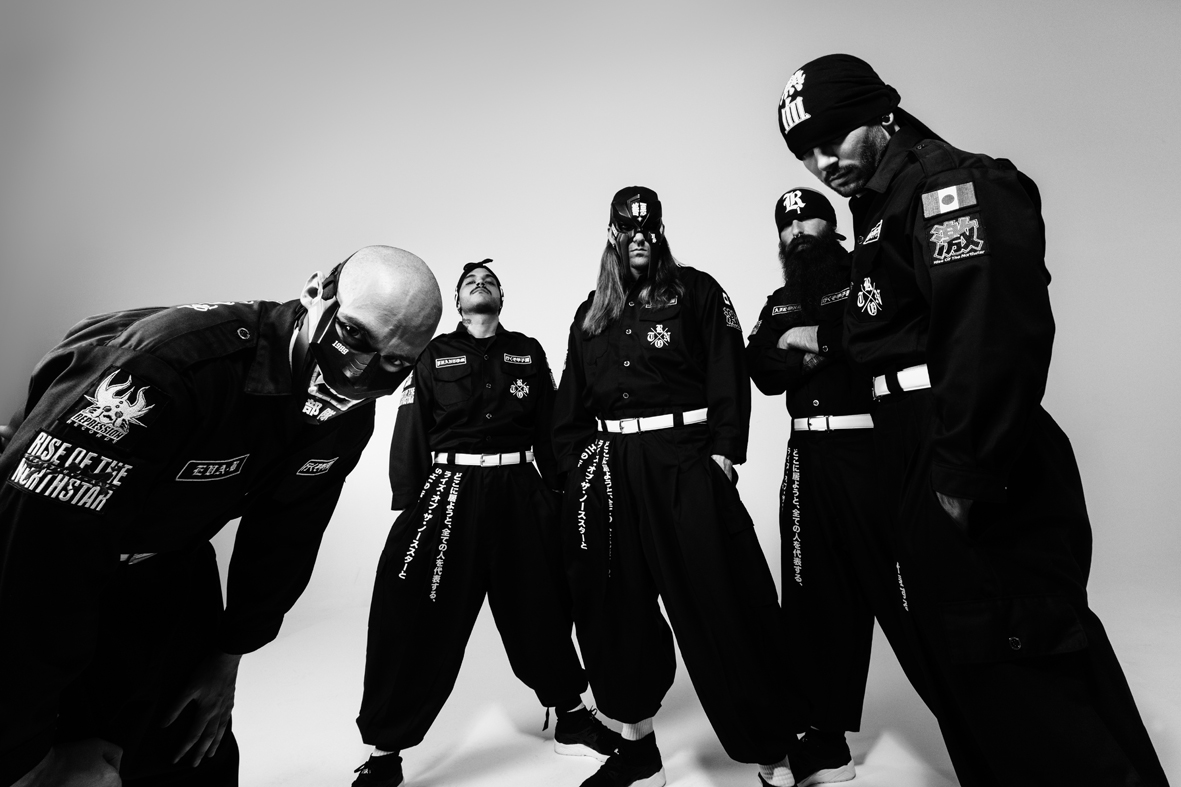