EAGLES OF DEATH METAL, IMMOLATION AND OTHERS TO WARM UP FOR COPENHELL 2019

Read much more about the festival in their official COPENHELL app.

Four hard and heavy bands have just been announced for COPENHELL 2019’s warm-up day on Wednesday, June 19 – EAGLES OF DEATH METAL, IMMOLATION, 1000MODS and LIKE A STORM. 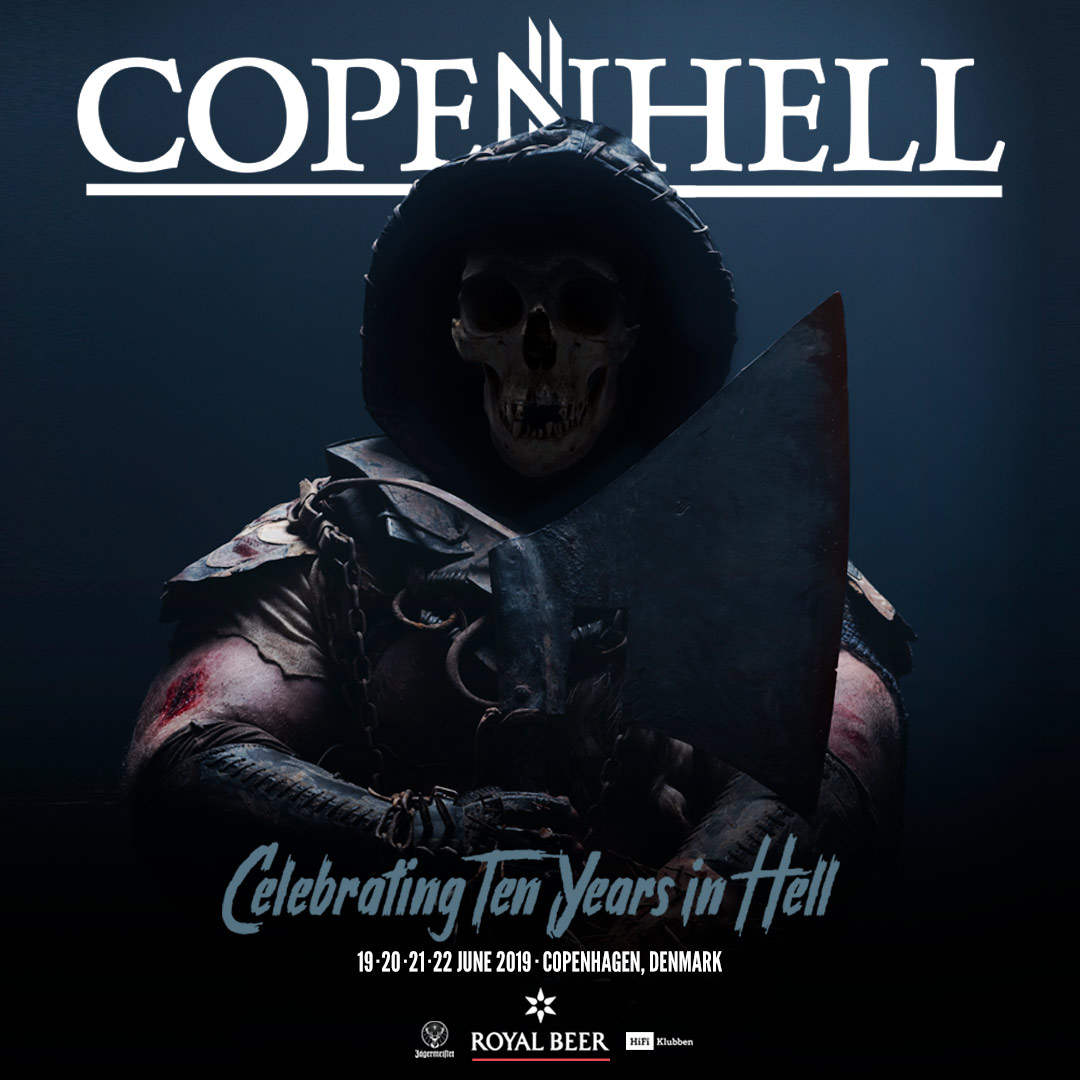 In 2018, COPENHELL introduced a fourth festival day before the three ’real’ festival days, where a part of the festival site is opened and the audience gets to warm up with bands on the Pandæmonium stage and party hard in the popular Biergarten tent. This new tradition continues at COPENHELL 2019, and four of the five bands that will entertain the audience on Wednesday, June 19 are now ready.

Despite their name, EAGLES OF DEATH METAL play punked and funky bluegrass desert rock. We’re talking classic decadent and dirty rock’n’roll atmosphere with a cheeky twinkle in its eye – not least from the incredibly charismatic lead singer Jesse Hughes. There is absolutely no pretentiousness at all about this band’s energetic and infectious rockabilly metal, which sounds exactly like something straight out of a jukebox in a dingy, smoke-filled biker bar somewhere in backwater USA. Expect great entertainment value from COPENHELL 2019’s main act on Wednesday!

The New York-band IMMOLATION are true death metal pioneers and for many fans, they are still one of the greatest names in the genre to this day. Since the late 80s, the band has reached several musical milestones and their latest album, ’Atonement’ from 2016, reinforced their status as one of the world’s most brutal and uncompromising metal bands.It is a great pleasure for us to welcome the first Greek band in the festival’s history to COPENHELL!

1000MODS play hard, riff-driven stoner rock with great headbanger factor and lots of personality. With three successful album releases behind them and lots of experience from the blooming Greek rock and metal scene, they are ready to impress COPENHELL’s audience.

The young hard rockers from LIKE A STORM are one of New Zealands hottest music exports right now, and they have already reached cult status in the rest of the world. The band’s grandiose rock songs are infused with lots of aggressive screams, heavy guitars and not least the hypnotic sound of a didgeridoo – and they will no doubt hit COPENHELL like a storm this summer!

COPENHELL 2019’s Wednesday schedule is included in a 4-day ticket for the festival. The last of the five bands will be announced at a later time. Wednesday tickets for COPENHELL cost 480 DKK, and festival guests with a 3-day ticket can upgrade to a 4-day ticket for 200 DK plus a small administration fee by directly contacting Ticketmaster at +45 7015 6565 or . Tickets can be purchased through www.copenhell.dk. Read much more about the festival and all of the bands at Copenhell.dk or in their official COPENHELL app.

Metal Blade to re-issue IMMOLATION and KING DIAMOND vinyl on the 24th of this month!

On the 24th of July Metal Blade Europe will re-issue one IMMOLATION and two KING DIAMOND albums on vinyl! Mark your calendars or – recommended – make sure to pre-order since copies on these gems [Read »]

Loudblast and Massacra are two French death metal bands we all know from the late eighties/early nineties. Another perhaps a little less popular band back then is Mercyless. With an EP in 1990 and 3 [Read »]