Rock on Agency is pleased to announce the return of the Power Metal band DragonhammeR in Spain.

The band will be touring in the Iberian country in December in support of the German power metal band Iron Savior. Piet Sielck’s band (founder member of Helloween) released their 10th album, “Kill or get killed” in March.
The opening band will be Aquellare (ES)

Here are the scheduled dates: 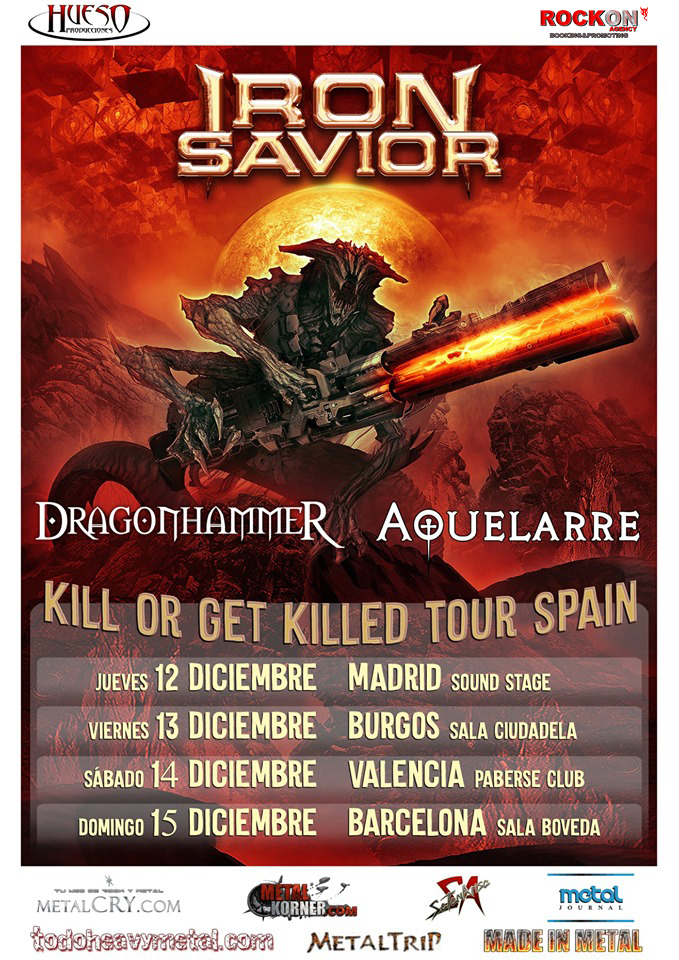