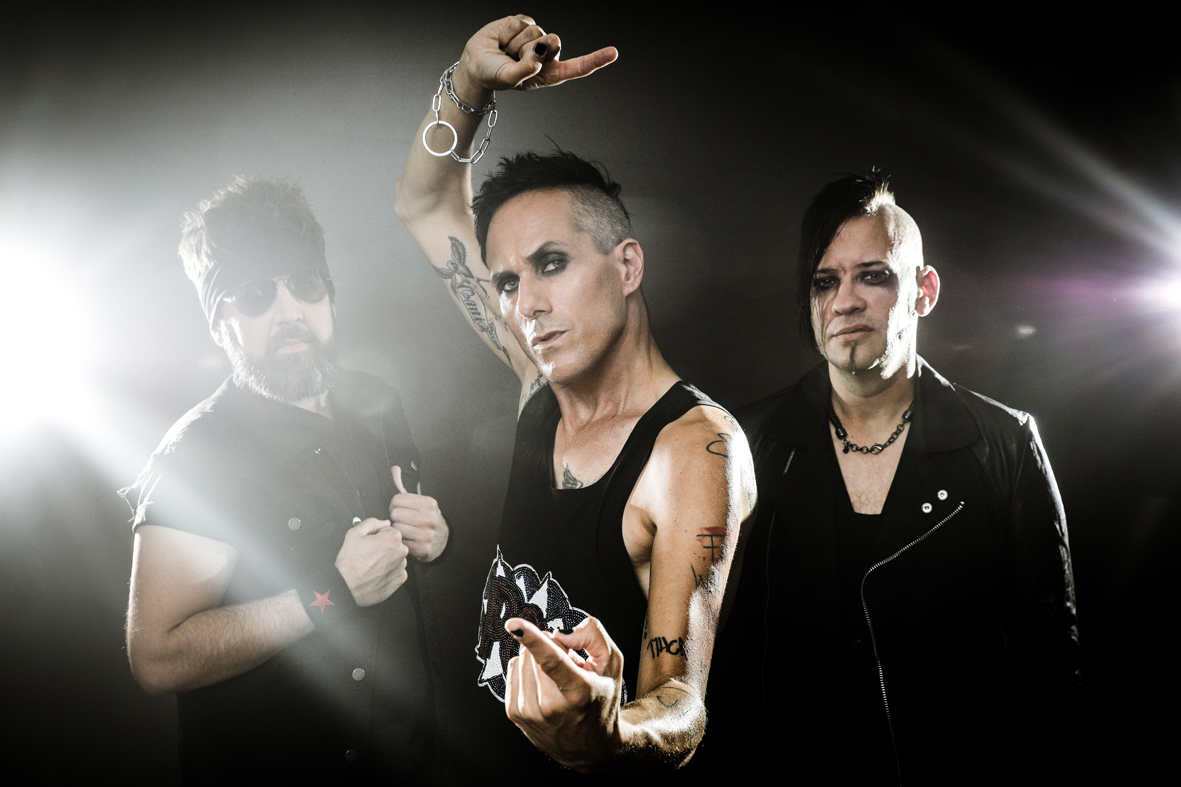 DOUBLE CRUSH SYNDROME announce their »Death To Pop Tour 2020« together with their new and upcoming album »Death To Pop«, which will be released on the 25th of October 2019 via Arising Empire and reveal its album cover!

More on the EP:

When acclaimed underground talent gets signed by a big player, eyebrows will be raised and questions will be asked.

So, Andy Brings, why are you taking your band, who proclaimed its independence like a mantra, and earned its reputation as a DIY sensation by sailing under jolly roger, to the luxury liner Arising Empire? „Because the right band has found the right company, it´s the perfect gathering of Rock n´Roll maniacs. It feels 100% right! We don´t have to make any compromises whatsoever. On the contrary, they want us to  be different from the rest and remain true to ourselves at the same time!“

And different is what DOUBLE CRUSH SYNDROME were, when they surfaced in 2013, fronted by singer and guitarplayer Andy Brings (ex-SODOM, ex- THE TRACEELORDS). Without a label or any kind of promotion, but armed with a self-pressed CD in a cardboard sleeve, they began to conquer the stages in and outside of Germany, starting a true Rock n´ Roll rampage. „We go out with the determination to give the people the best rockshow possible! We literally force them to have a good time!“ The band´s energy spread like wildfire, and so they spent the following 3 years on the road supporting acts like Sebastian Bach (SKID ROW), HARDCORE SUPERSTAR, DORO, J.B.O., OHRENFEINDT, W.A.S.P., LOUDNESS and playing countless shows on their own, each and everyone like it would be their last!

Now, what can we expect from the official debut album? „We see ourselves in the tradition of bands like Kiss, Ramones, Skid Row, Motörhead, Mötley Crüe, without even trying to sound like them.”

“It´s our version of Rock n´ Roll, naturally with a huge punk influence in the instrumentation, strong chorusses with an undeniable pop factor, and the power to destroy a small town. One small town per song that is !“ says Brings, without even the slightest indication of a smile. Is the band lacking a sense of humor? „Not at all, DCS is very tongue-in-cheek, and there´s a certain degree of anarchy happening on stage. But we are not a funny band per se, we take what we do very seriously! Still, everybody is supposed to have a good time, on stage and in the audience!“

The spectrum of songs reaches from powerful bombshells such as the band´s anthems ´Die For Rock N´Roll´ and ´Gimme Everything´ to more sophisticated wrecking balls such as ´Can´t You Be Like Everyone Else´ and ´Revolution´ and the most „expensive“ tune ´Ón Top Of Mount Whateverest´. Expensive? Andy Brings: „´On Top…´ stands out because the arrangement is a little more elaborate, with some synthezizer effects here and there, that let it shine a little brighter. We are very proud of that song!“ says, who has also produced and mixed the album.

And the lyrics? Does DCS have anything to say? „We are definately against it! We sometimes forget what it is that we are against in particular, but with a certain amount of punk anger inside you it doesn´t really matter! Just don´t take shit from anybody! But there´s no  political or ideological superstructure in what we do! Our interpretation of Punkrock is not wearing the politically correct brand of streetwear and shouting pseudo-intellectual slogans into the atmosphere. We dress up and want to entertain! Some songs celebrate love, some condemn it. What all songs have in common is never-ending hope and the will to live on your own terms, to love, laugh and cry, with a firm belief that everything will turn out fine. Be strong! Be happy!“

All systems are go, Mr. Brings?

„The enthusiasm of our new partner Nuclear Blast/Arising Empire is a kick in the butt we did not really need, but it´s definately nice to feel the support. Our powerswitch only has a „Full Speed“ and  an „Off“ position, there´s no in-between. We are not scared of anything or anybody, just bring it on! We die for Rock n´ Roll!“