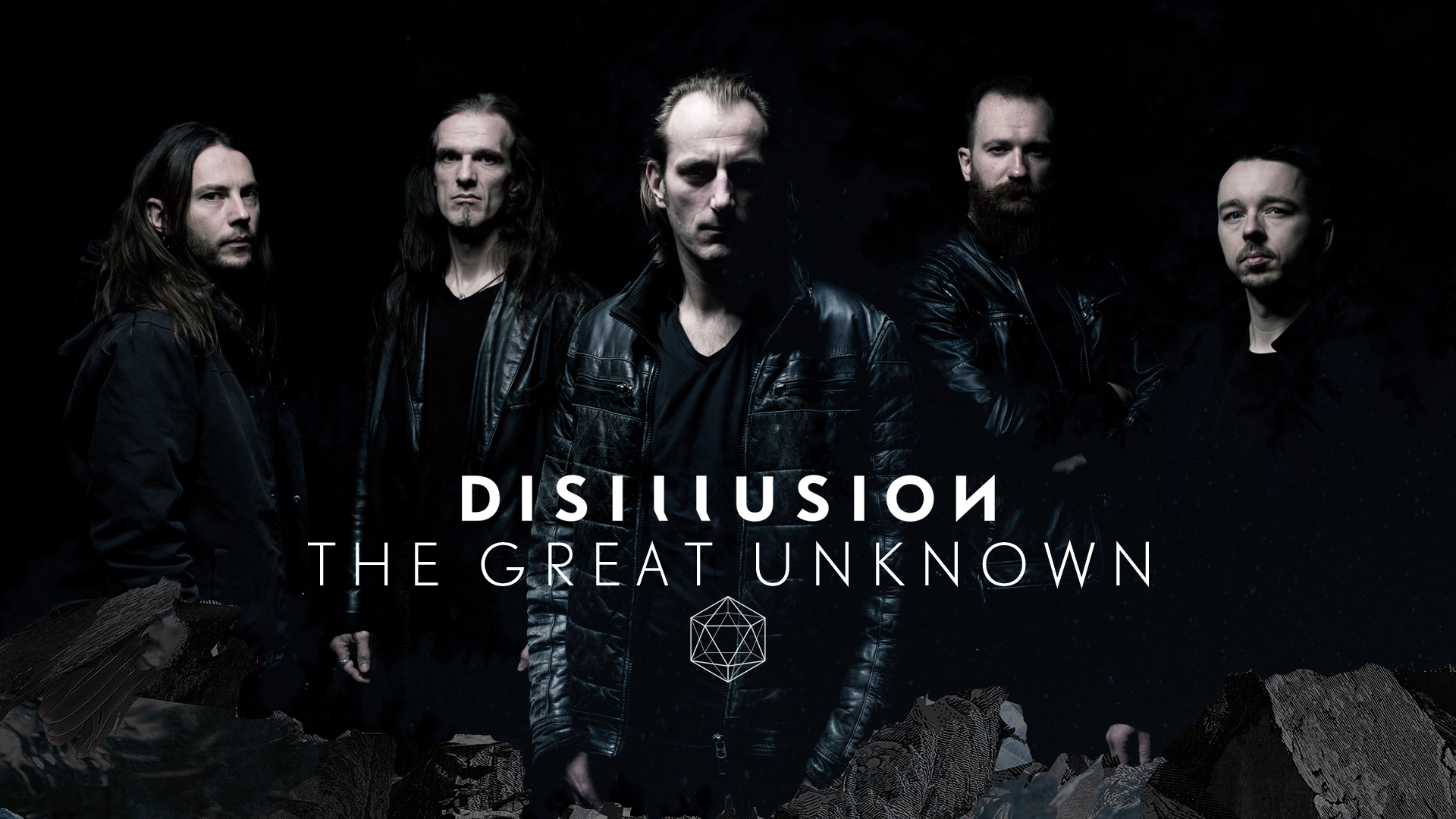 Disillusion‘s “The Liberation,” (out on Sept 6th, 2019) one of the most-anticipated progressive metal releases this year. The band’s creative force Andy Schmidt tells us, “though it gives you just a glimpse of the complete thing, the song is most representative for the ideas behind it, so we are looking forward to your reactions … and surely can’t wait to present you the whole record!”

With their two records “Back To Times Of Splendor” (2004) and “Gloria” (2006), the group from Leipzig, Germany, pushed the boundaries of melodic death and progressive metal so far as to redefine the genres themselves in terms of both emotional depth and stylistic scope. After successful concerts with a refurbished line-up in 2015 and the single “Alea” in 2016, their first new recording in a decade, mastermind Andy Schmidt and co. deliver the logical successor to “Back To Times Of Splendor” in the shape of “The Liberation”, an expression of clearance in the literal sense of its title and testament to human development.

Disillusion in 2019 resembles the storm you feel brewing over an epic such as ‘Wintertide’, the straight-in-your-face stunner ‘The Great Unknown’, or the unexpectedly catchy and hookline-laden ‘Time To Let Go’, which – quite naturally – turned out to be exactly what fans have been craving for so long.

“The Liberation” was mastered by Jens Bogren (In Flames, etc.) and is released on September 6th as Digipak CD, gatefold 2LP (black, blue or clear) with etching as well as 60-page 2CD book edition (hardcover, 18x18cm) with expanded artwork and audio commentary.