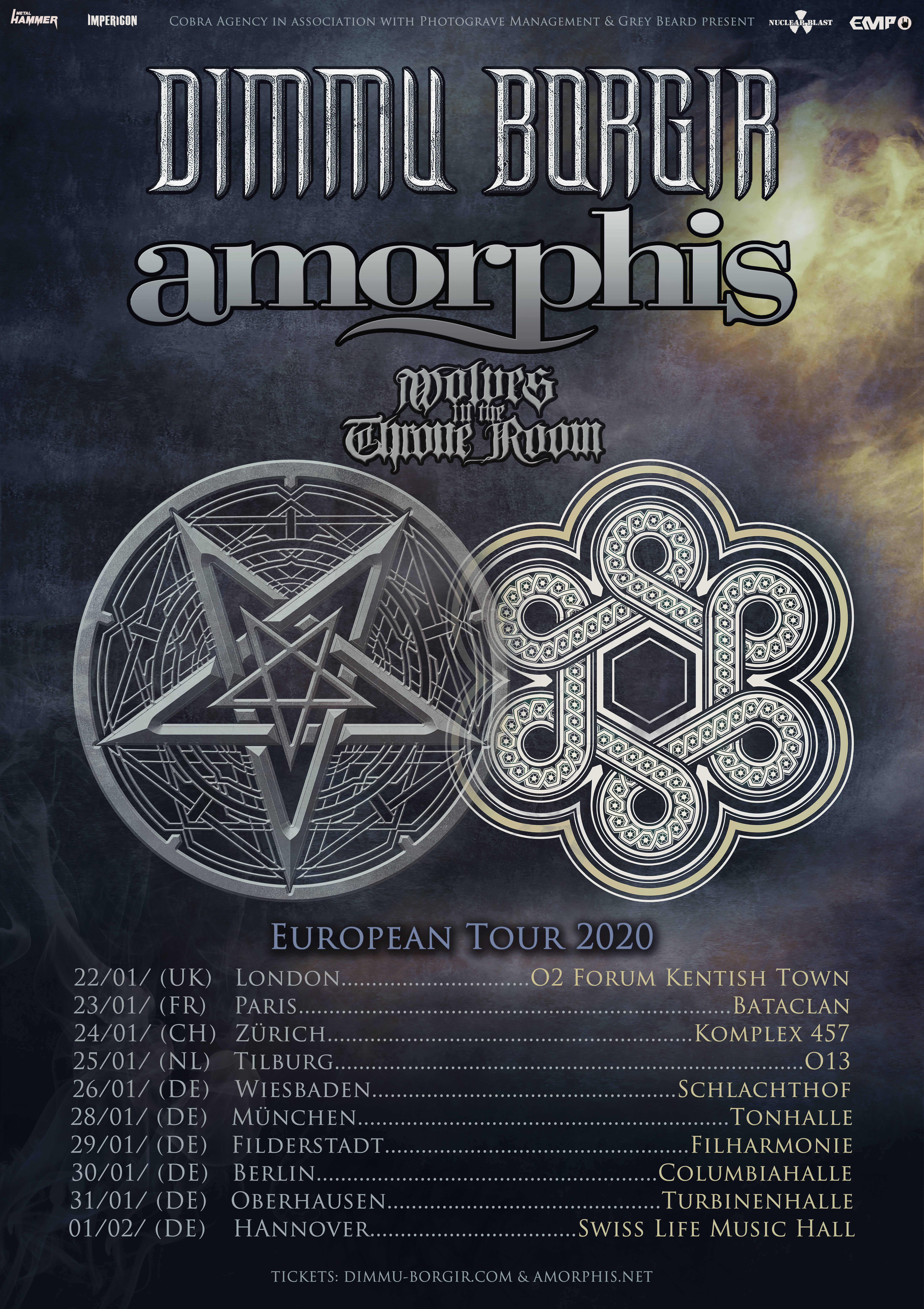 The year 2020 is set to start with a roll of thunder! Today, the Norwegian black metal force DIMMU BORGIR and Finnish melodic prog metallers AMORPHIS announce a co-headline tour that no metal fan should miss. In January and February of 2020, the unholy Scandinavian alliance will haunt 10 European cities and bring the American post black metallers WOLVES IN THE THRONE ROOM along as support.

“We’re going to crush Europe in January next year, and together with AMORPHIS, we’ll make sure that Nordic darkness will create a perfect winter’s storm. See you all soon!”

“When the idea of doing a co-headline tour with DIMMU BORGIR came up, it sounded great, but at the same time we were really surprised. However the more we thought about it, the more it sounded like a perfect match. Musically we are different, but deep down, it’s not really by that much. There’s a lot of similar elements where both bands take their inspiration. Both bands are absolutely unique on stage. It is needless to say that this tour is going to be a true killer with a massive production, that will undoubtedly bring even more coldness into people’s hearts in January 2020.
We would also like to welcome WOLVES IN THE THRONE ROOM to open the evenings.”

WOLVES IN THE THRONE ROOM added:

“We are ready to blaze forth across Europe with these two titans of Heavy Metal! DIMMU BORGIR and AMORPHIS are bands that we love and we are looking forward to supporting them on this tour.  We will be playing songs off our new album (released by Century Media in February) as well as some classic WOLVES material.  Thank you!”

See the bands on one of the following exclusive tour dates. Tickets go on sale on August 14th at 10:00 CEST.

with WOLVES IN THE THRONE ROOM

DIMMU BORGIR’s monumental 10th studio album, “Eonian” was released right in time for the band’s 25th anniversary last year, about seven years after its predecessor, “Abrahadabra”. Since then, the infernal trio consisting of Shagrath, Silenoz and Galder has played various tours all around the world, including shows at leading metal festivals such as Wacken and Hellfest.

AMORPHIS have also been busy touring last year after the release of their 13th studio album “Queen Of Time”, that further established the band’s reputation as one of today’s leading Finnish metal acts. With their complex and original blend of folk and metal elements, a well-balanced interplay of clear vocals and harsh growls, the band is even said to have invented their own genre. 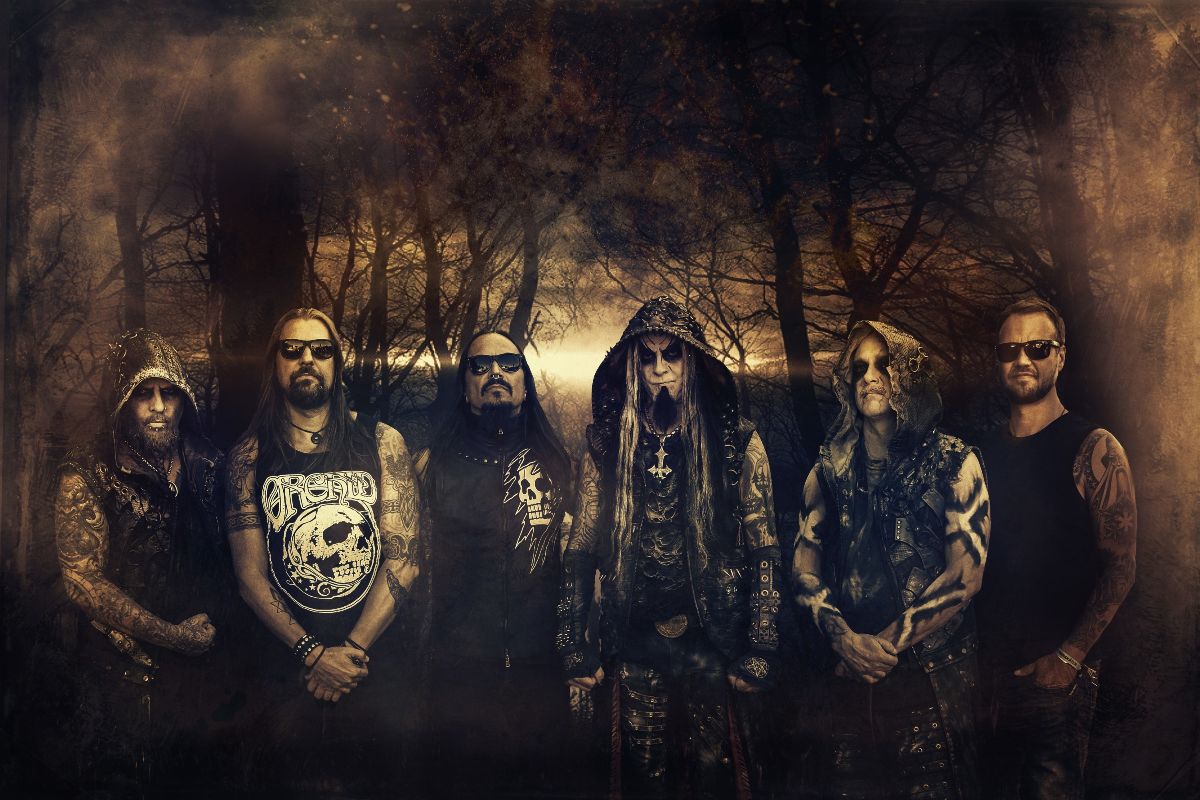 The Finnish masters of melancholic progressive metal, AMORPHIS, will partake in a live Q&A with fans next Thursday, September 3. Fans can visit the band’s Youtube channel that day at 9 am PDT / Noon [Read »]

AMORPHIS – reveal first making-of episode of »Under The Red Cloud«!

Finnish masters of Melancholic Metal, AMORPHIS, have announced their new record»Under The Red Cloud«, which will be released worldwide on September, 4th viaNuclear Blast. In support of their upcoming output, the band reveals the [Read »]

The clip gives an insight, about the vocal recordings, mix and mastering along the work with producer Jens Bogren. “I am very happy and can honestly say I’m pleassed with everything”, Borgren commented. Watch the episode [Read »]