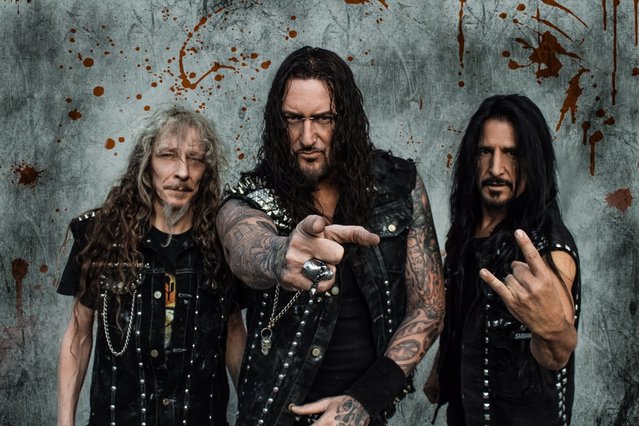 German thrash metal legends DESTRUCTION are pleased to officially welcome Randy Black (Annihilator, Primal Fear) into the fold, after a gruelling probation that involved an extensive  tour and many shows around the globe.

Randy will make his official debut as the band’s new drummer at the Wacken-Open-Air on August 3rd, 2018.

“Many years ago, when Randy was still with PRIMAL FEAR and we were looking for a drummer, it was the first time we talked about DESTRUCTIONs open drummer seat. But we did not wanna approach them at that time because of his obligation with good friends. Some years later he filled in for VAAVER on the American Tour with SEPULTURA because Vaaver became a father again at that time. So it was obvious for me, to pass the baton to Randy first this time. And he blew us all away with his tight, groovy and over the top drumming. He’s also a very cool Canadian lad that lives in Germany for many years now – so it was a perfect match right away! Hell-come on board buddy!”

“It´s  surely not easy to replace an outstanding drummer like VAAVER !!!But the Show must go on, and RANDY kicks in like a motherfucker…solid , groovy, heavy, humble….He´s on fire !!!Get prepared my friends …”

“After a recent successful tour of Asia, Australia and a handful of great festival shows I’m very happy to announce my position as the new drummer for the Thrash Metal Legends DESTRUCTION! 35 years running! Try to wrap your head around that!

I’m looking forward to continuing the Destruction legacy together with Schmier and Mike including plans of recording a kick ass new CD and touring the planet.I’m chomping at the bit to get out there and Thrash for all you crazy Metal heads on the road soon!“

These are some fine months for old school thrash fans, or should I say for the new wave of thrash fans. After Havok and Warbringer,  it is time for Australia’s Harlott’s new album. These guys [Read »]

Germany has produced some of the best metal bands over the years from an array of sub genres. Destruction are stars over there and are one of the biggest names in the thrash scene. While many [Read »]