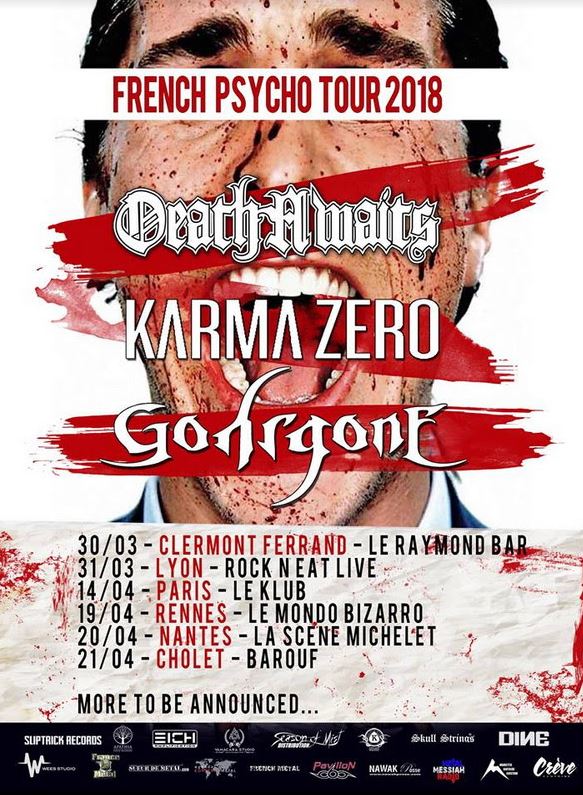 French Death/Thrash/Hardcore group, DeathAwaits, have announced the first of their 2018 “French Psycho Tour” Dates which will see them take the stage along with the bands Karma Zero, Gohrgone and Slaughterers. This will be preceded with their appearance at the Amarok Metal Festival in Nantes on March 9th. The band are currently on the hunt for a new drummer but the upcoming dates will have the seat filled by talented session player Tommy Bonnevialle and rest assured, the band will still seriously kick-ass. More dates are expected to be announced soon but for now, here’s what’s lined-up:

More dates to be announced!

DeathAwaits – Solve CoagulaSolve Coagula, the third opus from French band DeathAwaits, is a powerful mix of diverse influences like Thrash, Death or even Hardcore. Darker and more powerful than their last album, every track of Solve Coagula invites you to enter various tortured universes; filled with doubts, questioning and darkness directly from the minds of the musicians. The album features a more direct, more melodic but also more technical aspect to the music. All this without losing the dark and brutal aspect that defines the DeathAwaits style. 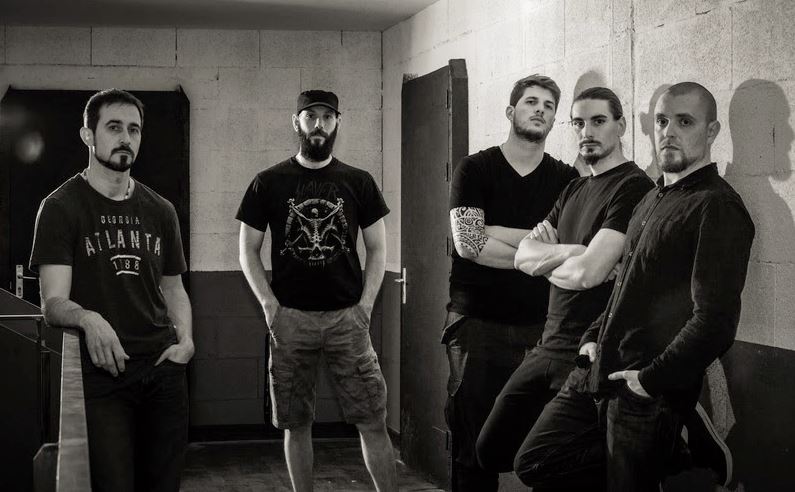