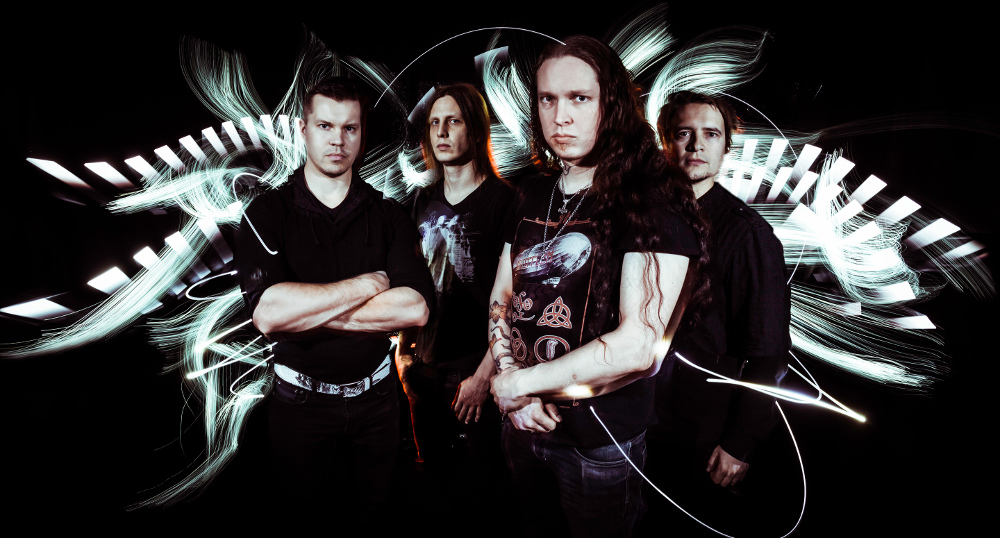 De Lirium’s Order was formed in 1998 by guitarist Juha Kupiainen and today, it is one of the most praised groups in technical death metal. Drawing inspiration also from thrash and progressive metal, De Lirium’s Order is known for their creative, experimental guitar riffs, solos and drum patterns. The current line-up consists of musicians from the acts like Abbath, Omnium Gatherum and Raskasta Joulua. The band’s previous album release Veniversum (2012) got a much awaited continuum with Singularity which opened new musical pathways for the band through the album’s futuristic, ambitious concept.

Guitarist Juha Kupiainen comments on Ayatollah: “While the rise of The Monolith is awaiting behind the door, the human race is battling with cultural clash between Middle-East and West. Scarcity of resources, changing environment and increasing inequality among others limit their focus. A man who has lost his family to a drone strike seeks for revenge while the other part has technological superiority. With their short sight and vanity, mankind is hearing the first echoes of their doom.”

Listen to the album: