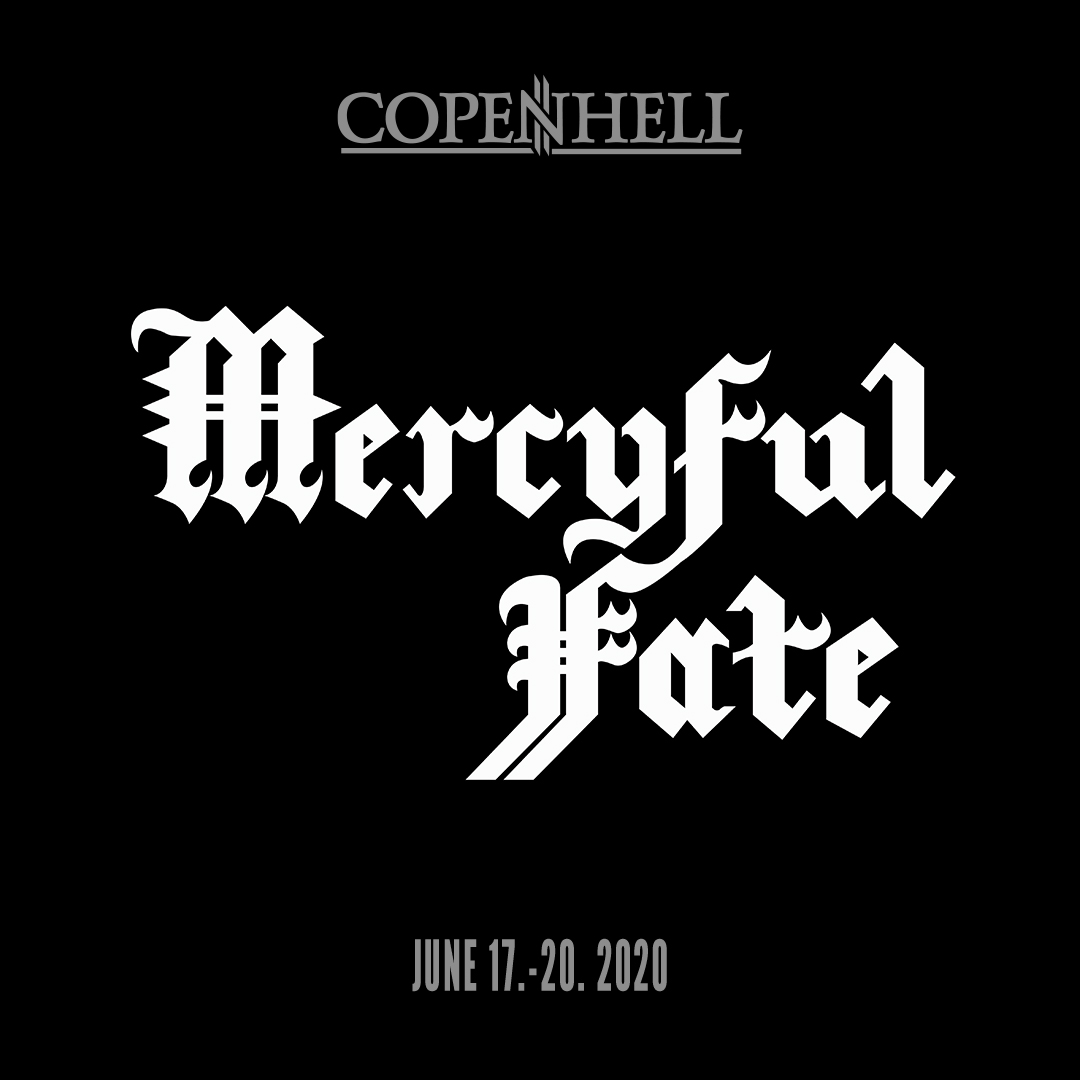 Almost 40 years ago, singer King Diamond and guitarist Hank Shermann created what would later become the most iconic and influential Danish heavy metal band ever. MERCYFUL FATE played a central role among the first wave of heavy metal bands in the post-Black Sabbath period from 1980 and onwards, forever leaving their demonic mark on a metal culture in its infancy.

Often credited for being an integral part of the early development of black metal and lauded by bands like Slayer and Metallica, MERCYFUL FATE established themselves as an extremely innovative outfit in the early days of ‘true’ metal: Phenomenal and progressive songwriting, mindblowing riffs from the Denner/Shermann guitar tandem and King Diamond’s disturbing falsetto vocals combined with macabre theatrical aesthetics and occult themes to create a truly unique musical universe.

MERCYFUL FATE laid the groundwork in the years 1981-1985 and followed up again in 1992-1999 after a longer hiatus. Aside from re-recording songs for the video game Guitar Hero: Metallica in 2008 and joining Metallica on stage at their 30th anniversary concert in San Francisco in 2011, the band has been dormant for 20 years. Now this ancient evil has reawakened, and fans both old and new will get the chance to experience the real deal live at COPENHELL.

The band will perform with the “9” lineup featuring Hank Shermann (guitar), King Diamond (vocals), Bjarne T. Holm (drums), Mike Wead (guitar) and Joey Vera (Bass). Joey Vera (Armored Saint, Fates Warning) was asked to fill in for Timi Hansen, who is currently away, because he has a very unique style and sound playing with his fingers. This is very important since the set list will only consist of songs from the very first ‘mini LP’, the “Melissa” and “Don’t Break The Oath” albums plus some brand new songs written specifically in that very same style. This will very much be MERCYFUL FATE as they were in the very beginning – except for a brand new major stage production. Never break the oath!

It is a great honour for us to share this world news first and have the greatest metal band in Danish history perform on their home ground next year. We look forward to treating the COPENHELL audience to an absolutely unmissable concert experience when next year’s festival kicks off on June 17, 2020. See you in hell – and get ready to look the Devil in the eye!”

We expect to launch the sales of 3- and 4-day tickets in October this autumn. Follow COPENHELL on Facebook and Instagram, as well as on www.copenhell.dk for more news.

A Tortured Soul – On This Evil Night

Every now and then there is a release that overwhelms me and reminds me of why I put so much free time in reviewing stuff. This month I got surprised by the fourth release of [Read »]