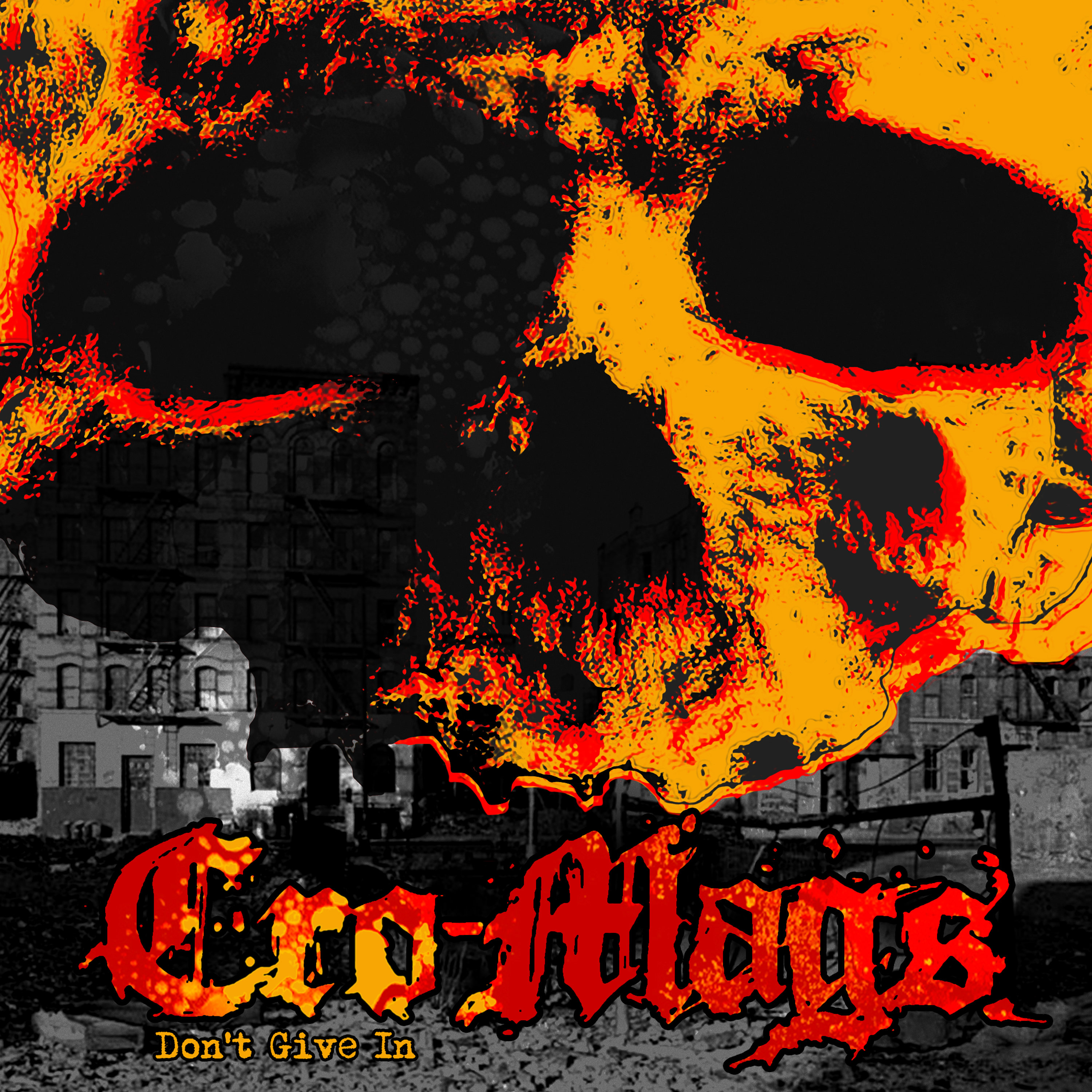 Harley Flanagan: “In late 2018 I went in to the studio to start working on a new Cro-Mags album. After recording the first few songs, I got a strange phone call in the middle of the night, that turned out to be from Tony Brummel, Victory Records (to this day I have no idea where or how he got my number).  I thought it was a prank call; it turned out not to be, and I started negotiating a record deal with Victory Records. Arising Empire in Europe later got in touch and with a team of lawyers including Donna Tobin (Frankfurt Kurnit), Dave Stein etc. and the help of Robert Kampf, former CEO of Century Media and his team, we negotiated deals that we are all very happy with. Mike Gitter from Century made the introduction to engineer John Ferrara and Producer Arthur Rizk, and the recording process went into full swing. One of the many things that makes me happy about signing with Victory and Arising Empire, is that they are genuinely fans of my music and know my history; they are not just labels trying to make money off me or the genre. I know that I am working with the best team, and the best musicians to launch the next era of Cro-Mags.”

The CRO-MAGS, the seminal hardcore punk crossover NYC outfit, founded and fronted by Harley Flanagan, have announced headlining dates across Europe in support of their landmark album, »Best Wishes«, 30th Anniversary. Staring Sept 27th in Essen, Germany, the trek will also see the band make appearances in the United Kingdom, France and Austria, among other countries, as well as a stop at Belgium’s Lumburg Hardcore Fest. Support will come from US based crossover newcomers, RED DEATH.

Comments Flanagan, “I’m looking forward to going to Europe and performing songs from Best Wishes and the rest of the entire Cro-Mags catalogue. I am currently in the studio working on a new album and we may surprise you with some new music as well.”

»Don’t Give In« tracklist:

The history of the CRO-MAGS is integral to the history of Hardcore, it’s evolution from punk and the development of alternative music genres such as hardcore, cross-over, thrash metal, post punk and grunge to name a few. Numerous iconic bands from METALLICA to GREEN DAY, and individuals such as Dave Grohl have credited CRO-MAGS with having had a primal influence on their development.

Born out of the violence and depravity of the Lower East Side of New York in the late 70s and early 80s, the CRO-MAGS was the brain-child of a very young Harley Flanagan (at the time 14 years old) when still playing with THE STIMULATORS. By 1982/83 he wrote and recorded the very first CRO-MAGS demos consisting of  four songs that would become the blue print for the seminal 1986 »Age of Quarrel«. He wrote all of the music, played each instrument and sang. Before long he connected with Parris Mayhew and the two started writing music and auditioning band members.

After several line-ups, 5 studio albums (beyond the original demos) and 30 + years of tours around the world, CRO-MAGS remains one of the most iconic hardcore bands with arguably the greatest reach beyond the genre.

Why now? In Harley’s words: “Lemmy came to me in a dream and said, ‘Take it back mate, it’s yours, you started it.’ The fact is, I never legally lost the name Cro-Mags, others were using it without my permission, while I was raising my kids. An agreement was struck with the previous members and I regained full control over the name worldwide. Now with an amazing line up and 2 record deals I am moving forward. I have a great team of people behind me; I have never felt stronger, better or more creative.”

And so bassist Harley Flanagan has reached a settlement with singer John Joseph and drummer Mackie Jayson regarding ownership of the CRO-MAGS name. Flanagan will now perform under the name CRO-MAGS while Joseph and Jayson will perform as CRO-MAGS “JM”.

In 2019 Cro-Mags signed with Victory Records and Arising Empire.

Harley: “The lyrics are meant to inspire and kick you in the ass when you need it. Some might not take them that way, but that’s my intention. Sometimes you need someone to tell you to man-the-fuck-up, or woman-up, cause life ain’t easy and you will get crushed if you don’t. I wrote them more for myself than anyone else, cause sometimes I need to hear these things, as I think we all do.”

Some of them were inspired by loss, the loss of friends, by suicide, cancer, struggling with depression, mortality and ultimately the beauty of life. You have to be able to recognize it, even when you’re suffering and struggling. Although we all fight our own personal battles, and they vary, none of us are alone in the fact that we have to fight our battles, and many of them we must fight alone. In that way, we all have something in common, besides needing basic things like food water and shelter. We also must learn how to cope with struggle and mortality. Some rise to the top while others crash and burn.

I feel like I crashed and burned enough times that I somehow managed to rise back to the top. I feel stronger, happier mentally, spiritually and physically than I have in years; and it did not come without a struggle or cost. But that is life; you have to fight for what you want, and you also have to know how temporary it all is.

The single and album feature, along with Harley Flanagan, Gabby Abularach (Gil Evans Orchestra, amongst many other projects) who played on Cro-Mags’ »Alpha Omega« (1992) and »Near Death Experience« (1993); Rocky George (formerly of Suicidal Tendencies and Fishbone) who played on Cro-Mags’ »Revenge« (2000); and Gary “GMan” Sullivan (who has played with everyone from the B-52’s, Berny Worrel of Parliament Funkadelic, TM Stevens etc.), who joined Cro-Mags in the 90s.