CRIPPLED BLACK PHOENIX have announced a European tour in March and April next year. The tour will kick off in The Underworld, London (UK), on March 21 and ends at the Roadburn Festival in the Netherlands, a few weeks later. The band will be supported by SOFT KILL and FOTOCRIME. 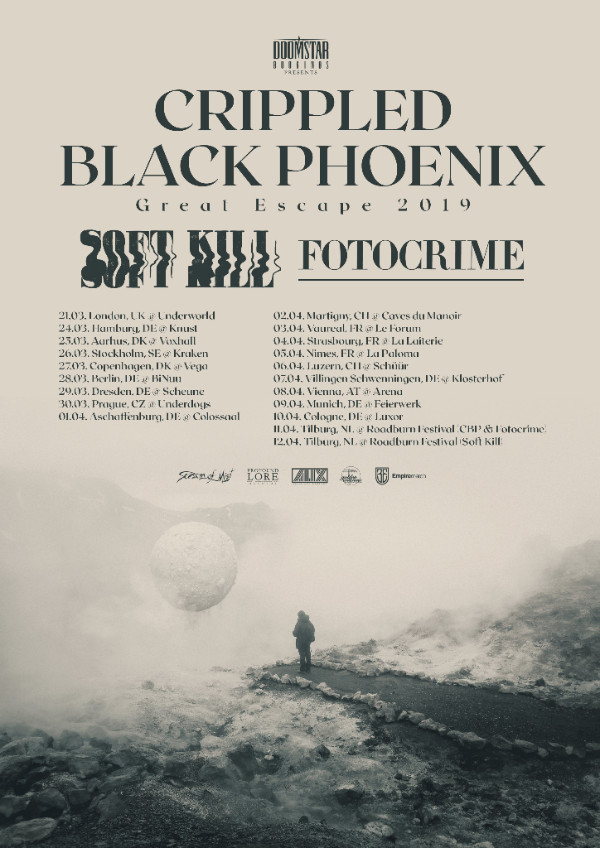 CRIPPLED BLACK PHOENIX are touring in support of their full length ‘Great Escape’ which was released on September 14, 2018. The artwork and track-list can be viewed below. 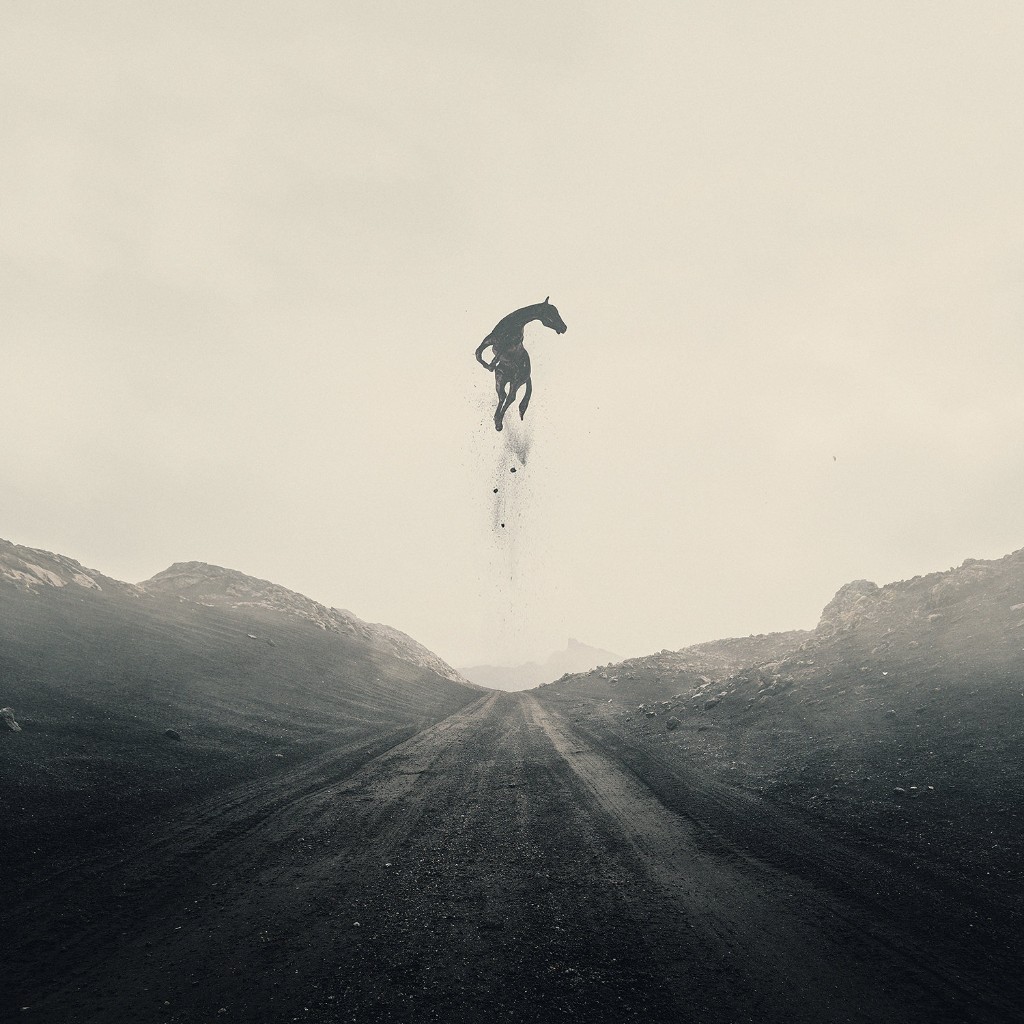 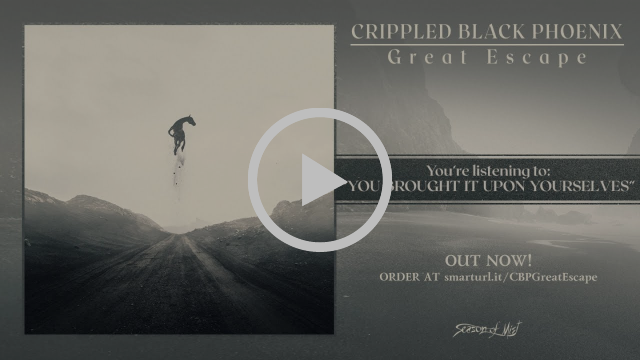 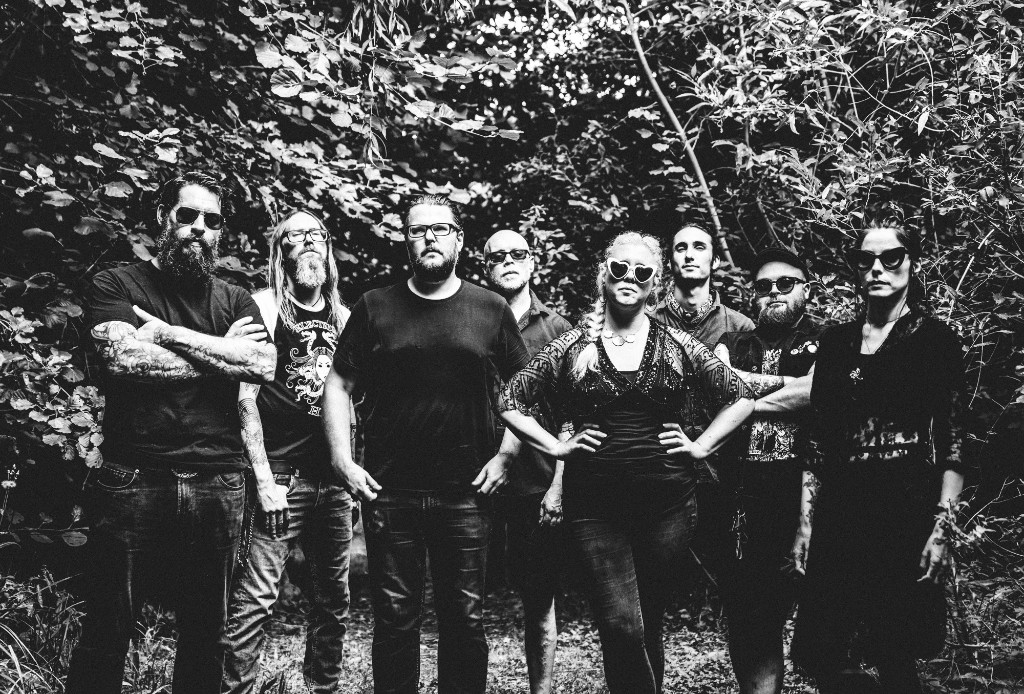 ‘Great Escape’, this beautiful touch of darkness comes hardly as a surprise, when taking into account that CRIPPLED BLACK PHOENIX mastermind Justin Greaves has previously gone public about his personal fight against severe depression. Similar dark themes and traits have already been a hallmark of the UK rockers’ latest full-length, ‘Bronze’ (2016).

CRIPPLED BLACK PHOENIX have always confounded critics trying to pin their style down ever since founder Justin Greaves recorded his first ideas in 2004 – which earned them tagging attempts ranging from “stoner prog” through “freak folk” to “psychedelic doom”.

Despite the wide range of musical leanings within their albums, there are a unifying dark streak and somber melancholy running through the songs. Greaves had already made himself a name as drummer for IRON MONKEY and ELECTRIC WIZARD among others. When the multi-instrumentalist finally decided to stand on his own musical feet, CRIPPLED BLACK PHOENIX was born. This involves a changing cast of musicians and live set-ups which mirrored the ever-ongoing evolution of the band, and the fact that the songs were mostly not composed with a live performance on mind. Between 2007 and 2014, CRIPPLED BLACK PHOENIX released a string of five critically highly acclaimed studio albums – namely ‘A Love of Shared Disasters’ (2007), ‘The Resurrectionists’ (2009), ‘Night Raider’ (2009), ‘(Mankind) The Crafty Ape’ (2012), and ‘White Light Generator’ (2014). This was complemented by EPs ‘I, Vigilante’ (2010), ‘No Sadness or Farewell’ (2012), and ‘Oh’ Ech-oes’ (2015), the live recording ‘Live Poznan’ (2013), and the ‘200 Tons of Bad Luck’ compilation (2009). Their ‘New Dark Age Tour EP 2015 A.D.’ was the band’s first release on Season of Mist and came with an extensive homage to PINK FLOYD. The strong influence of the UK rock giants could also be felt on ‘Bronze’ (2016), yet while CRIPPLED BLACK PHOENIX never denied their roots, this outstanding act has long created their own sonic cosmos. With last year’s ‘Horrific Honorifics’ offering, the band elegantly payed tribute to great artists and classic songs while making those tracks their own in sound and spirit without compromising the integrity of the original masterpieces.