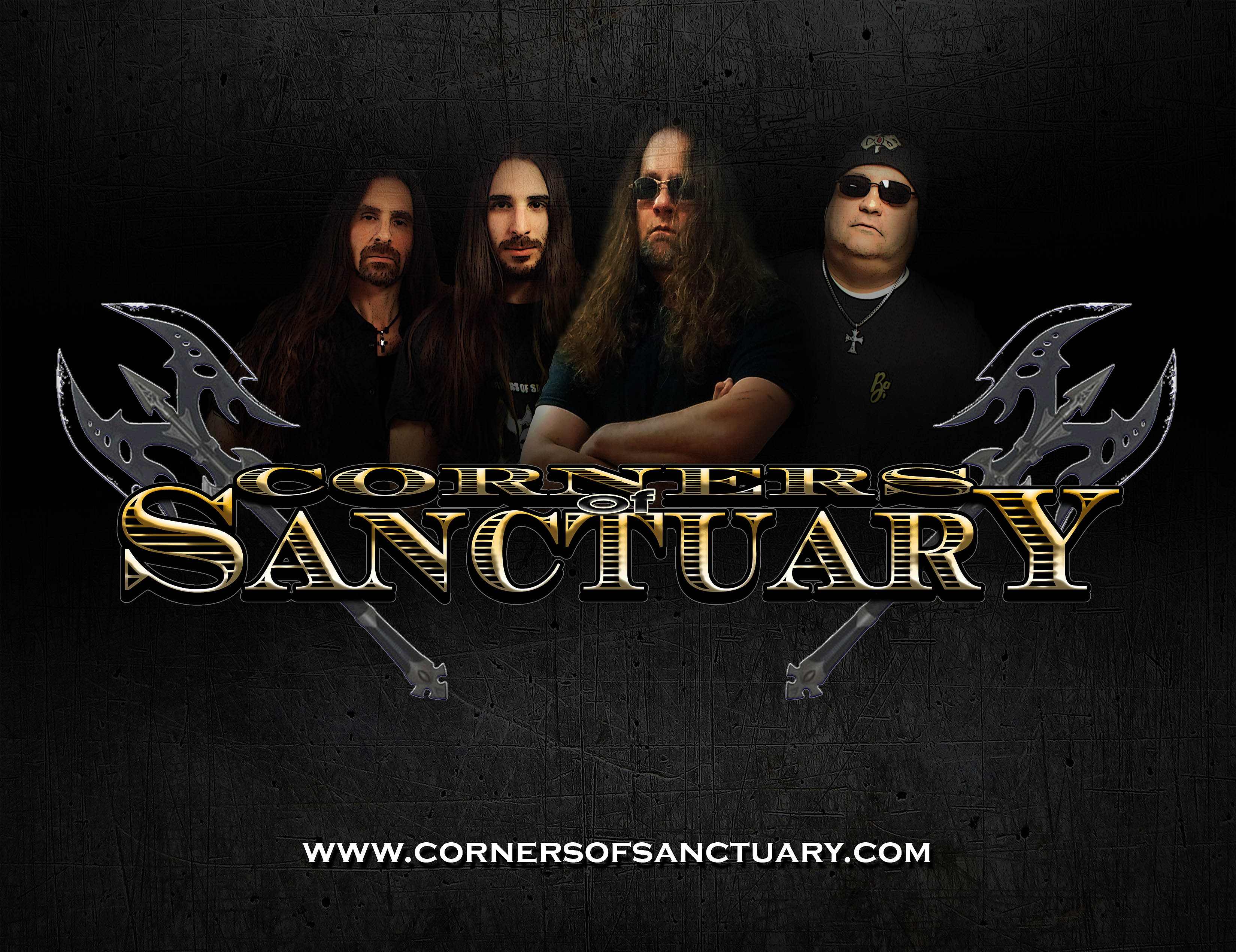 Corners of Sanctuary (COS) have announced their summer show schedule which includes support performances with the Bulletboys, Steve Grimmett’s Grim Reaper and the Iron Maidens. The latter has the band appearing at the legendary Whiskey A Go-Go in September during their third West Coast outing.

“We are excited about what we have coming up,” says COS guitarist Mick Michaels. “We had the opportunity to work with both the Bulletboys and Grim Reaper before…they were great shows and a real good time.  Having the chance to open for the Maidens as well as perform at the Whiskey…it’s amazing,”

COS is scheduled for a number of East Coast dates that will lead up to the string of shows in California. See schedule below.

The band has also announced it will be working with singer Randy Stryche for the upcoming tour schedule and looks to continue their plans to release additional singles in the coming months with Stryche at the vocalist helm.

“I’m excited about joining the COS Nation and continuing to build on the band’s catalogue of hard-hitting, thunder-fueled music,” Stryche said “This band rocks!” he added.

In addition, Corners of Sanctuary’s next single, “Liar and a Faker,” will appear exclusively on Metal Assault Records’ (USA) upcoming compilation, Mix Tape Vol. 1, which releases in early August.  The label’s compilation will be available on a limited 100-run cassette tape as well as a digital download. Pre ordering is available here.

“We have always worked to stay focus on what’s in front of us…what lies ahead and not behind,” Michaels said. “Into the future is where we are moving… that’s always been the goal,” he noted.