On June 19-22, 2019, the gates to hell will open for the tenth time in Copenhagen. This will be celebrated with the ultimate tribute to hard rock and metal when HALESTORM, DIMMU BORGIR, ELUVEITIE, DEMONS & WIZARDS, BAEST, WHITECHAPEL, ALIEN WEAPONRY and many, many other bands from all corners of the world and the heavy music genres create an amazing music party. Ticket sales for COPENHELL 2019 will open at 10:00 on Tuesday, October 23 through Ticketmaster.dk. 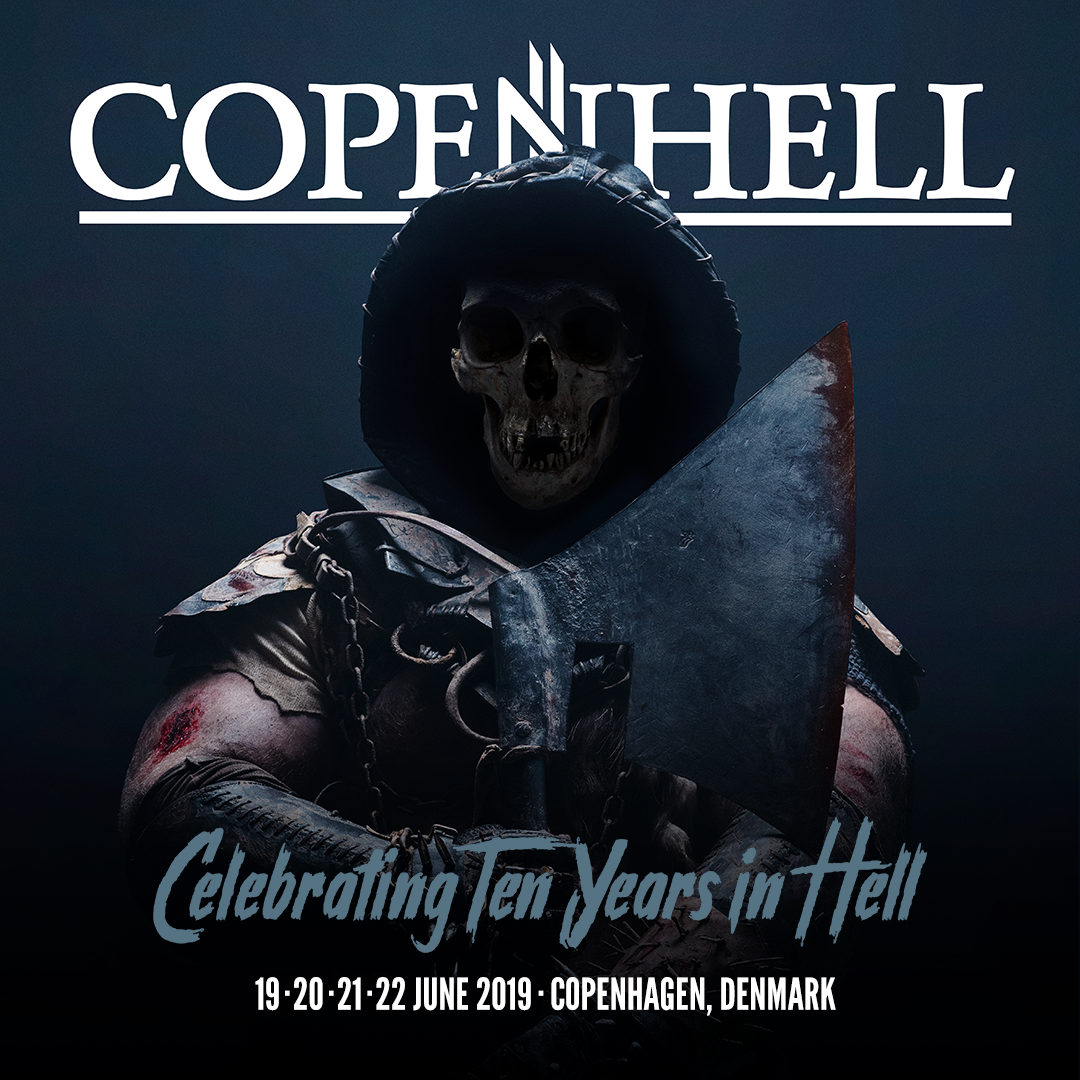 2019 marks the tenth time that COPENHELL hits Copenhagen – and it will happen with full hurricane force! Together with the ticket sales opening, we start out by announcing seven of the approx. 50 powerful bands that will perform at the festival:With several great rock hits and a Grammy behind them, the American rockband HALESTORM is climbing steadily up the ranks towards the musical heavyweight class – not least by virtue of one of the best current rock singers, Lzzy Hale. Expect all-out sex, drugs and rock’n’roll with a band that established their format a long time ago and only keeps getting better and better.

DIMMU BORGIR has been one of the most requested bands ever since the first COPENHELL festival. It is with great pleasure that we bid these Norwegian musical extremists welcome to Copenhagen in 2019. We look forward to finally experiencing their innovative and progressive symphonic black metal live at the festival.

The power metal icon Hansi Kürsch is not associated with only Blind Guardian, who gave an impressive concert at COPENHELL 2016. The side project DEMONS & WIZARDS, which Kürsch runs together with Iced Earth guitarist Jon Schaffer, combines inspiration from these two bands into a sound that will make all power metal fans roar with excitement when they perform at COPENHELL 2019 – hopefully with material from their upcoming album.

The Danish death metal act BAEST have showcased their skills at both When COPENHELL Freezes Over, on COPENHELL Metal Cruise and on the festival itself. It is therefore with great pleasure that we welcome them back at COPENHELL 2019, where they will land their musical deathblows from our second largest stage!

WHITECHAPEL is a true institution within the deathcore genre – not least because of Phil Bozeman’s guttural and bestial subwoofer vocals. Through more than a decade, this band has delivered extremely explosive and ferocious music and very engaging concerts. In 2010, they were among the bands that kicked off the very first COPENHELL festival, and we are very happy to see them back in Copenhagen in 2019!

The New Zealand teenage thrashers from ALIEN WEAPONRY will hit COPENHELL like a lightning bolt when they take the stage. These three young musicians mix metal with the Maori culture’s haka war dance in a unique and monstrously muscular music experience that you simply have to experience live.

Much more information to follow – not least about the upcoming COPENHELL 2019 headliners. We invite all fans of hard rock and heavy metal to join our celebration of ten years in hell next year.An unforgettable party awaits!

┬á After the incredible demand for the first parts of the band’s European ┬╗Origins┬½ tour (several shows have sold out weeks in advance), the folk metal eight-piece around singer and mastermind Chrigel Glanzmann has announce [Read »]