on big EU tour with MONSTROSITY and JINJER 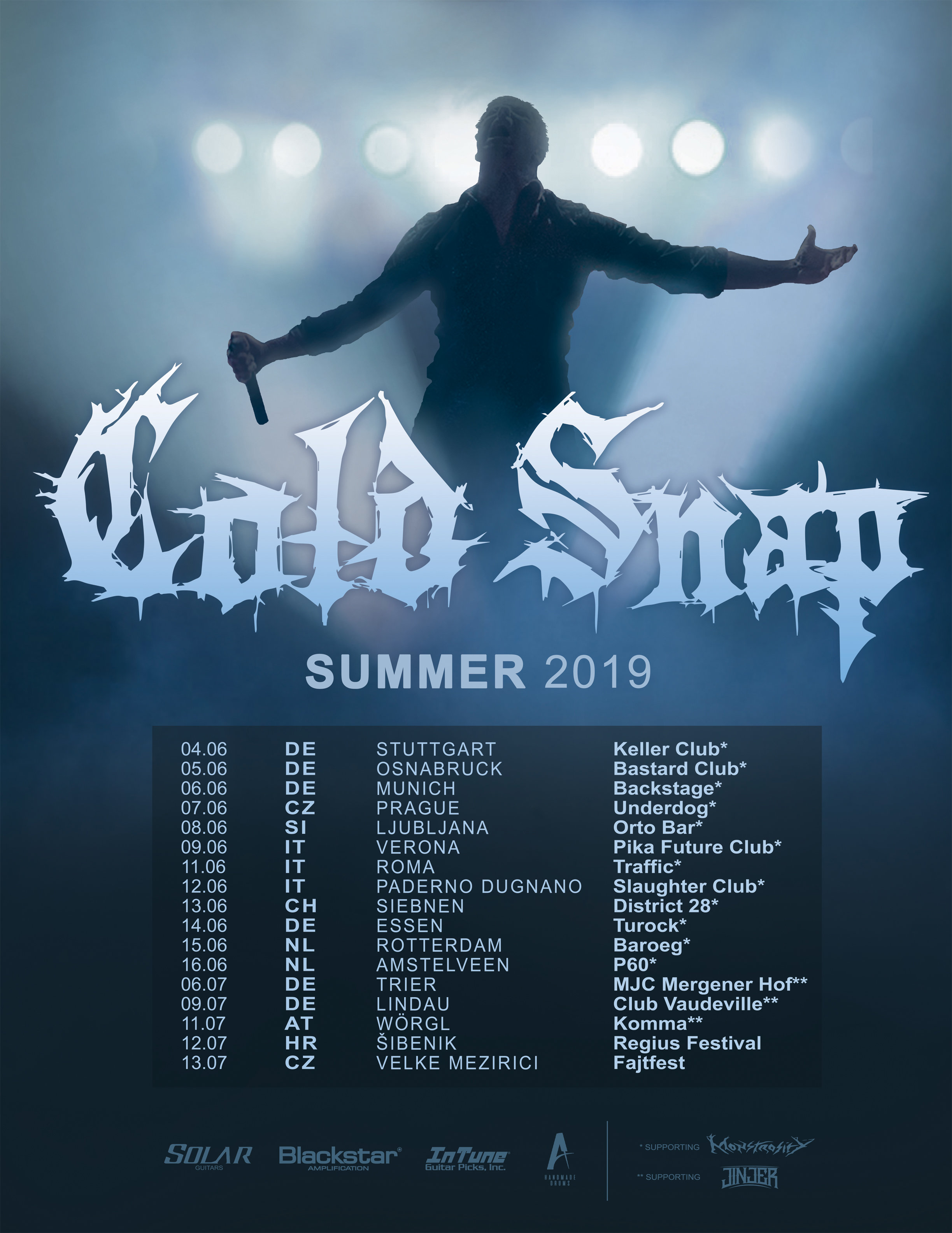 Groove metal newcomers COLD SNAP from Croatia are joining MONSTROSITY on their tour in a few days, and after that they have a run of shows supporting the almighty JINJER!

(get your tickets at http://jinjer-metal.com/tour)

The album, which was produced, mixed and mastered by Tue Madsen (HEAVEN SHALL BURN, MADBALL, KATAKLYSM, AT THE GATES, MESHUGGAH, and many more) in his Antfarm Studios in Denmark includes 12 songs of brutal Groove Metal that speak about various topics from the band members’ various perspectives. Ranging from personal issues, such as watching close family members endure pain and suffering due to illness, to general views of the world as it exists today including people having to flee from their war torn homelands or famous musicains feeling the need to take their own lives. It also includes guest parts of Eddie Berg (violins, vocals) and Harald Barrett (vocals) from IMMINENCE. The artwork for »All Our Sins« was created by Željko Manojlović.

The chaos started in the spring of 2003!

The difference between COLD SNAP’s previous releases and »All Our Sins« lies within the records straight forward approach to the music and ‘in your face’ attitude as the band like to say. The album possesses a fresh and modern sensibility whilst maintining the bands signature heaviness. The addition of a second vocalist allowed the six piece to widen the scope of their sound with the introduction of more prominent screamed and growled vocals, as well as a more groove oriented approach to riffing that melds the familiar bounce of nu-metal with the bands signature cut throat attack.

COLD SNAP’s music is like a punch in the face. Exuding a weight that is undeniable whilst maintaining a vitality that keeps the band sounding fresh and cutting edge despite the tried and tested style that makes them feel so familiar from the first listen is their true talent. The band’s infectious sound paired with a live show that means they look comfortably at home on the main stage of any large festival is enough to make anyone realise that they are a very real force to be reckoned with and they aren’t showing any signs of stopping.