CIRCLES have announced new Australian dates joining TESSERACT in September 2018. The tour will kick off at the Capitol in Perth on the 11th of September, and sees the band performing in 4 more cities with a final curtain at The Triffid in Brisbane on the 16th. A full list of confirmed shows can be found below.

“We’ve been fans of TESSERACT since we started CIRCLES, so it’ll be awesome to finally share the stage with them. We’re also super excited to road test our new material and play some killer shows! It’s gonna be a great tour and experience all round!”

The Australian progressive extremists will release their highly anticipated next album through Season of Mist in 2018. 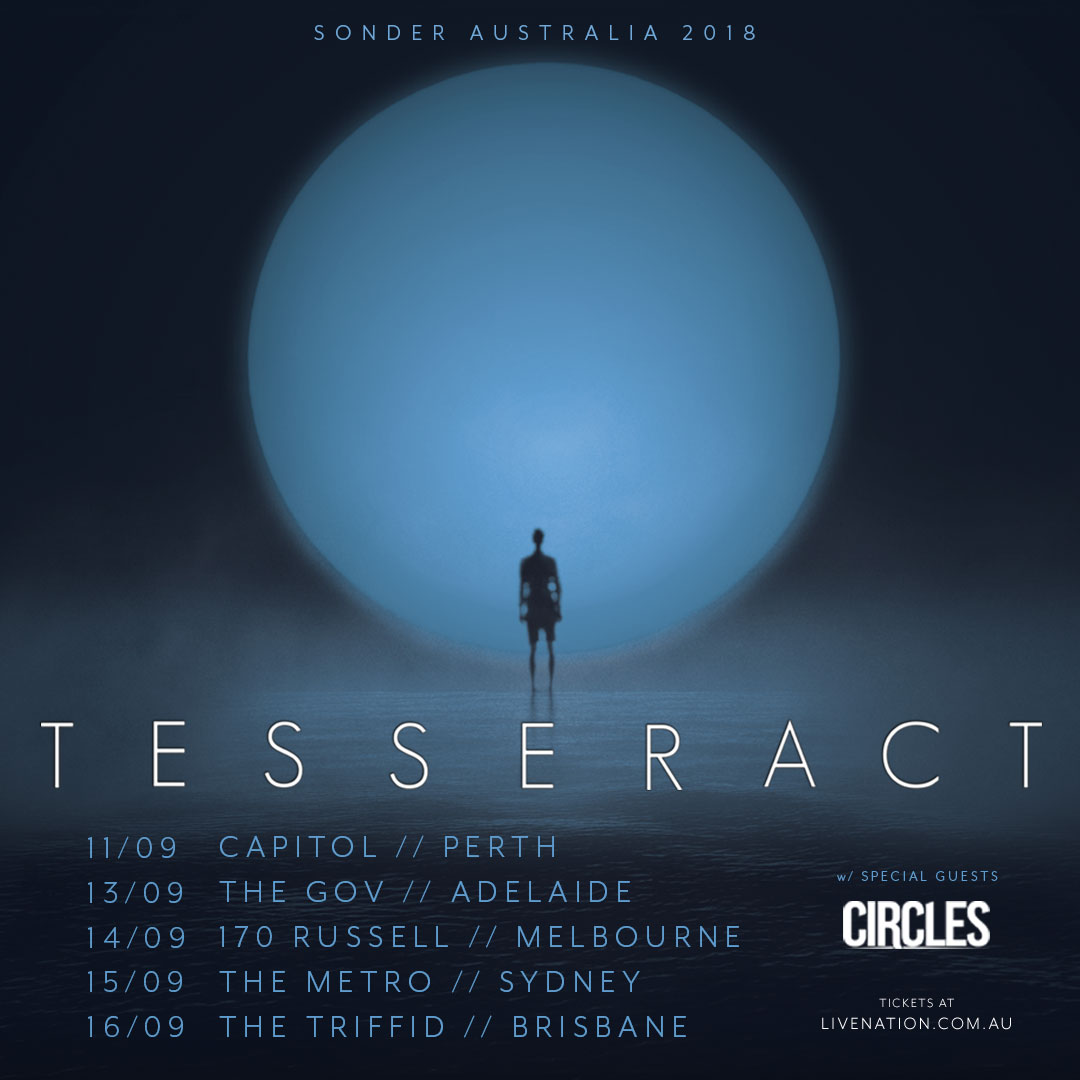 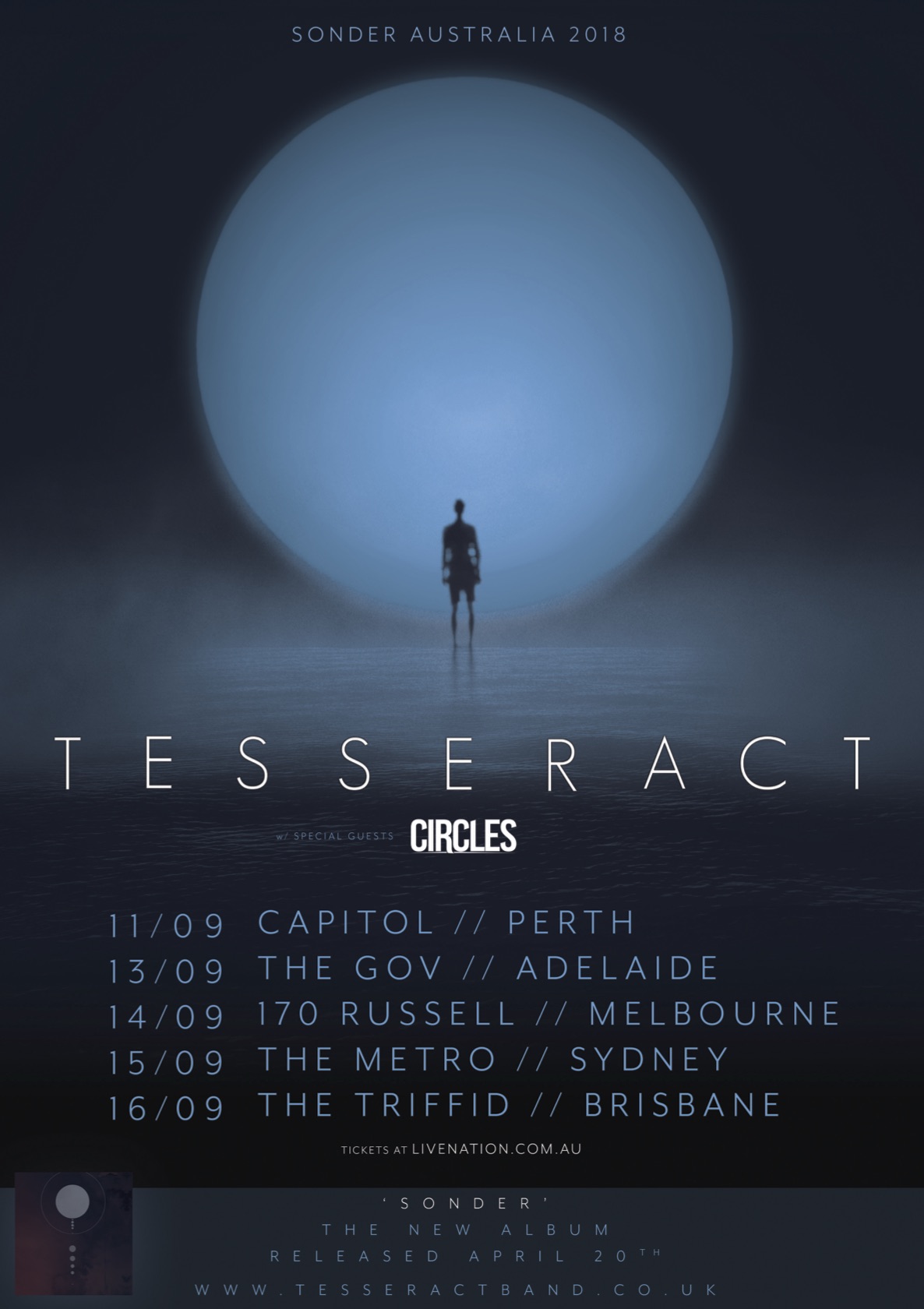 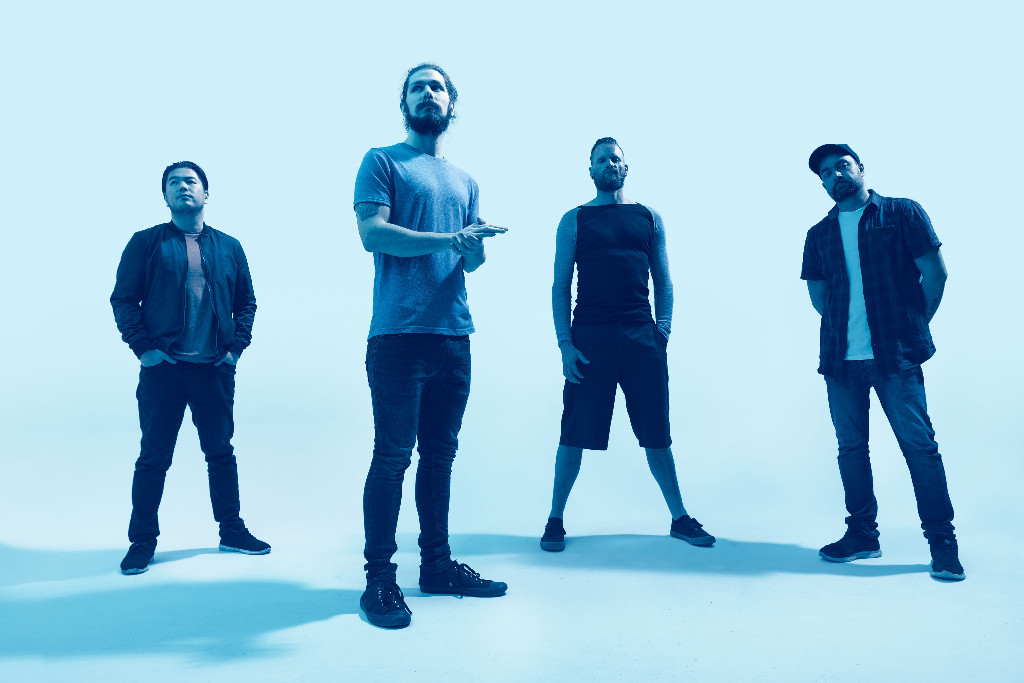 CIRCLES are pushing forward the evolution of heavy music. Their intricacy, the emotional heart-string pull of their lyrics, precision, and the sheer force of their output, places them in a class all of their own.With guitarist Ben Rechter assuming the role of melodic vocalist and fellow band members Tetsuya Furuhashi  on guitar, bassist and master of screamed vocals Andrew Patton as well as drummer David Hunter providing a maelstrom of musical brutality, CIRCLES are a force to be reckoned with.

Throughout their two releases, ‘The Compass EP’ (2011) and ‘Infinitas’ (2013), CIRCLES constantly broke new ground and introduced fresh elements to heavy music and djent as a genre. They have gained unanimously positive reaction from fans and critics across the globe via these records as well as their remarkable live performances, which have seen them take the stage at some of the most prestigious festivals and on tours alongside some of the world’s finest.

CIRCLES’ previous European tours have included Euroblast Festival, as well as supporting slots for THE DILLINGER ESCAPE PLAN, MONUMENTS, and AFTER THE BURIAL. In Australia, the band toured as direct support to acts such as PERIPHERY, FEAR FACTORY, NE OBLIVISCARIS, and TWELVE FOOT NINJA.

Fast forward to 2018, Melbourne alternative progressive rock and metal powerhouse CIRCLES are set to circumnavigate and conquer the world with their new signing and a brand new record in hand will see its release in the latter half of this year.