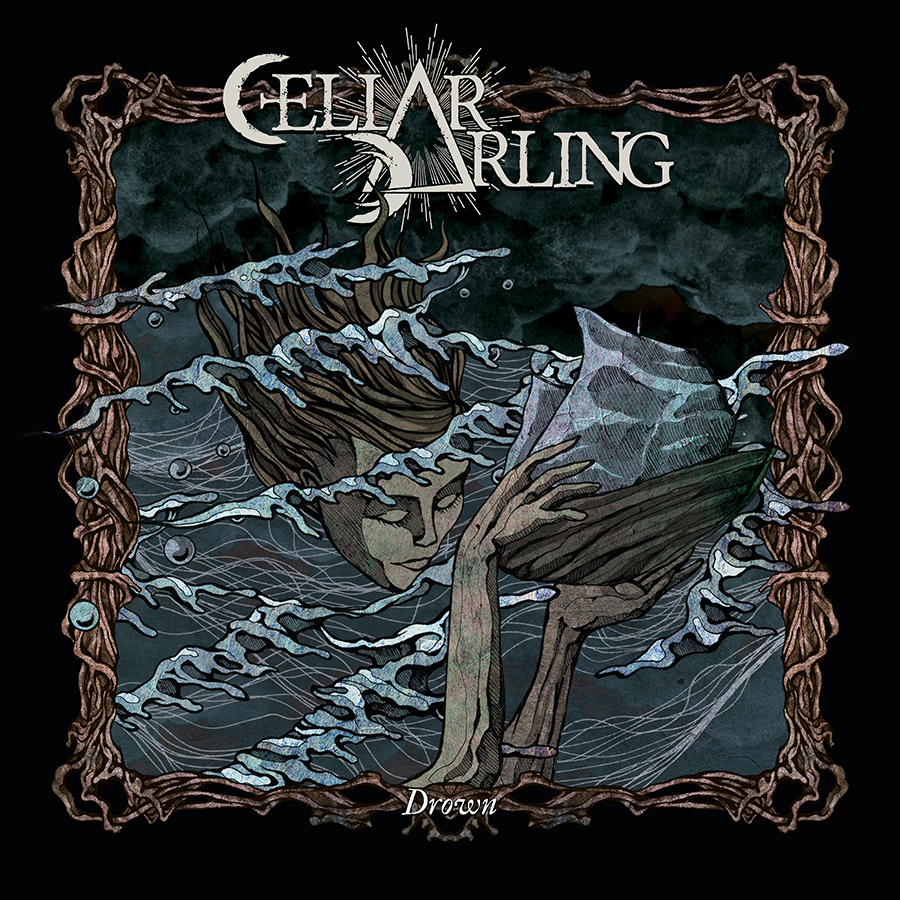 On March 22nd, Switzerland’s CELLAR DARLING will release their new concept masterpiece »The Spell«, which tells the story of a girl who falls in love with death and to get their loyal fans involved, the band had decided to let their online followers cast votes on which song from the tracklist they would like to see released as next single. The winner was the 7-minute long ‘Drown’ and today, you’ll get to see the hauntingly beautiful music video that was once again animated by Costin Chioreanu.

“For this single, we wanted to do something different”, the band states. “And we felt that our striking one-word tracklist is perfect for a fan vote. To let people decide which song they want to hear next based on only the title and length of the song, and to take us out of the decision process for once. To our surprise — and joy — the song that is probably the least “commercial” of all of them was chosen and we think that is kind of cool… we are proud of every chapter of this concept album, so let’s go ahead and release a non-single single, for once. We hope you enjoy it!”

Pre-orders for CELLAR DARLING’s sophomore concept album »The Spell« are available now and you can get the album as 2 CD-digibook (featuring 13 songs + an audiobook of  Anna Murphy telling the story behind the concept), jewelcase, black vinyl or digitally via this link: http://nblast.de/CDTheSpell

The band also asked Costin to create the dark and mesmerising artwork representing each of the 13 songs on »The Spell«. Now each chapter has been brought to life with an exclusive, signed and dedicated art print that the band are offering in their own online store.Even before releasing their sophomore album, CELLAR DARLING will hit the road and perform their new progressive folk hymns live. Catch the band on the following dates:

w/ BLANKET, APPEARANCE OF NOTHING

But there’s more! On March 20th, CELLAR DARLING will perform live in an exclusive and intimate setting, at the YouTube space in London, followed by a Q&A session. Entry to this special event is free, but strictly limited. For your chance to be one of only 40 people to hear the new songs live ahead of time and join Anna, Merlin and Ivo for a Q&A afterwards head over to the homepage of Prog Magazine to enter the competition (closes today, so be quick!): https://www.loudersound.com/news/win-tickets-to-an-exclusive-cellar-darling-event-with-prog

If you can’t be there in person – the event will be broadcasted live on the Nuclear Blast YouTube channel, so make sure you tune in on March 20th!

The first three music videos, created by Costin Chioreanu, can be watched here: 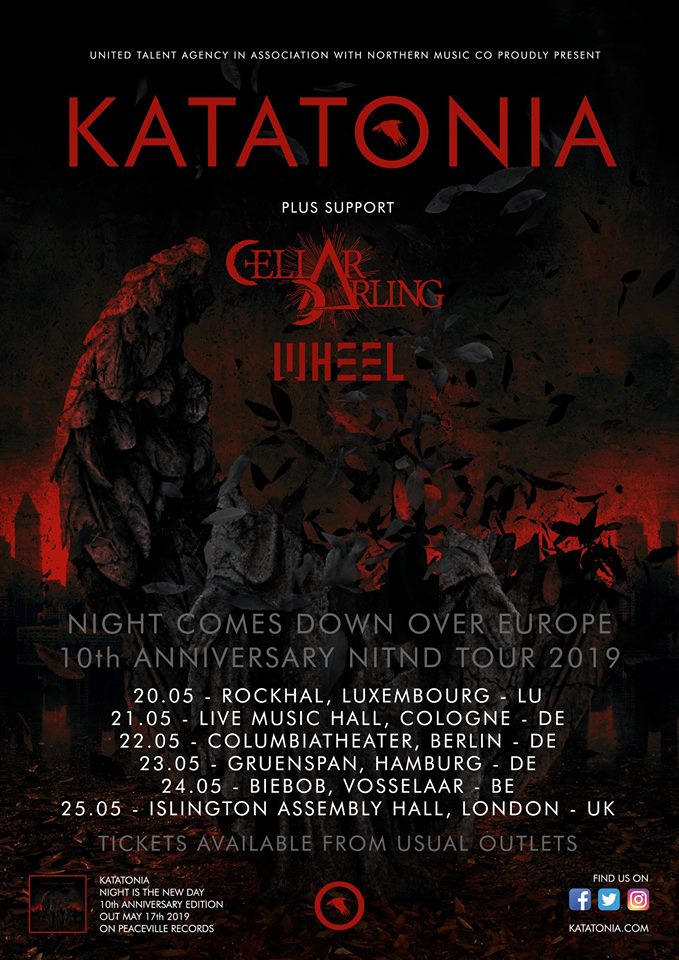 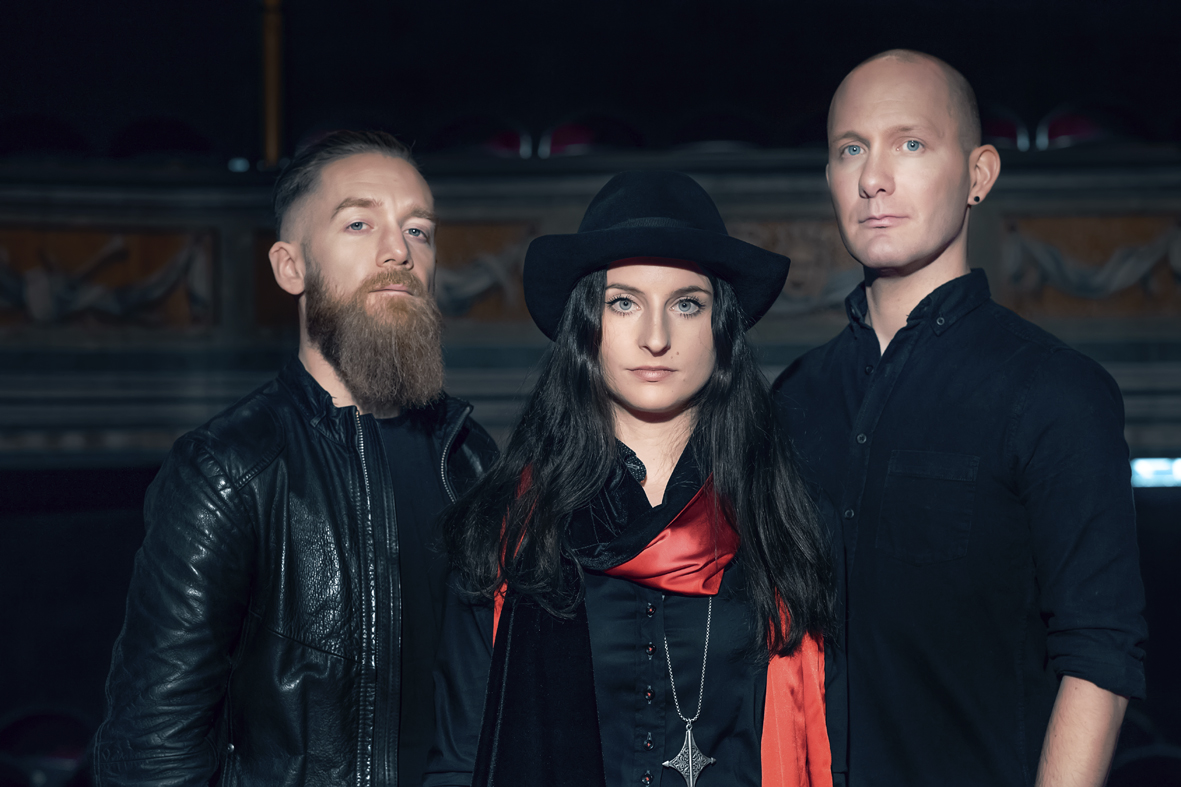