Carved has released the new Lyric video for the track The Time Traveller, taken from the last album Thanatos.

The band will be on stage July 7th at Rock the Castle Festival with Slayer, Goijra, Phil Anselmo, Overkill, Onslaught, Necrodeath.

It was the year 2007 when the Apuan quintet started to carve first plates of memory, drop by drop, step by step, forging his road to a paved path of labours and emotions, leading them to share important stages with best italian bands: Destrage, Necrodeath, Schizo, Vexed, Bejelit, Story of Jade, and many more, until 2010, when they gave birth the first self-titled EP, and the European tour supporting Necrodeath, in their 25° years of career celebrated tour. A long series of passing the torch travels down this road ’til 2013 and the release of the first full-length “Dies Irae”; from the famous finnish mastering studios Chartmakers Studio (Volbeat, Rammstein, Apocalyptica), and under the brilliant leadership of Bakerteam Records “Dies Irae” enters in the main channels of distribution, and it has been welcomed by critics, webzines, fanzines and radios with great enthusiasm. “Orchestral saturnine and drenched in pathos Dies Irae is an intense experience of sound, scope and atmosphere That commands your attention before conquering your soul.” Robert Baker – The Midlands Rocks. Days of Wrath Tour started to promote the album, leading the band a year and a half in countries such as Czech Republic, Ukraine, Estonia and Latvia; sharing stages in big clubs and festival like Estragon in Bologna, Bingo Club in Kiev, Fontaine Palace in Liepaja, Rock Inn Somma fest, with impressive artists like Moonspell, Vader, Death, Gorguts, Skyforger and Amon Amarth. The journey absolutely needed a brand-new chapter, ending all that had been narrated in Dies Irae. “Kyrie Eleison” born in the end of 2015, second full-length album that concludes the narrative cycle started in the first work. Album entirely recorded, produced, mixed and mastered in Domination Studio by Simone Mularoni and Simone Bertozzi, and finally turned into images by the visionary arts of Simone Bertozzi; with very special guests of Marco Mantovani in the sound engineering of the orchestra and the exclusive violins of Federico Mecozzi, violinist of Mr Ludovico Einaudi. And now it’s time to spread the story… now it’s time to “carve” new memories! 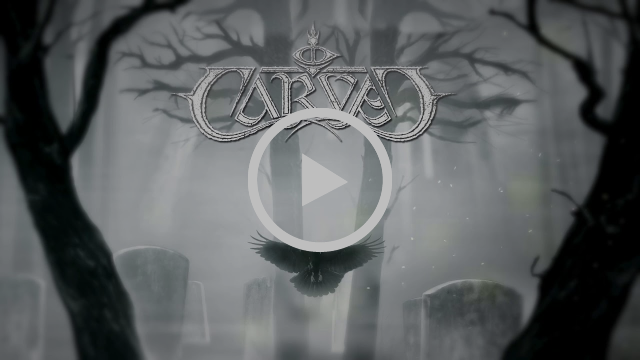