Belgian death metal outfit CARNATION have announced new UK tour dates together with SISTERS OF SUFFOCATION this fall. The rampage will kick off at the Green Door Store in Brighton on the 29th of October and will see the band traveling throughout 5 more cities including a performance at the mighty Damnation Festival in Leeds. A full list of confirmed shows can be found below. 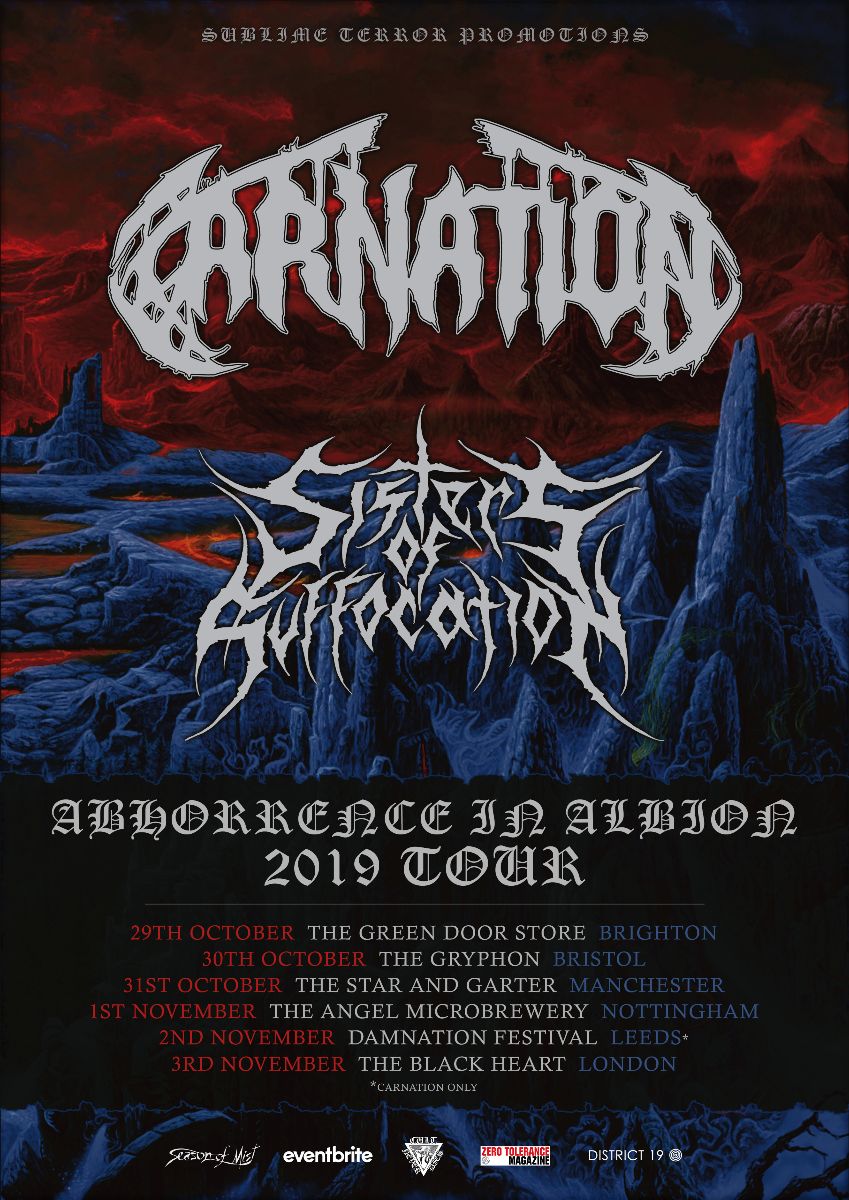 CARNATION will be playing in support of their latest record ‘Chapel of Abhorrence’, which has been released on August 17, 2018 and can be listened to in full here! The cover artwork and album info can be viewed below. 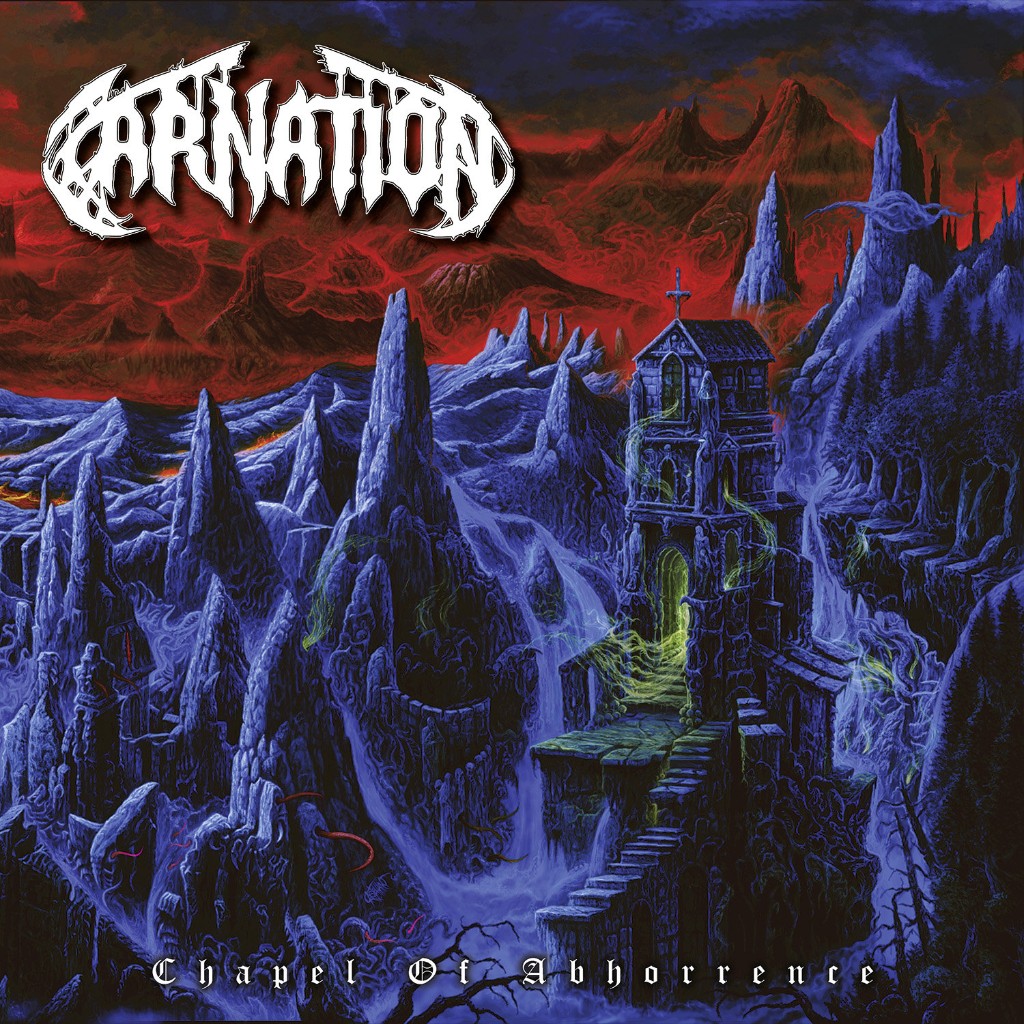 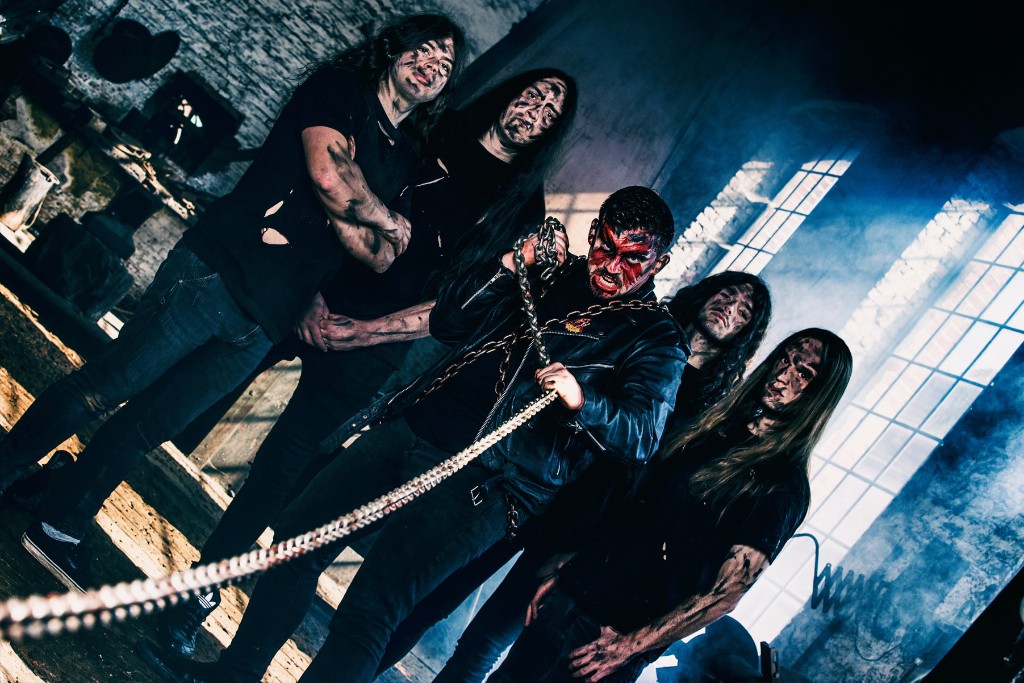 2015 marks the year that the first offering entitled ‘Cemetery of the Insane’ was released upon the masses. Tracks such as “Explosive Cadavers” or “The Rituals of Flesh” take you back in time to the better days of shredding riffs, neck-breaking drums, and skull-crushing guttural vocals.

The live rituals that followed were executed with stone cold merciless aggression. CARNATION delivered their bloodbath at select festivals across Europe during 2015 and 2016. Their next journey led them to distant Asia for their first tour across mainland Japan. This resulted in the infamous ‘Live at Asakusa Deathfest’ recording (2017). These releases, combined with their reputation as a notoriously impressive live act, drew the attention of fans worldwide and provided CARNATION with the opportunity to perform at several European festivals and saw the band touring alongside PESTILENCE during their special Brazilian tour in April 2018.

With ‘Chapel of Abhorrence’, CARNATION welcome you to death’s domain and invite you to witness them rise to their throne!