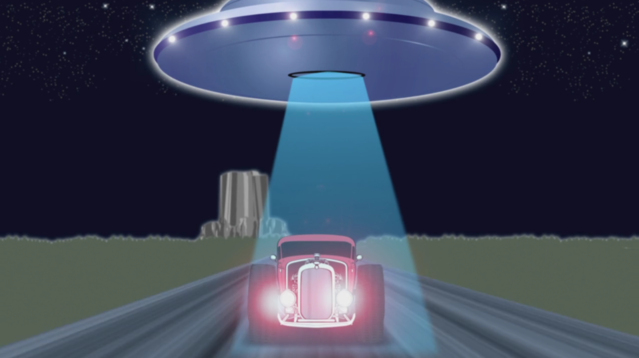 RIAA-certified, Billboard chart-topping, five-time Grammy nominated Richmond, VA band LAMB OF GOD recently released their full-length covers album as BURN THE PRIEST, “Legion: XX”, via Epic Records (Nuclear Blast Entertainment). The album is a collection of songs reflecting the greatness of the classic punk, hardcore, crossover and noise artists that influenced them in their formative years, released in celebration of BURN THE PRIEST’s upcoming 20th anniversary.

LAMB OF GOD is pleased to reveal a brand new, Heath Bradley-animated video for their BURN THE PRIEST cover of the MINISTRY hit, “Jesus Built My
Hotrod”.

“This was a benchmark song from the early 90s. We didn’t even originally plan on doing it – producer Josh Wilbur and I learned it real quickly and put it together. It turned out to be one of our favorite songs of the album. It features a side of Randy that people aren’t used to hearing. Nothing was planned, so it felt fun, and we just went for it.”

In conjunction with the video premiere, “Legion: XX” is now available for a special discounted price via iTunes!Make sure to grab your digital copy of “Legion: XX” for just $7.99 now via this link – but hurry – this sale price is only valid for one week: https://btp.lnk.to/legionxx/iTunes

While online, make sure to check out BURN THE PRIEST’s two other previously released videos from “Legion: XX” – for the ACCUSED’s “Inherit The Earth” and BIG BLACK’s “Kerosene”. LAMB OF GOD may be one of the biggest bands in modern metal, but they will never forget where they came from. Mark Morton (guitar), John Campbell (bass), and Chris Adler (drums) formed the first incarnation of the band, BURN THE PRIEST, in the winter of 1994 after meeting four years earlier as students at Virginia Commonwealth University. Less than a year later, in the summer of 1995, they met vocalist Randy
Blythe before adding Chris Adler’s brother, Willie Adler (guitar), prior to transitioning to LAMB OF GOD – and the rest is global metal history. The tracks on “Legion: XX” are performed with the unmistakable precision that has kept LAMB OF GOD vital for two decades, but ultimately harks back to the raw, punk-driven sound first explored by four unsuspecting college students and a line cook-turned-vocalist in their beginnings as heavy music giants. Produced with Josh Wilbur at the helm, “Legion: XX” exhibits BURN THE PRIEST in their true element. Additional stream/purchasing options for “Legion: XX” and pick up merch bundles now via http://smarturl.it/LegionXX.

At the official store, you can also order a 7” vinyl version of “Inherit the Earth” featuring a B-side of “In the Meantime” (originally performed by HELMET).

1. Inherit The Earth (originally performed by the ACCUSED)

4. Kill Yourself (originally performed by S.O.D.)

5. I Against I (originally performed by BAD BRAINS)

LAMB OF GOD is about to close out their blazing direct support run on SLAYER’s final world tour, featuring additional support from ANTHRAX, TESTAMENT and NAPALM DEATH.Tickets and VIP packages are still available now via www.lamb-of-god.com.