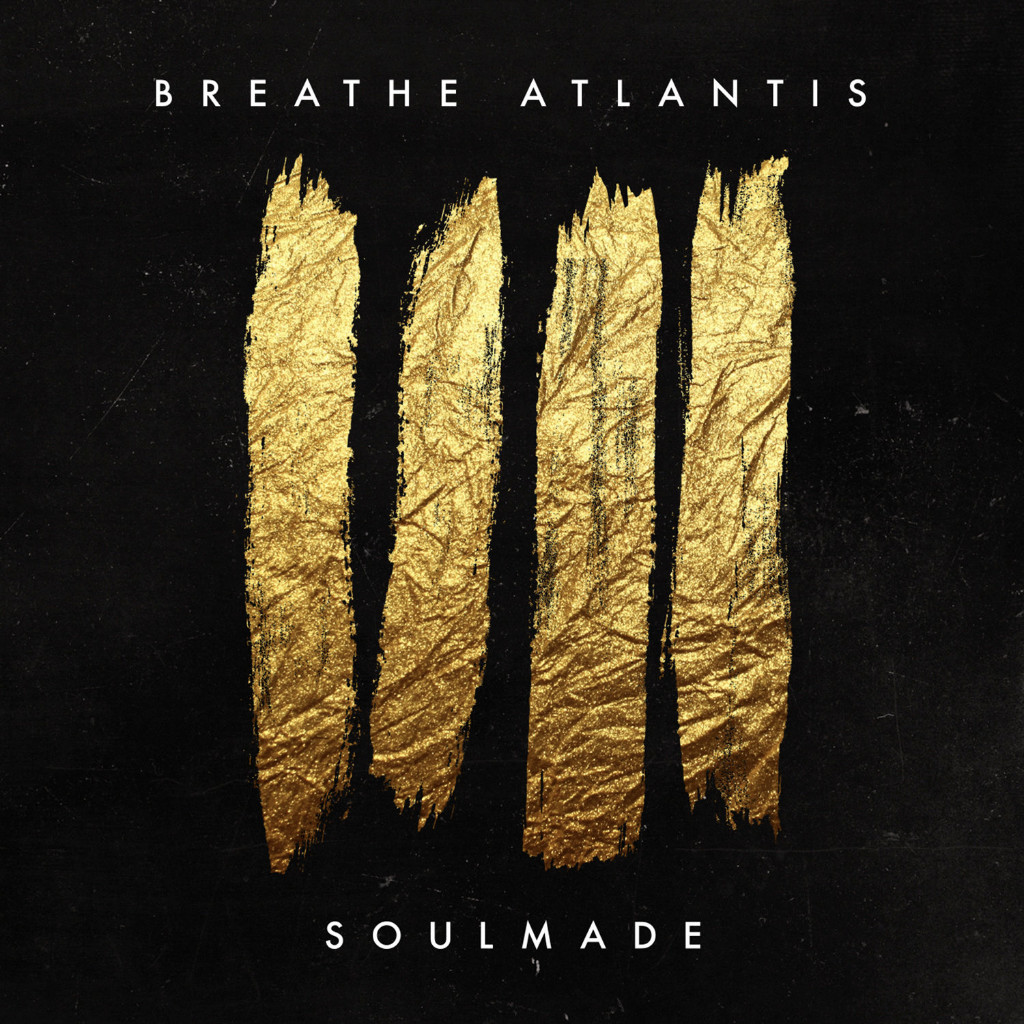 Today, German alternative rock newcomers BREATHE ATLANTIS released their brand new album »Soulmade« and the music video for ‘Everyone Else’!

Watch the music video for ‘Everyone Else’ here: https://youtu.be/JeCp-78cjI4

“I believe that everybody at some point had the feeling that you gotta ask yourself why of all people in the world is it me that has to go such a difficult way in life. But basically it says that it doesn’t matter. That you have to wander through the darkness until you see the light at the end of the tunnel. As long as you keep doing what you love and keep pushing to your goals that is the right thing to do.”

“Dealing in epic, sweepingly emotional post-hardcore, this German four-piece are setting their sights high on album three. Catch them if you can.” – Rock Sound

“With its honest lyrics, catchy hooks and fine-tuned production, Soulmade is Breathe Atlantis’ best work yet and the future is certainly bright for the quartet.” – Discovered Magazine

Watch the making of for ‘My Supernova’ here: https://youtu.be/hOtZ4fhz9lQ

Watch the track by track video for »Soulmade« here: https://youtu.be/Kn3t7ioaIOI

There will be a release show in February!

w/ THE NARRATOR and TIME, THE VALUATOR

10. Addiction To The Worst

„For us the most important thing was to not push our songs into any certain direction, but let them come to maturity as naturally as possible. On this record we bound ourselves less to any unyielding ideas, but rather put a focus on the quality of each track. This time there was only one thing we were strictly bound to – emotion!“

With a fresh symbiosis composed of R’n’B inspired vocals and a rough rock sound as their trademark, the band’s popularity was sealed when they hit 1.000.000 plays of their last album. With successful singles like ‚Lost‘ and the accompanying music video, which was filmed in New York City, the group of four gained new fans in Europe and America as well as in Japan and Russia. In collaboration with Dan Korneff (PARAMORE, MY CHEMICAL ROMANCE, PAPA ROACH, A DAY TO REMEMBER), their latest work, »Soulmade«, shows how the band’s sound has come to maturity;„For us the most important thing was to not push our songs into any certain direction, but let them come to maturity as naturally as possible“, explains vocalist Nico Schiesewitz.

„On this record we bound ourselves less to any unyielding ideas, but rather put a focus on the quality of each track. This time there was only one thing we were strictly bound to – emotion!“

„This album was a mammoth project. We selected our top eleven tracks out of 30 after a long lasting and difficult process. So there are no fillers, only potential singles“, drummer Markus Harazim explains. With track ‚My Supernova‘, which builds a bridge between hope and desperation, it becomes very clear how much emotion this album holds.

„For me it was important to approach this project more deeply, and in a more personal fashion – to just be more honest. The lyrics have 100% come straight out of my soul, showing the spiritual abyss hiding within.“

In the following track ‚Cold‘ you can clearly feel the honesty – which is also emphasised with it’s analogue form. Euler: „We totally relinquished the electronical elements here, because everything spoke for itself already!“

Heavy riffs, progressive harmonies and a chorus which unfolds itself in ‚Don’t Need You Now‘ shows clearly where BREATHE ATLANTIS‘ roots lie and yet still spread, revealing a more aggressive side to them.Drummer Markus says:

„The energetic verses just light you up, it’s just perfect to fire up a crowd.“ Followed by ‚Fall‘ which presents an up-tempo rock chorus as well as some „dark pop“ elements. „Especially here our modified guitar sound comes to the fore. The deep dropped tuning combined with a classic rock amplifier nails it!“ Basteck says.

Musically, the song ‚Spirit‘, continues with the pop melodies and never ending hooks, perfectly combining a mix of critical lyrics and an instrumentation, which really makes you want to dance.„This is one of the most pop tracks on our record, but it’s also one of the most catchy, resulting in us using the odd four-on-the-floor kick and the outstanding melody of the piano.“ – tells Markus. With ‚I Think It Isn’t Fair‘ the most emotional story on the album is told: „The lyrics were written after my best friend passed away in 2017. This was the hardest time for me, effecting the undertone of the whole record“, Nico says. „This track is dedicated to him and stands as a last clarifying dialogue, which I wasn’t able to have.“With lots of groove, a falsetto-esque voice and divine guitar delays, their title track »Soulmade« shows a whole new perspective of the band. Detached from their usually dusky sound and opaque subject matter, »Soulmade« portrays more day to day issues. „This was the first title, which directly blew our minds during the writing process!“, Jan remembers.‚Savage‘ is a typical BREATHE ATLANTIS track, with progressive rhythm parts, outstanding guitar licks and a chorus made to sing along to. It’s classic rock with a fresh outlook. The melancholic and calmer track ‚At Night‘ follows, which gives the listener a sense of a break from the norm. „Everybody sometimes wishes they could pause everything happening around them, and defer it to another day. But this is incredibly rare to implement, in the fast-paced world we live in nowadays.“, Schiesewitz explains.

‚Addiction To The Worst‘ paves the way further with it’s melancholic yet powerplay refrains, complimented by a compelling choir. With their final song BREATHE ATLANTIS pulls out all the stops, catching you with their hooks until the very last moment. ‚Everyone Else‘ is big, epic and nails it. Nico: „For me it’s one of the strongest songs on the entire record – it puts across the important message that you have to keep on track no matter what comes your way.

“Despite their passion for working hard in the studio, their hearts also beat for performing live on stage. Bassist Jan Euler adds: „There is no greater feeling than showing the things that you have worked hard on for so long.“

BREATHE ATLANTIS have gained a lot of expirience over the past few years; having played countless shows with big international bands like SUM 41, MEMPHIS MAY FIRE, ATTILA, BURY TOMORROW, CALIBAN or SLAVES, plus excessive touring throughout their country supporting ANY GIVEN DAY, TO THE RATS AND WOLVES on top of festival appearances, including many shows outside of Germany.Guitarist Joschka Basteck recalls: „My biggest recent highlight was definitely headlining the russian benefiz festival last year. There were more than 15.000 fans celebrating – that’s what we make music for!“ With »Soulmade«, BREATHE ATLANTIS show their spirit and resiliance. With their catchy songs combined with honest emotios,  the future looks promising for the quartet.