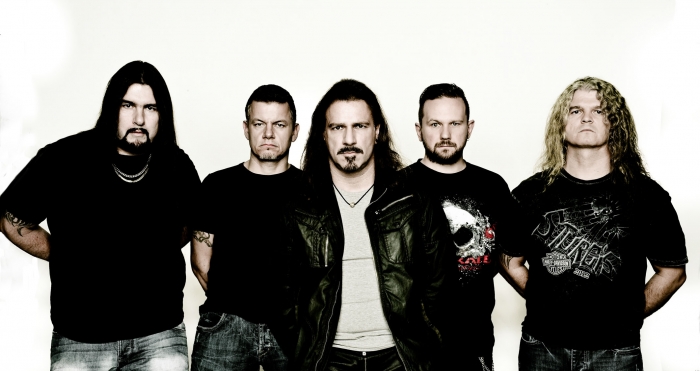 Good news from the BRAINSTORM camp: one of Germany’s premiere metal bands will enter the Greenman Studios to record their upcoming new album with producer Sebastian Seeb Levermann (ORDEN OGAN, Rhapsody Of Fire). The album will be titled “Midnight Ghost”, a release is scheduled for September and the tour will start in January 2019.

“I think people will realize right away that we took enough of time to deliver a special album, our 12th overall by the way, this time. The songs sound very intense, fresh, heavy and aggressive – even after listening to the material for so long now. Our 12th album, so we will record 12 songs and then decide which of these finally end up on the album. We are happy that we were able to secure the services of Seeb, who was our #1 choice and will take us to the limit. We’re so looking forward to working with him – also because we feel that “Midnight Ghost” will become a very special album. Stay tuned for updates, folks!”

Almanac is the new band of ex Rage guitarist Victor Smolski. We also know him from Lingua Mortis Orchestra and on this album he combines both styles to one. Other musicians completing the band are: [Read »]

Strike while the iron is hot is an expression that can be used here. The band didn’t waste a lot of time entering the studio again after their rather successful 2014 album ‘Firesoul’. The first album I [Read »]