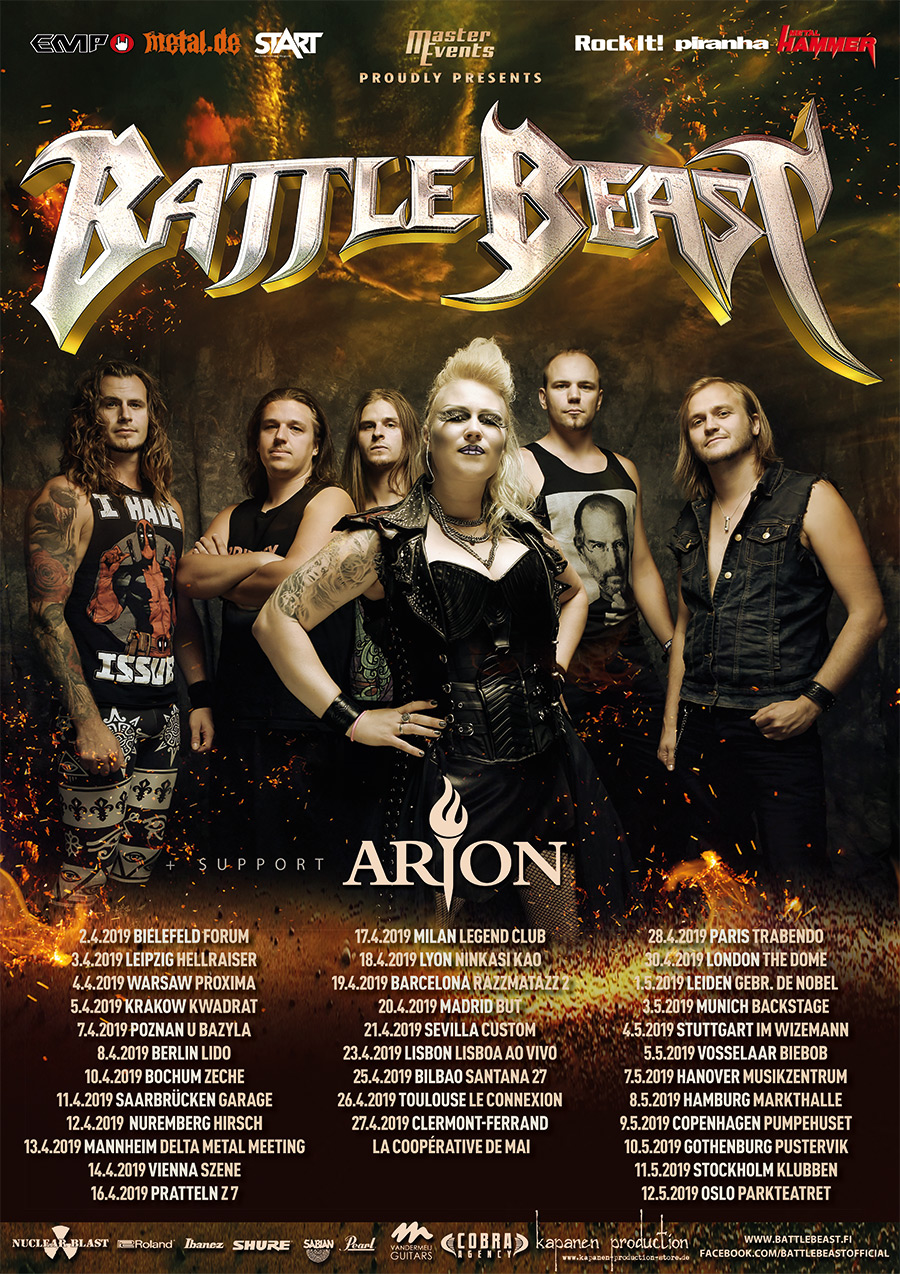 Enormously successful European headline tours, gigs in Russia and Asia, North American tours as support to SABATON, KAMELOT, DELAIN and LEAVES’ EYES, as well as countless festival appearances worldwide: the »Bringer Of Pain« touring cycle let these Finnish heavy metallers visit places that some other bands can only dream of. After playing around 200 shows in support of their latest record, the band is now recording their fifth, yet-untitled studio album. Doubtlessly, its release will once again be accompanied by touring all around the globe to present the group’s new ass-kicking hymns. That’s why BATTLE BEAST are pleased to announce the first touring leg for 2019 today!

Kicking off on April 2nd at Forum Bielefeld, Germany the run will come to an end after 33 shows on May 12th at Parkteatret in Oslo, Norway. The full itinerary can be found below.Vocalist Noora Louhimo states

“BATTLE BEAST has created itself a shiny new skin and we’re showing it off with pride. With music more theatrical and empowering than ever before, we’re taking our listeners to brand new emotional and musical landscapes. This will be an adventure that just needs to be experienced live!”

Support on this roughly 6-week run will come from Helsinki, Finland based modern power metallers ARION, who will be presenting tracks from their brand new, second full-length studio album titled »Life Is Not Beautiful« (October 19, 2018), among others.

Adds Noora, “ARION is one of our absolute favourite new bands with a great future ahead of them. It’s an honour for us to be able to take these guys on their first big tour!”