After their previously announced road-trip with label mates SÓLSTAFIR, ÁRSTÍÐIR have now announced more European tour dates in December in support of their latest release ‘Nivalis’. The “A Special Holiday Concert” run will start at the UT Connewitz in Leipzig (DE) on the 3rd of December and sees the band traveling through 6 more countries before a final curtain on the 20th of December at the Spielbaden in Dornbirn (AT).

“For ten years now we’ve been playing special holiday shows in the Fríkirkjan Church in Reykjavik, mixing our own material with traditional Icelandic Christmas songs that we arrange specifically for the occasion. This December we’re bringing the show on the road in Europe! A lot of you have seen the YouTube recordings through the years and expressed the desire to one day experience this in person – and so we’re super happy to finally be able to bring this show to you. See you in December!” 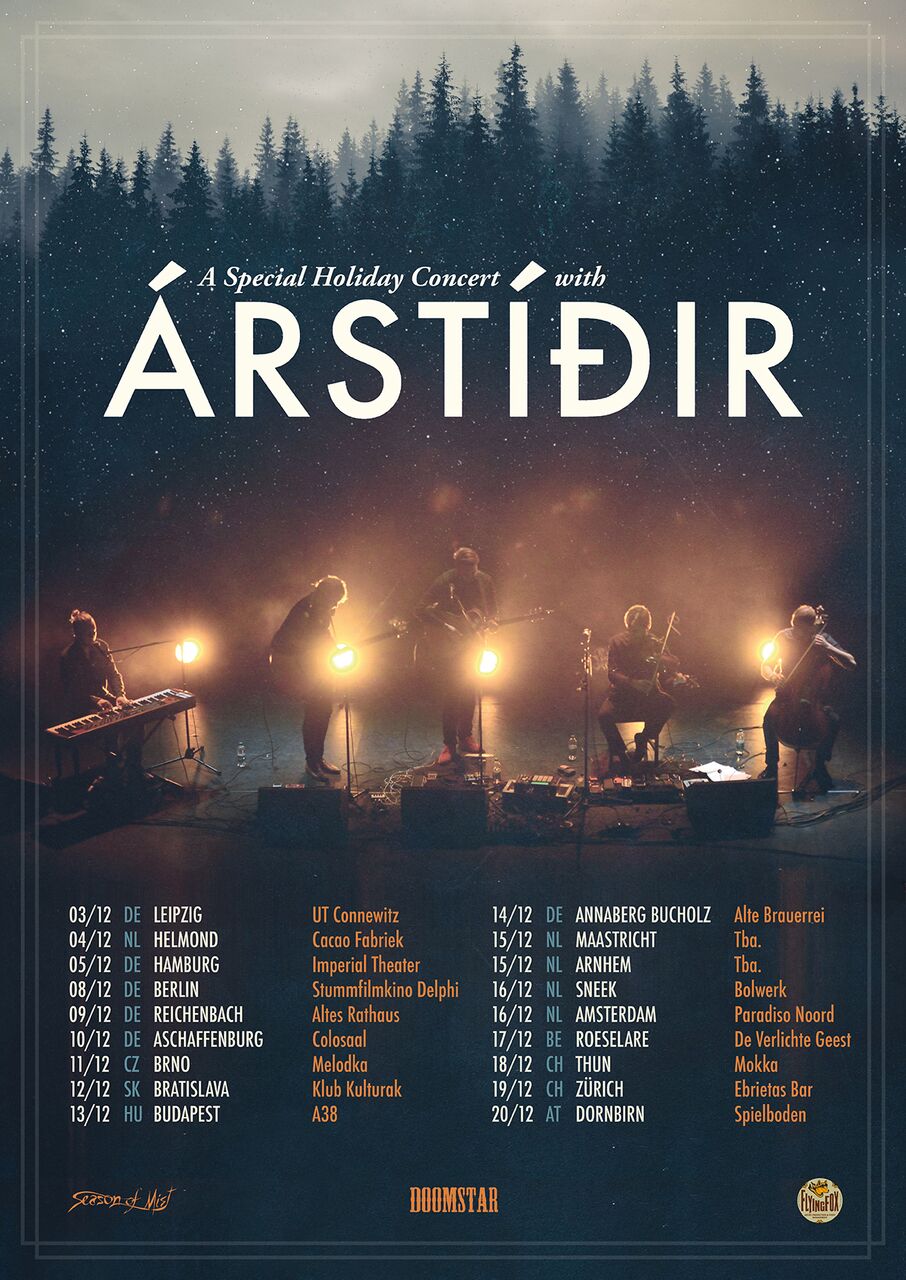 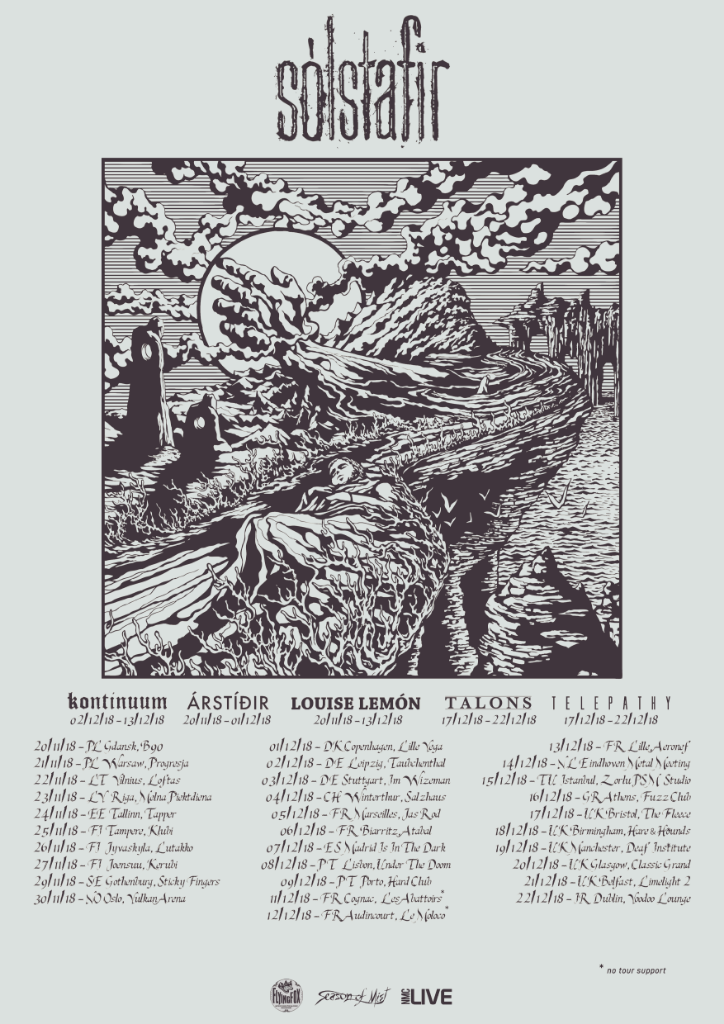 ÁRSTÍÐIR will be touring in support of their latest release ‘Nivalis’ the cover and details can be viewed below. 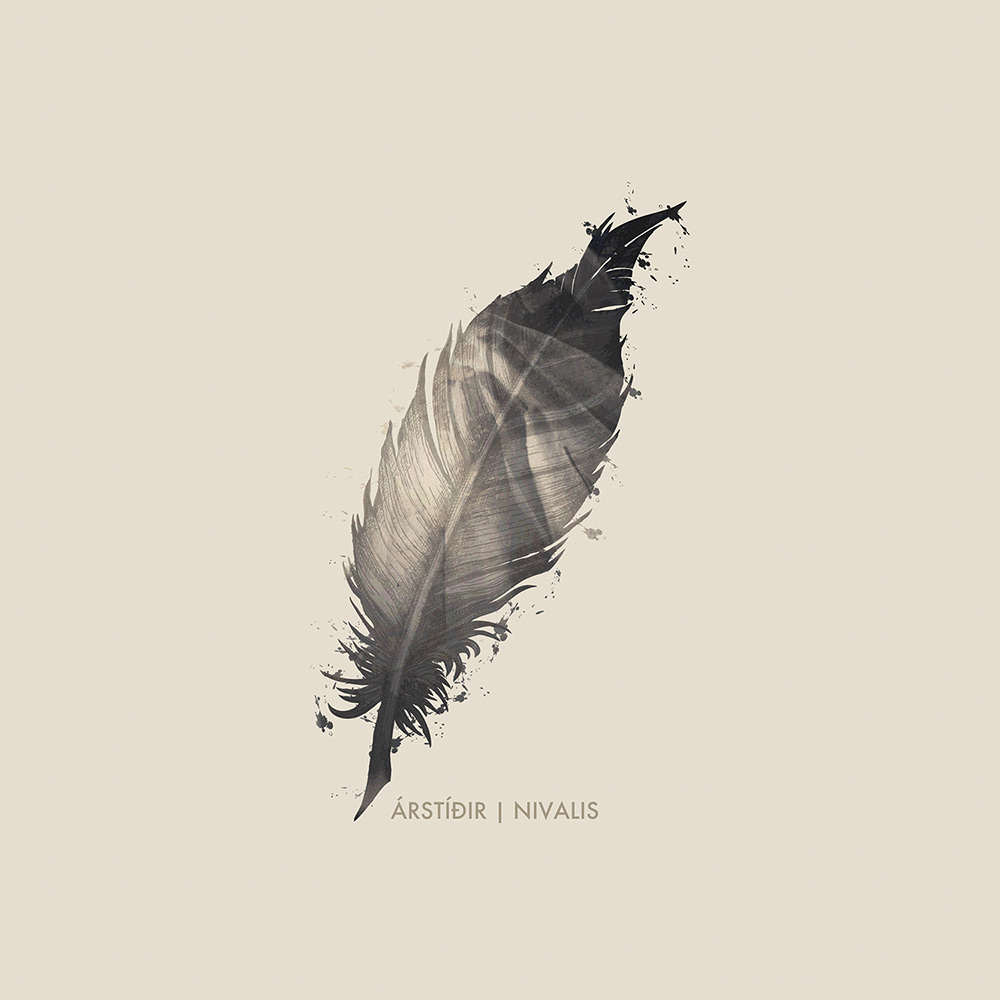 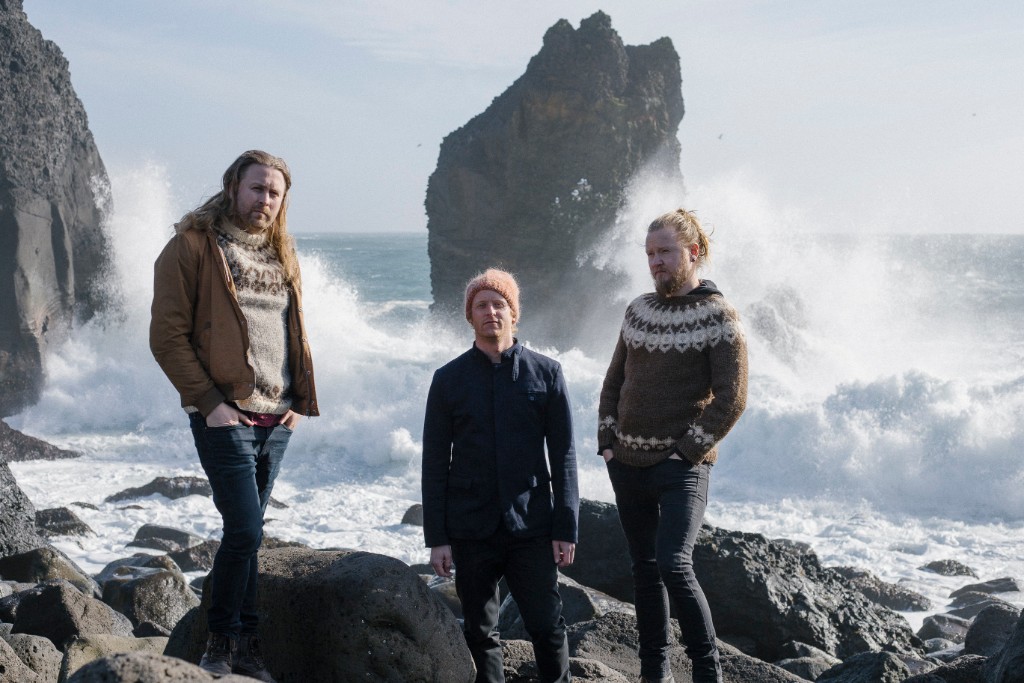 With early lyrical references pointing towards the spectacular nature and scenery of this volcanic island and the strongly contrasting moods of its seasons, the band took the name ÁRSTÍÐIR, which means “seasons” in Icelandic.At home, the band experienced a fast rise. Only four months after its inception, ÁRSTÍÐIR had risen from performing in a coffee shop in Reykjavik to scoring a number one hit on national radio with the track “Sunday Morning”.

Magnús Magnússon: drums and percussion on all tracks

Sigrún Harðardóttir: violin and viola on all tracks except 8