ARCHSPIRE bassist Jared Smith has released a bass play-through video for the song “Remote Tumor Seeker”, which is taken from the band’s 2017 JUNO-Nominated release, ‘Relentless Mutation’. The video can be seen via Bass Magazine at the link below.

Smith was recently named one of Loudwire’s “10 Stupidly Fast Bassists in Rock and Metal” alongside giants such as Geddy Lee, Les Claypool, and more!

Moreover, ARCHSPIRE have recently partnered up with ‘Sheet Happens’, to release the full bass and guitar transcription for their latest full-length, ‘Relentless Mutation.’ The Printed & Digital Books come with an instant download pack containing the Print-Ready Guitar Book PDF (eBook) and the Complete Guitar Pro files. It can be purchased HERE. 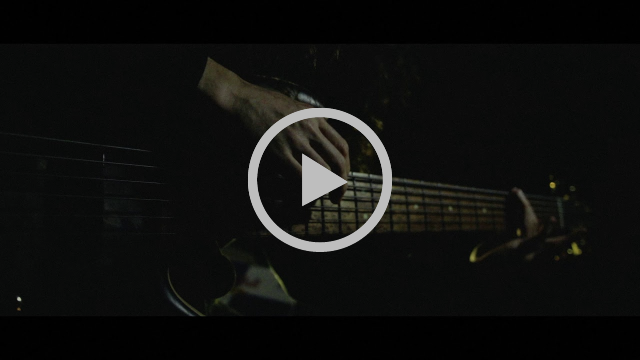 On previous news, after several failed attempts at creating ai-generated listenable death metal, the creators of DATABOTS turned to the music of ARCHSPIRE, which ended up being the perfect template to generating metal tunes via artificial intelligence.

Dadabots is special artificial intelligent (AI) software that creates music. The software, developed by Berkley College of Music graduates Zack Zukowski and CJ Carr, is built upon a “recurrent neural network” that receives data and then uses it to interpret musical sequences on its own. Simply stated, the software teaches itself how to compose music based on the work of an existing band as its data-set.

“The neural net we used listened to ‘Relentless Mutation’ over and over again. All raw audio, no tabs, no midi. It generates what it thinks it hears and tunes itself until it begins to intimate the sounds from the original album. After generating, it randomly stitches the audios together, refills the buffer, and streams it with ffmpeg. Repeat.”

He continues: “The remarkable part is the high quality-to-shit ratio. We tried this with 100 albums and found that Archspire’s music made for the most interesting bot. Zero curation was necessary. Everything it generates sounds good to us. You’re hearing everything it makes. Our theory is the faster the blast beats, the more stable the net. Archspire is absurdly fast – they are basically machines. So far, we haven’t found anything that works better.”

You can now listen to the ai-generated live stream on YouTube here!
24/7, to infinity….

“We’ve been hearing about this ‘AI that’s trained on Archspire writing death metal’ over the past few weeks. Well, here’s the thing: We actually aren’t surprised about this. We’ve been utilizing very similar technology to write our music this entire time. The program we’ve been using? It’s called T.O.B.I. It stands for:

Tobi has been part of our writing process since 2009, and while you may notice that he takes on a physical form as guitarist in the band, rest assured under those tight fitting clothes, he’s more machine than man.”

To hear some of the AI-generated albums that Dadabots have produced, visit their YOUTUBE and OFFICIAL BANDCAMP. More on the project can be read in a document the researchers’ produced in 2017 at THIS LOCATION.

ARCHSPIRE’s latest album ‘Relentless Mutation’ was released via Season of Mist in September 2017. The cover, created by renowned artist Eliran Kantor, and album info can be viewed below.

ARCHSPIRE exploded onto the scene in the year 2009 – after an earlier prelude under the moniker DEFENESTRATED. The band grew out of the rich Canadian scene for technical extremes that includes illustrious names such as GORGUTS or BEYOND CREATION. Yet ARCHSPIRE set out to take the sound to the next level from the start as their debut album ‘All Shall Align’ (2011) made clear, which immediately received critical comparison with the scene’s spearheads like OBSCURA.

The band developed a lyrical concept revolving around a dystopian science fiction universe, which was expanded on their sophomore full-length, ‘The Lucid Collective’ (2014) that witnessed ARCHSPIRE gaining widespread international recognition as one of the hottest names within the tech death community and beyond.