AND OCEANS. The Finns are currently working on new material and will enter the studio later this year. The new studio effort will be released by Season of Mist in 2020.

“It feels odd being back where it all started 22 years ago, and nearly with the same crew and staff. Damn we are old. But still energetic enough to plunge into the old black metal storm with wholehearted reverence and unconditional vengeance. There’s always room in the soul for some darkly wise tunes and that’s something we’re gonna prove you guys on our next album, which will be recorded during late autumn 2019.”

AND OCEANS are available for interviews. Please reach out to Laetitia Abbenes via laetitia@season-of-mist.com for more information. 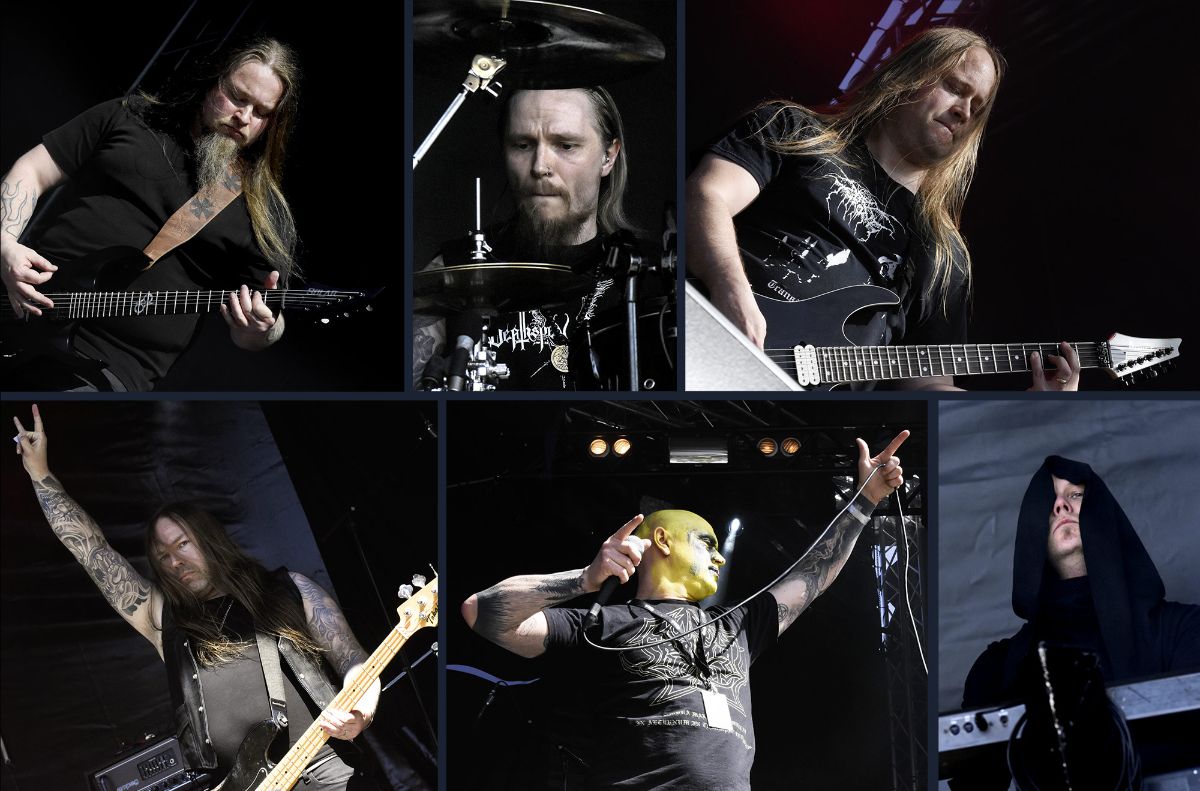 AND OCEANS emerged the scene with an exceptional and unique symphonic approach to the music. Still seeking the musical path to take, the Finns delivered a few demos before signing to Season of Mist 22 years ago.

At this point the band had already found its path to walk, shaping the music and lyrics away from the regular black metal outfits and topics with ambient parts and lyrics twisting the reality, using different languages and provoking and confusing both the media and fans.

1998 the debut album ‘The Dynamic Gallery of Thoughts’ received strong feedback in the media and the word got out in a fast pace, which lead to a split album ‘WAR’ with label mates BLOODTHORN; an album featuring new songs and covers. A new perplex album ‘The Symmetry of I, The Circle of O’ was already in the making and which in 1999 pushed the boundaries even further.

Entering the Abyss Studios with the Tägtgren brothers in 2000 changed the whole band once again. The album A.M.G.O.D. was musically very far from the early symphonic black metal delirium with its electronic post-modern approach.

After touring with MARDUK, MORTICIAN, VADER etc. the band re-entered the Abyss Studios to record a more of an elementary album featuring industrial and power electronics vibes. In 2002, when the last album ‘Cypher’ was released, the band had reached its full circle and decided to call it a day.

17 years later, and after many discussions and questioning, AND OCEANS decided to re-form for a couple of gigs with a few new members: Kauko Kuusisalo (AEGRUS, GLORIA MORTI, GOREPHILIA) on drums, Petri Seikkula (BAPTISM) and Antti Simonen (MORIAN, ALGHAZANTH) on keyboards. Seems like the era for AND OCEANS hadn’t come to an end after all. A new album is on the run, new performances are in the pipeline, a new deal with ‘already familiar’ Season of Mist has been signed – one could say they’re back.