While about to play the final shows of their European tour, ANCIIENTS have won the prestigious JUNO Award, which is the Canadian equivalent of the American Grammy in the category metal/hard rock record (https://goo.gl/BAmEXh) for their latest full-length ‘Voice of the Void’. Congratulations!

“Wow! We just woke up in Vienna to the news that we have won the Juno award for best metal/hard rock record at the 2018 Juno’s. Needless to say we are stoked, but owe a lot of thanks. First off we want to thanks our families for allowing us to take time away to do what we love to do. Jesse Gander, you’re a magician, thanks to you and Mark for all of your hard work helping us make this record. Gordon Conrad, Michael Berberian, Enrique, Greg, and everyone at Season of Mist. Thank you guys for everything over the last 5 years, it’s been amazing working with you guys! Sean Palmerston, you’re the man, thanks for everything over the years! Alison for your amazing artwork, you kill it every time! Sab, for doing anything and everything we ask of you. You’re a great friend and are our MVP behind the scenes. Thanks to all of our fans for the continue support! Onward and upwards.”

Please see below for a list of all remaining shows on the current European tour. 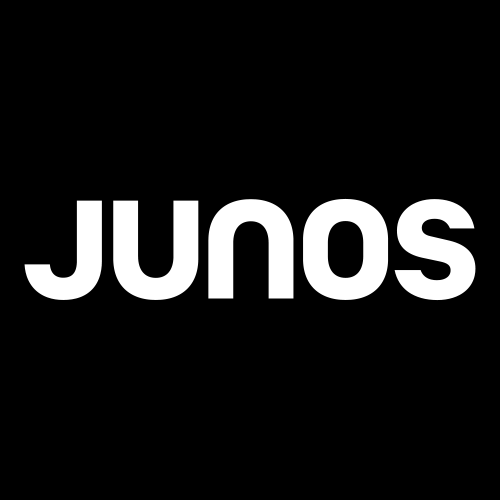 ANCIIENTS have come close to the end of their European tour in support of ‘Voice of the Void’.

A list of all remaining dates can be viewed below. 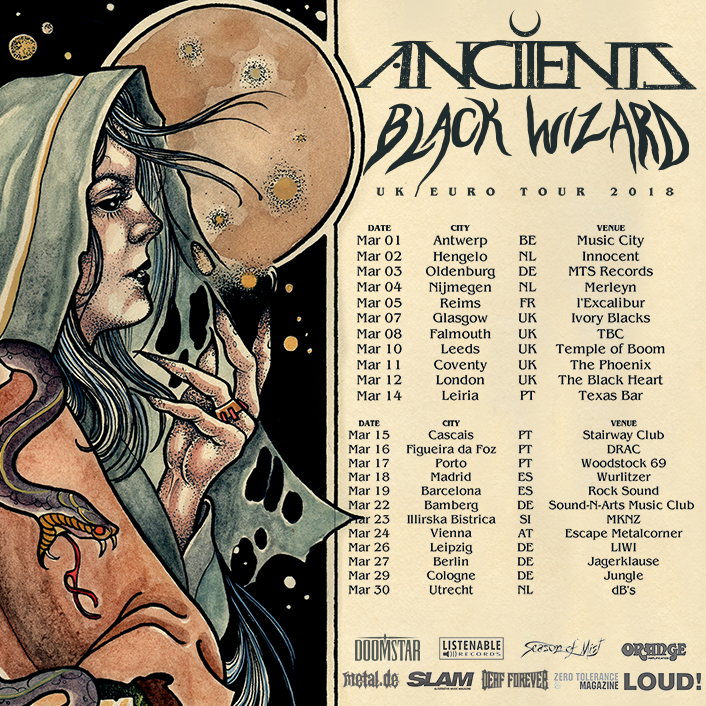 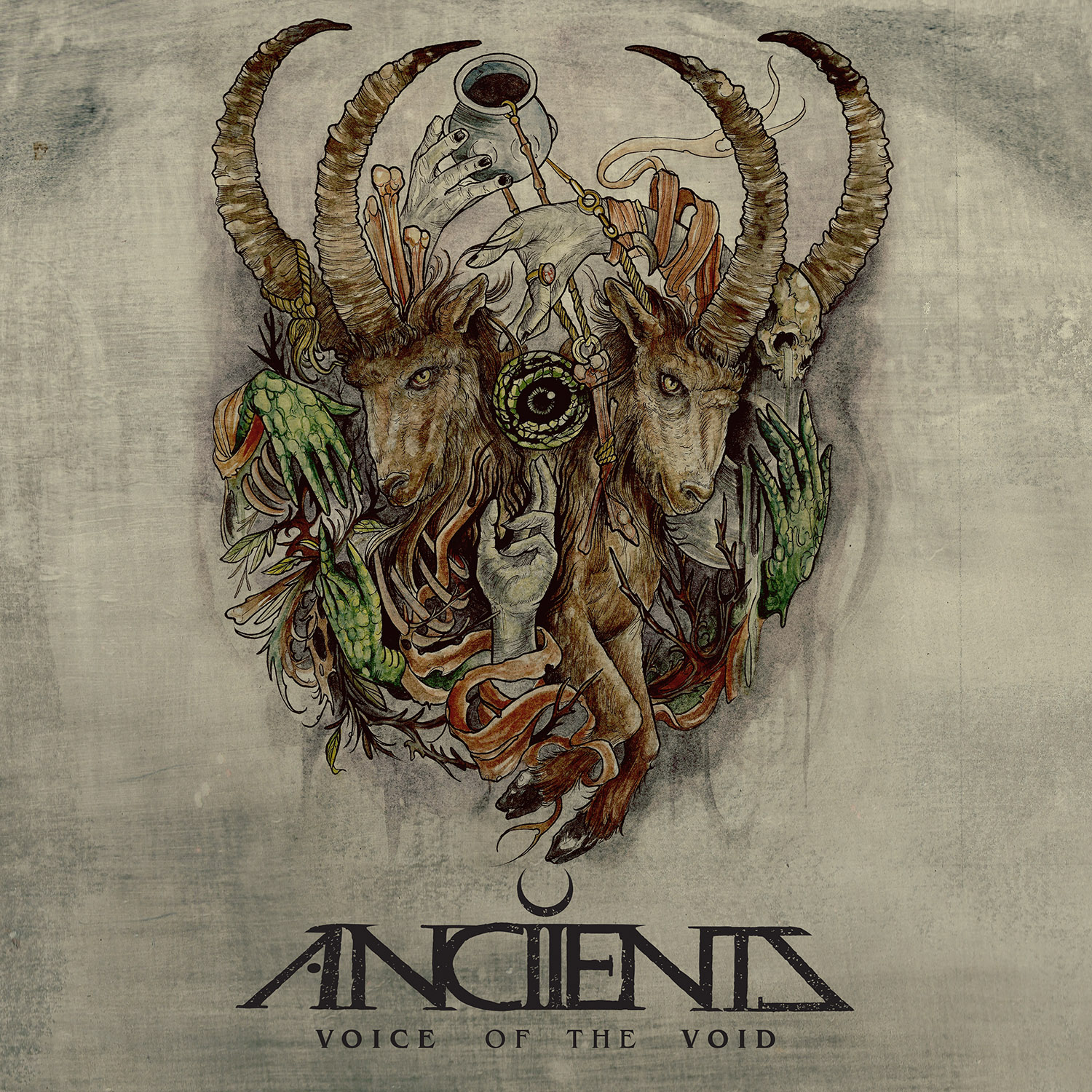 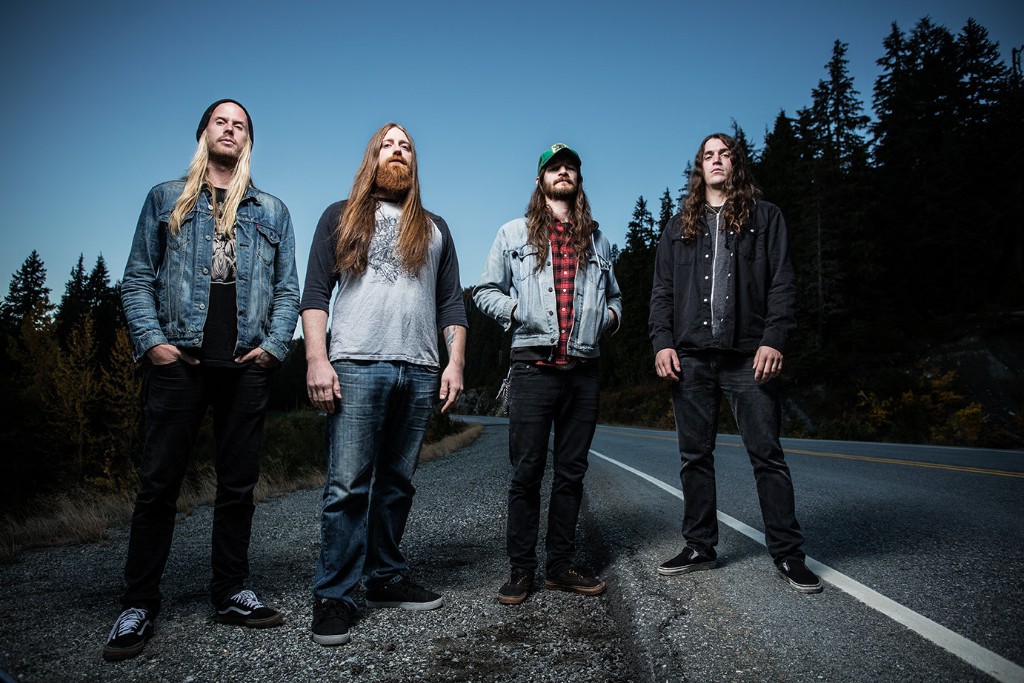 You want an album that delivers smoking hot rock and delicious heaviness in equal measure? ‘Voice of the Void’ does exactly that. An avalanche of brilliant riffs comes crashing down your speakers, driven by a relentlessly pounding rhythm section. Vancouver’s ANCIIENTS have no time to spare, no fillers, no hesitation, they are just pushing and pulling and banging those heads from start to finish.

With their sophomore opus ‘Voice of the Void’, the Canadians are fulfilling all the glorious promises that ‘Heart of Oak’ (2013) already made. In comparison to their critically acclaimed debut full-length, which already contained the musical equivalent of the warm flow, solid earthiness, and beautifully dark undertones of whisky matured in ancient oak casks within an intoxicating song-writing, the new songs have exponentially boosted the tasty formula unique to this band.

ANCIIENTS have remarkably honed their composition skills and moved further into their very own musical territory, which makes it considerably harder to just liken this band to kindred spirits such as MASTODON, KYLESA, BARONESS, THE SWORD, and HIGH ON FIRE and happily drop them into the same box without second thought. Those amazing vocal duels between grim growling and clean singing, which have been brought to perfection, would alone support the constant tension and high dynamics of this record. Yet of course, a barrage of crunchy riffs as their instrumental counterpart maintains the proper balance.

ANCIIENTS were founded in 2009. The outstanding guitarist and vocalist duo Kenneth Paul Cook and Chris Dyck is flanked by Aaron “Boon” Gustafson on bass and drummer Mikey Hannay, who constitutes a mighty powerhouse of quite complex yet heavily driving rhythmical patterns. With the release of their 7″ EP “Snakebeard” (2011) alone, the Canadians were invited to join on the stages of HIGH ON FIRE, GOATWHORE, BORIS and THREE INCHES OF BLOOD. More touring and festivals shows followed the release of highly praised ‘Heart of Oak’, but now ANCIIENTS are ready for the next giant leap of their career. Let ‘Voice of the Void’ rock your mind!

Anciients – Voice Of The Void

I first heard Anciients about two years ago, which is about a year after their debut album “Heart Of Oak” was released.  The band and album did what rarely happens with me, and that’s start [Read »]