AGRESSOR will reissue their acclaimed third full-length, ‘Symposium of Rebirth’ (1994) in its original version, which comes together with a fully re-mastered edition on 2CD and also as gatefold double-vinyl that both contain several bonus tracks. The release date of this collector’s dream come true under the name of ‘Rebirth’ has been scheduled for June 8th, 2018.

The French death metal innovators are offering the re-mastered version of the track “Overloaded” as a taste of things to come via YouTube at the link below.

Album cover and information about ‘Rebirth’ can be found below. 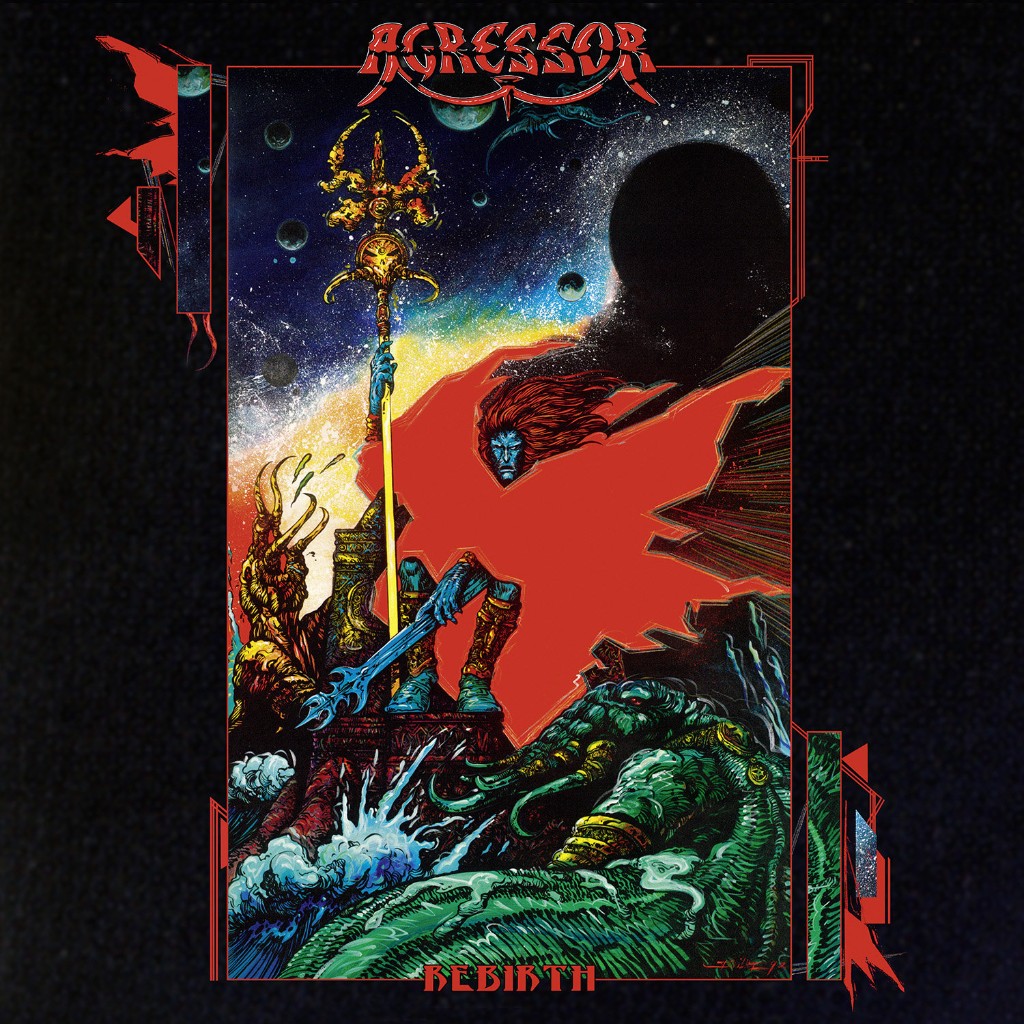 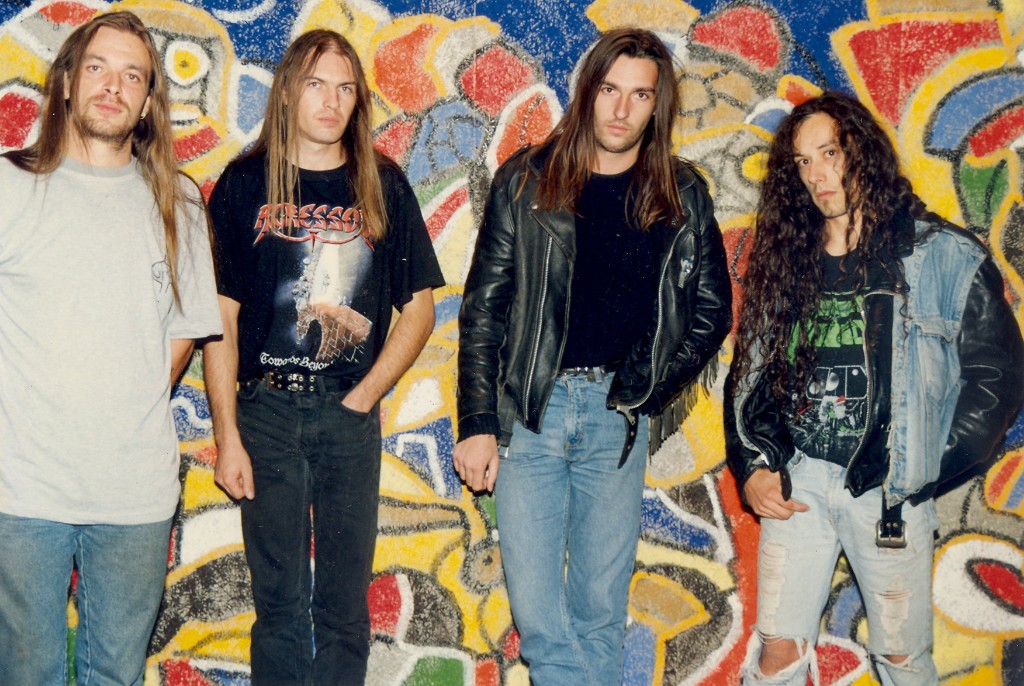 Upon its release in 1994, ‘Symposium of Rebirth’ propelled AGRESSOR to the elite ranks of extreme metal bands. The French metal pioneers were forward thinking in many ways. Musically, their unique sound is based within the newly burgeoning death metal scene of the early nineties yet comes with a solid dose of the original thrash heritage, which invites comparison with DARK ANGEL. Not content with the limitations of their genre, AGRESSOR added orchestral elements and even went as far as to cover parts of Basil Poledouris’ iconic soundtrack for the movie ‘Conan the Barbarian’ and a cooperation with the Choir of the Opéra de Lyon. The album artwork of ‘Symposium of Rebirth’ was designed by legendary French graphic novel artist Philippe Druillet – famous for his psychedelic SF series based on the character Lone Sloane.

AGRESSOR were founded in 1986 and immediately presented their first demo, ‘The Merciless Onslaught’ in the same year. The Southern French band’s second demo, ‘Satan Sodomy’ (1987) caused some scandal due to its sexually implicit cover and black metal undertones. At the time of the release of their split with LOUDBLAST entitled ‘Licensed to Thrash” (1988), AGRESSOR had begun touring in French speaking territories alongside such soon to be renowned bands as SAMAEL, SODOM, MESSIAH, and LIVING DEATH.

AGRESSOR became the first French metal act to be signed by an international label after recording the demo, ‘Orbital Distortion’ in 1989. A year later, the band began cooperating with Philippe Druillet for the visuals of their debut album, ‘Neverending Destiny’, which received a warm welcome with its combination of brutal thrash riffing and what would now be considered an early form of technical death metal.

Their sophomore full-length, ‘Towards Beyond’ (1992) was produced by Börje “Boss” Forsberg of BATHORY and Black Mark fame and came with ultra-heavy passages on top of their trademark technical riffing. AGRESSOR continued to spearhead the French extreme metal scene with their following release as well as through touring with such renowned acts as MORBID ANGEL, OBITUARY, PESTILENCE, BIOHAZARD, SINISTER, and WARGASM.

Following a UK tour with CRADLE OF FILTH in 1996, the sole remaining founding member, vocalist and guitarist Alex Colin-Tocquaine put the band on a short hiatus, but AGRESSOR returned with ‘Medieval Rites’ in 1999 and more live activities. Their latest album under the programmatic title, ‘Deathreat’ was released in 2006 and since then the French have occasionally played rare shows.

Now AGRESSOR will reissue the death metal milestone and acclaimed masterpiece, ‘Symposium of Rebirth’ both in its original form with bonus tracks as well as in a re-recorded version with even more extra material.