Please tell me about your musical background.

Chris and Jibs both started the band back in school and have been playing music for years, the same goes for the rest of the band. Over the years of playing shows together different members started joining and eventually formed what is Oceans Ate Alaska today!

What is the story behind the band name? How did you come up with it?

It was named after the biggest mega tsunami in recorded history! The gulf of Alaska was literally swallowed by the sea back in the 1950’s and one newspaper headline read ‘Oceans Ate Alaska’ we thought it sounded cool and represented our music well! 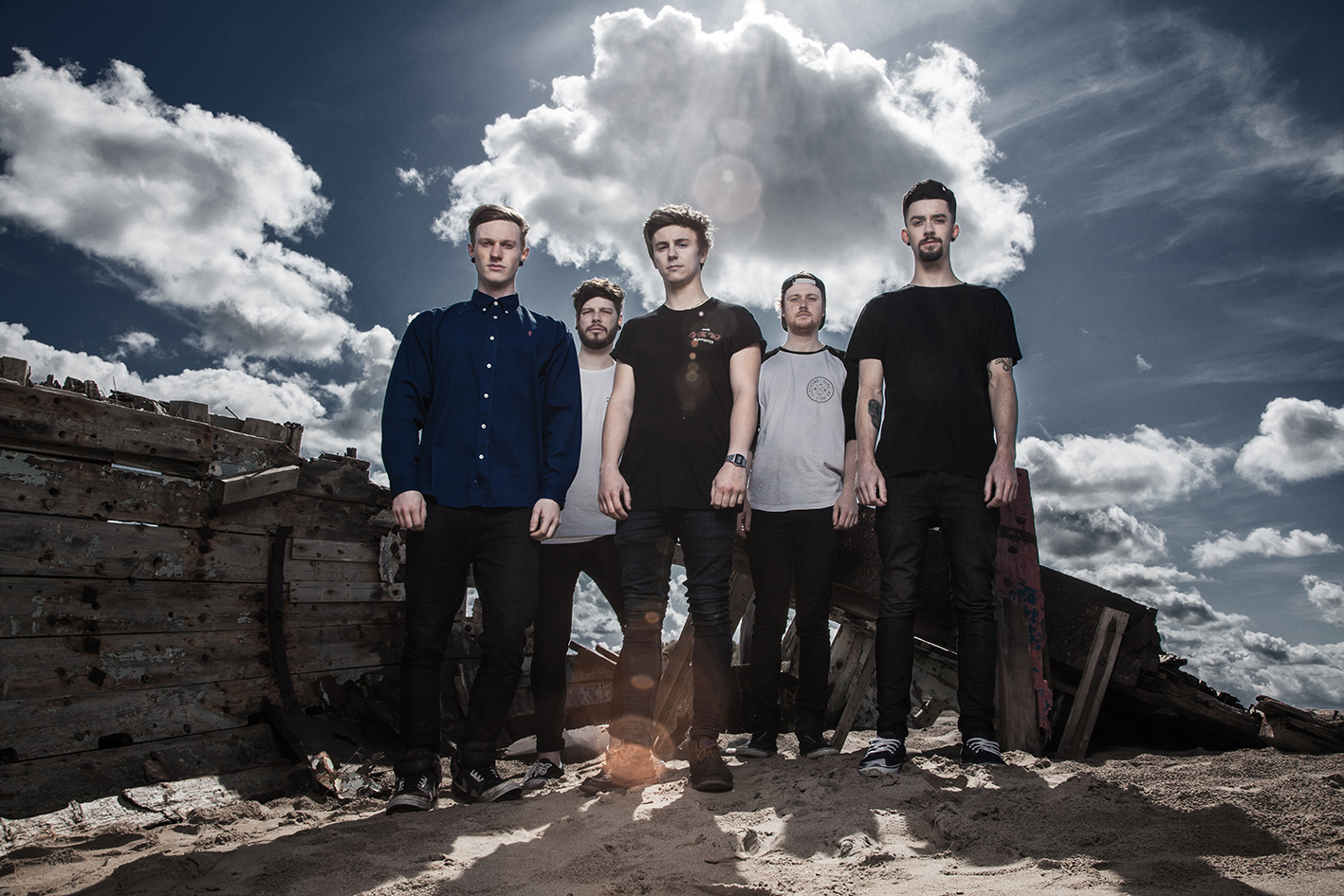 During the first years, Oceans Ate Alaska was an independent band. Which struggles did you have to go through as a new, unsigned band?

Spending all our own money on funding every part of being in a band. It’s an expensive business and you have to work hard at every single aspect of it. You can’t ask for anyone’s help, you need to promote yourselves! No band that’s doing well today has got lucky, it’s all about hard work.

The number of metalcore bands nowadays is quite high and it’s hard to stand out. What do you think is important to stand out as a band in this genre?

Don’t just listen to metal. Expand your musical horizons, listen to different genres and try implement different ideas to your sound. And PRACTICE.

How do you guys approach songwriting in general?

We take every second into consideration and make sure everything is perfect. We write every song so it starts and finishes with the listener on the edge of their seat. We always write with Chris so it’s always rhythmic ally interesting and James adds his vocals at the end as the final touch!

Comparing your debut album “Lost Isles” with the EP “Into The Deep”, one can really hear the progress in your songwriting and style. How or by which element in your music do you personally think your development is reflected best?

Honestly? All of it, we’ve improved as musicians and to pin point one element of it is impossible.

Your music covers many styles. However, is there a certain direction you want to explore more during the next years?

There’s no certain direction. Just as long as the next record is better than the last that’s all we care about. We write because it’s what we love doing, and love writing music that gets us excited. As long as we are excited then we are happy!

Which are the next steps in Oceans Ate Alaska’s musical journey?

Starting off at an interesting pace, “Echoes” by Gracepoint is full of the twists and turns that you’d expect out of a modern-day progressive metal band.  Tight and precise, the group journeys through 10 tracks [Read »]

Interview with Danny Marino from The Agonist

February 2015 Which struggles did the band have to go through while searching for a new singer? We needed to find someone who can do all the vocal styles that are necessary to be in [Read »]