Hello Francesco! Thank you for doing this interview with us. And congratulations on the release of your album.

What did you and the band do to celebrate?

First of all, we took some time home to rest, ahah, Some quality family time and great food are the best for us. No hard partying and such for sure!

This time around you decided on an Italian title for the album. What does it mean exactly?

“Veleno” literally means “venom”. We liked the idea of paying tribute to our home country by using our native language. Also, we love how it sounds: delicate but also menacing at the same time. 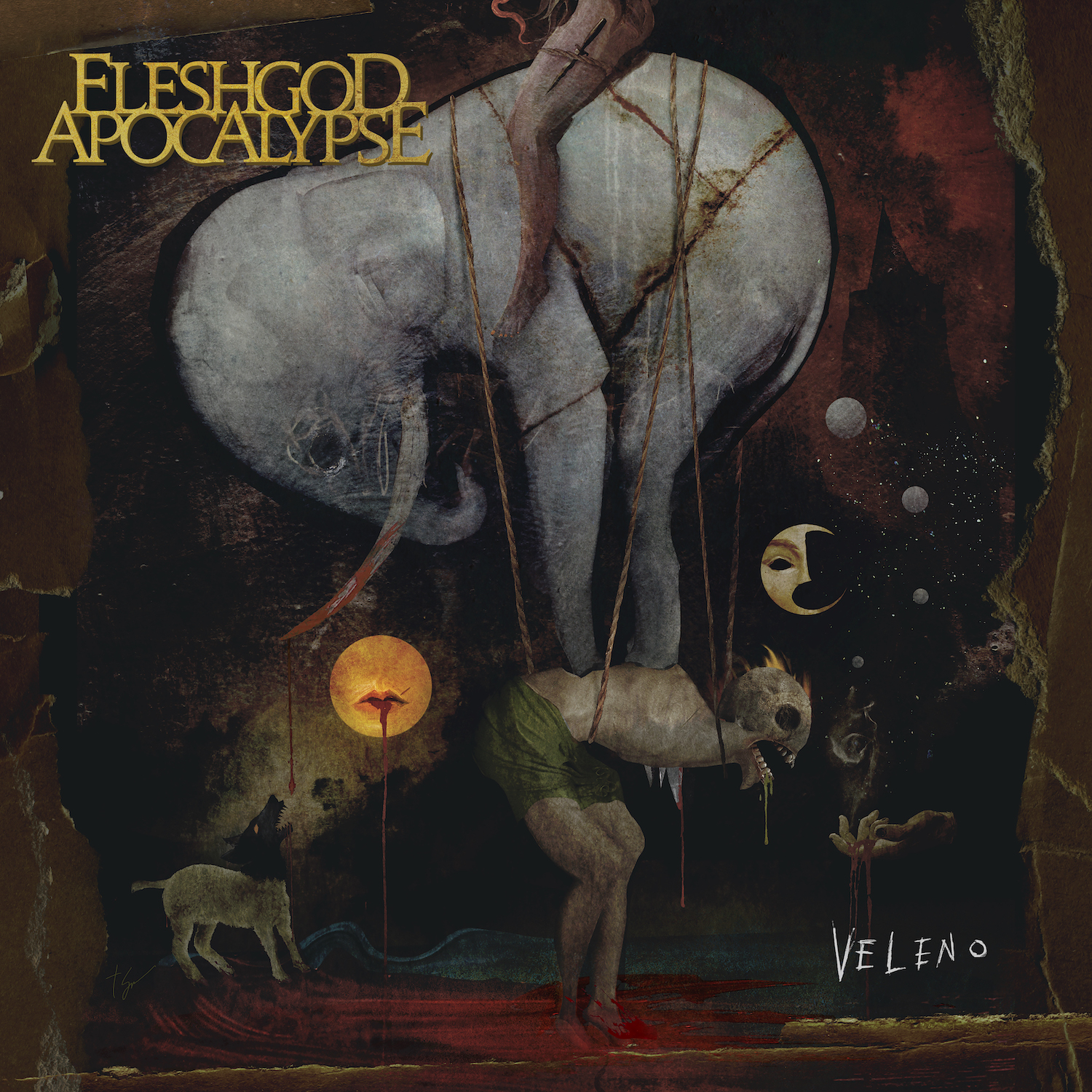 Could you tell us about the theme surrounding “Veleno”?

We address many different themes actually, from drug abuse to religion, but while writing the lyrics we realized all the songs had a phantom thread, a ‘fil rouge’ that connected all of them. That thread is the idea of ‘poisoning’, a concept that can have so many different layers and meanings. Our analysis is centered on the relationship between the man and the nature, intended both as natural environment and ‘human nature’. That ‘poison’ can be physical, like drugs, or metaphorical, like religion or superstitions. But it all starts from our tendency to establish our supremacy over Nature, overcoming our own limitations artificially or superimposing a ‘meaning’ over what’s happening around us in order to control it, to dominate it. But those are pure illusions, a series of self-generated, self-inflicted ‘poisons’ for mankind.

How does it differ from its predecessor, “King”?

This is more unpredictable in many ways.

“King” was treated as a whole song, so to speak, where you had different ‘acts’. The instrumentation, the arrangements, the overall vibe were intended to be absolutely homogenous, almost like a ‘rock opera’ in a traditional sense, as we presented a series of defined characters within a very specific story. That’s his strength, of course, and that’s why people love it.

On this one, instead, we had many different themes to cover without the restraint of traditional storytelling. Therefore, we chose to experiment with instruments, techniques and musical influences that we had never explored before. And we deliberately decided not to put any limitation to our inspiration, that’s why it’s probably the most varied album we’ve ever released.

How was the process like and how long did it take to record and compose the album?

The process was more spontaneous than ever before. As I said, stylistically we felt more free, but also our approach to songwriting was different. Before “Veleno”, we always wanted to take a break from tours to focus solely on the album. That gives you more time to compose during the day, but also puts a strong constraint on the inspiration flow, since you have to respect a tight schedule in order to release the new album and hit the road again. Sometimes you look at the blank page and inspiration is not there, but the clock is ticking… This time we decided to take our time and write when we felt inspired, in between tours or even while touring. So, unlike before, “Veleno “ has taken years to be completed. Almost three, to be more specific. What were the easiest and most challenging parts of getting this album done?

Well, getting an album done is never really easy for us, hehe. Every bit of the process requires time, commitment and attention. That’s how we like to work, we don’t know any other way to do it. We’re truly committed to what we do.

The hardest part is probably… setting things in stone. When you realize the time is over and you have to deliver it’s always hard, because you’d keep working on things forever. We’re perfectionists, and for a perfectionist there’s nothing worse than the delivery date.

No, the process didn’t change at all. Me and Francesco Ferrini always took care of the songwriting and creative process for the band and even when I was playing drums live I was still composing other stuff as well. Let’s say that the big change for me is in the live shows.

I’m sure a lot of fans appreciate the fact that the digipak includes a Blu-ray release of your gig in Perugia, especially for those who haven’t had the chance to see Fleshgod Apocalypse live. When did you start tossing the idea around for filming and what did it take for it to come to fruition?

I think having a live album, or video, is a true milestone, especially for a band like us. Live shows are a crucial part of our ‘message’,, they’re deeply connected with the music itself. As well as costumes, videos, photos, album art etc. We wanted to show everybody, including people who haven’t had the chance to see us live, what you can expect from us on stage. And that idea had been in our mind for years, so we’re really proud of what we achieved. It took so much time of preparation, especially because we had a full strings quintet with us, a full stage production, Co2 geysers, confetti and seven different cameras. Coordinating everything was really exhausting, but the result is worth the effort! Here on Power of Metal, we like to take the time to get to know our favorite musicians. Please tell us some bizarre facts about yourself?

Ahah, help! I don’t know. Well, I’ve never played a video game in my life, never watched a TV series, and I don’t know anything about soccer. That’s why Veronica, Francesco (Ferrini) or Paolo respectively have my back whenever I end up discussing something like that with someone I don’t know. All I have to do is smile and say “Yes, sure!”, ahah!

What do you do when you’re not doing anything related to the band?

If we talk about other working activities, me and Francesco Ferrini have a music production company called Midas Productions. I invite everybody interested in a collaboration to check out our portfolio and services. In my free time instead, I like to spend time with my family or wander into the wild nature. I’m a huge fan of outdoor and winter sports.

What plans do you have for the rest of the year, touring and otherwise?

We already have a few festivals in the summer, including Graspop.

This fall we’ll start our worldwide campaign for the album, starting with Japan, Australia and then Europe. We have plans for next year as well, but it’s still top secret or now. We’ll also keep working on new video clips and, of course, music for the next record. It’s never too early!

A quick message to your fans?

I want to thank everybody for the insane feedback we’re receiving on the album. It’s moving, really. We owe you everything!

Thanks again for taking the time to answer our questions, Francesco. Have a wonderful day!

Italian technical death metal outlet, Fleshgod Apocalypse, have truly made a name for themselves since their formation in 2007 in the extreme metal community. Now, with three albums under their belt, they release their fourth [Read »]